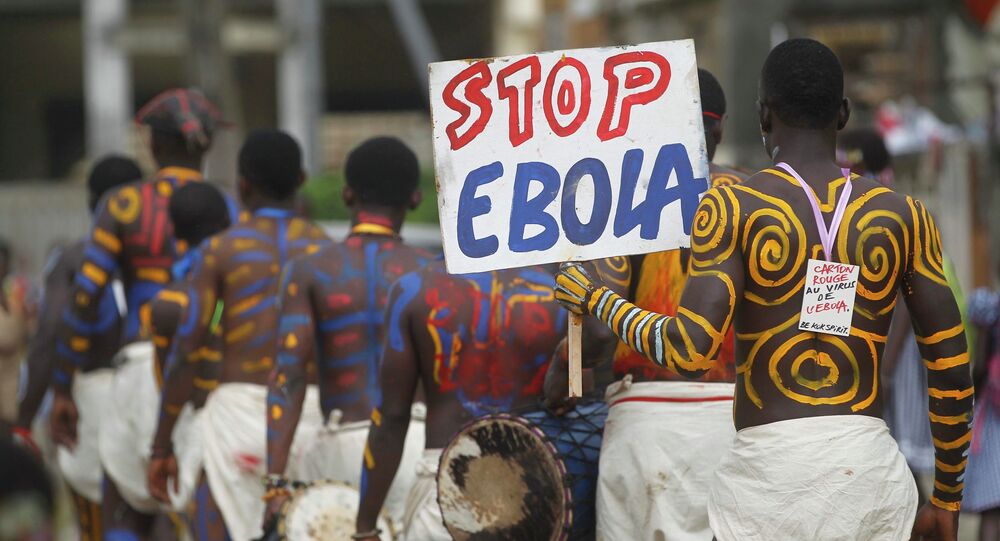 The number of those infected with the deadly Ebola virus in Western Africa reached 25,516 people with 10,573 number of deaths, according to the World Health Organization (WHO).

© AP Photo / Abbas Dulleh
Western Media Overlooks Africa Role in Fighting Ebola Disease
GENEVA (Sputnik) – The number of those infected with the deadly Ebola virus in Guinea, Liberia and Sierra Leone, which are now hotbeds for the disease, has reached 25,516 people, the World Health Organization (WHO) said Tuesday.

The total number of deaths from the disease in Guinea, Sierra Leone and Liberia is 10,573, according to the statistics, published on the WHO website.

While Liberia accounts for approximately one third of the fatal cases, Sierra Leone encompasses the biggest number of infected with Ebola – 12,139 people.

Despite the fact that there exists no officially approved cure for the disease, several countries, including Russia, the United States, the United Kingdom, Canada and Japan are currently working on developing a vaccine.