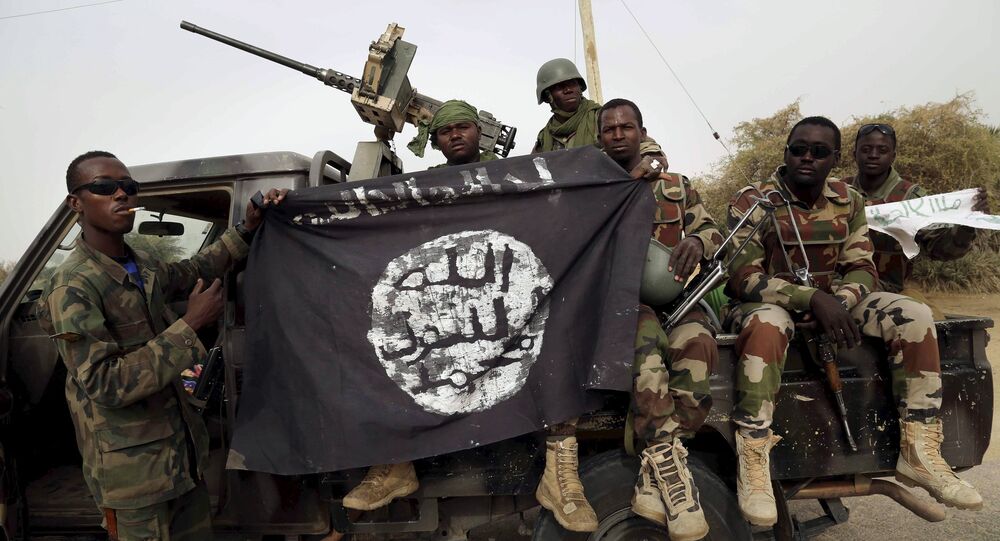 A new summit of West and Central African leaders on April 8 could lead to a final push against the group which has plagued Nigeria and bordering countries for years.

African leaders are planning on organizing a new joint strategy against Boko Haram at a summit planned for April 8.

The new summit could mean the beginning of the end for Boko Haram's insurgency as the newly elected Nigerian president-elect promised to spare no effort to get rid of the organization.

It is unknown if Nigerian President-elect Muhammadu Buhari will take part in the summit because he does not take office until May 29.

© REUTERS / Afolabi Sotunde
Nigeria to Retake Boko Haram Territory in One Month - President
Buhari has also promised to take the lead in fighting Boko Haram over from Chad, which has been leading the offensive up to now.

Nigerian President Goodluck Jonathan previously promised to wipe out Boko Haram by May. On April 20 he said that the militant group was getting "weaker and weaker by the day."

This could mean that a broader coalition will be formed to fight Boko Haram than the current one which is composed of only Niger, Nigeria, Chad and Cameroon.

Muhammadu Buhari scored an unexpected win in Nigeria's general election on March 28. Nigeria was considered politically divided as violence plagued the country in the lead-up to the election.

"Boko Haram will soon know the strength of our collective will and commitment to rid this nation of terror and bring back peace," Buhari said on Wednesday.

Buhari, a former military dictator, won the election in part thanks to the remaking of his image to one of a democracy supporter. Embracing digital technology to connect with young voters also helped draw broad support across the population.

Boko Haram has been facing setbacks since an increased government campaign which began after Nigeria's general election was pushed back from February 14 to March 28 due to jihadist violence.

© AP Photo / str
Nigerian Army Retakes Ground From Boko Haram in Key States
The Nigerian army's renewed push against the group led to gains which allowed the country to conduct the general election. The election went on in relative peace despite several Boko Haram attacks on villages in the northeastern part of the country.

Buhari's election could also mean a more active campaign as the President-elect is known for his conflict with Chad. Chad held parts of Nigeria in 1983 when Buhari seized power in a military coup and was the country's military dictator for almost two years.