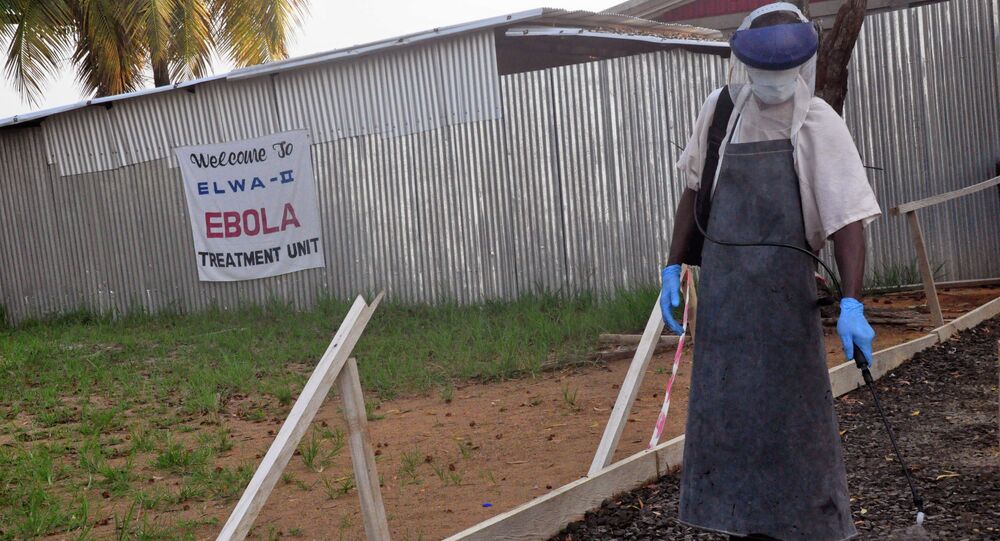 Hopes of eradicating the virus have been tempered by news that the number of new confirmed cases increased at the end of February.

© AFP 2020 / THIERRY CHARLIER
International Conference Aims to Wipe Out Ebola
The number of new confirmed cases of the Ebola virus in the week ending March 1 totaled 132, reports the World Health Organization, an increase of 33 cases from the previous week, when 99 new cases were reported.

According to the report, for the first time since May 2014 no new confirmed cases were reported in Liberia, but cautioned that "surveillance in Liberia is currently less than optimal," with only 45 laboratory samples tested in the country, compared to 1,531 in Sierra Leone and 270 in Guinea.

Guinea reported a jump in the number of cases to 51, compared with 35 the previous week, with the majority of new cases arising from unknown sources; 49 percent of the confirmed cases were from unregistered contacts. The number of new cases in Sierra Leone rose to 81, 26 of which were in the capital, Freetown, and 22 in the district of Bombali.

© AP Photo / Michael Duff
Fight Against Ebola Cost European Union $1.3Bln - EU Chief
On February 26 the International Medical Corps reported that the spike in Ebola infections in Bombali had been traced back to one man, who escaped from quarantine in Freetown and travelled back to his home village of Rosander, close to the district capital, Makeni. According to the organization, which runs a treatment center in Makeni, 31 cases have subsequently been reported in the village, and the settlement of 500 people was put under quarantine by the Sierra Leone army.

On Tuesday the UN chaired a conference in Brussels which was attended by the presidents of the three West African countries afflicted with the disease, which set a goal of getting the number of cases down to zero. Getting to zero cases, said Dr. David Nabarro, the UN Secretary-General’s Special Envoy on Ebola, "is the hardest part and a bumpy road," which requires full engagement from the international community.