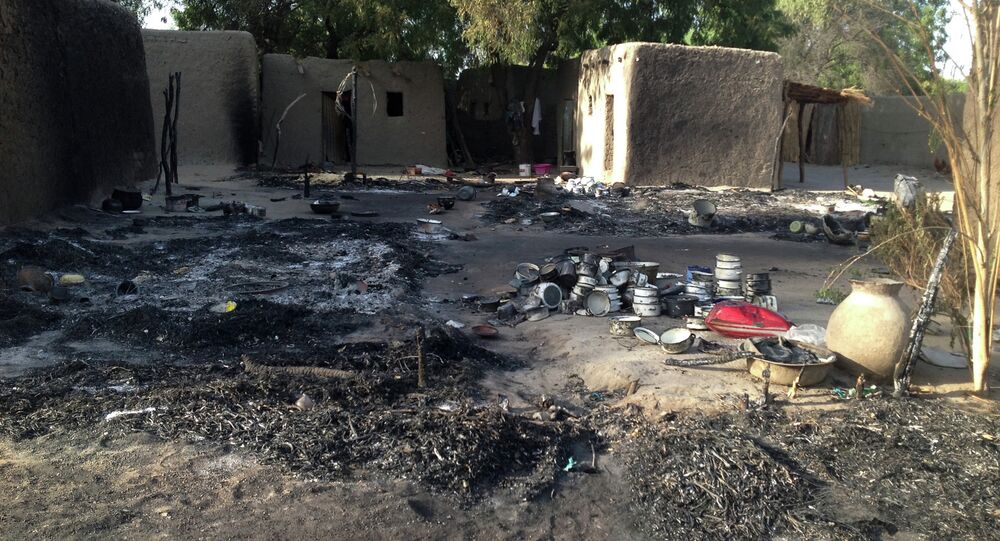 An airstrike killed 36 people at a funeral in a Niger border town mistaken for a Boko Haram gathering, while the group continues attacking civilians.

© AP Photo /
Beyond the Murder: Missing Children and the Impact of Boko Haram’s Terror
An airstrike in the border town of Abadam in Niger killed 36 people and injured another 27 when an unidentified plane bombed a funeral procession, likely mistaken for a gathering of militants, on Wednesday.

An official from Niger blamed Nigeria's Air Force, which denied the allegations of having carried out the bombing.

"It's not to my knowledge and there has not been any report from our people of such an incident," Air Commodore Dele Alonge, a spokesman for Nigeria's air force, told AFP.

Also on Wednesday, eight civilians were killed by Boko Haram fighters in a village in northern Cameroon, where they set houses on fire and stole around 70 cattle.

© AFP 2019 / STR
Boko Haram Exterminates Another Town as Nigeria is Consumed by Chaos
Earlier on Wednesday, the Nigerian Army claimed to have killed at least 300 Boko Haram militants during the retaking of Monguno on Monday.