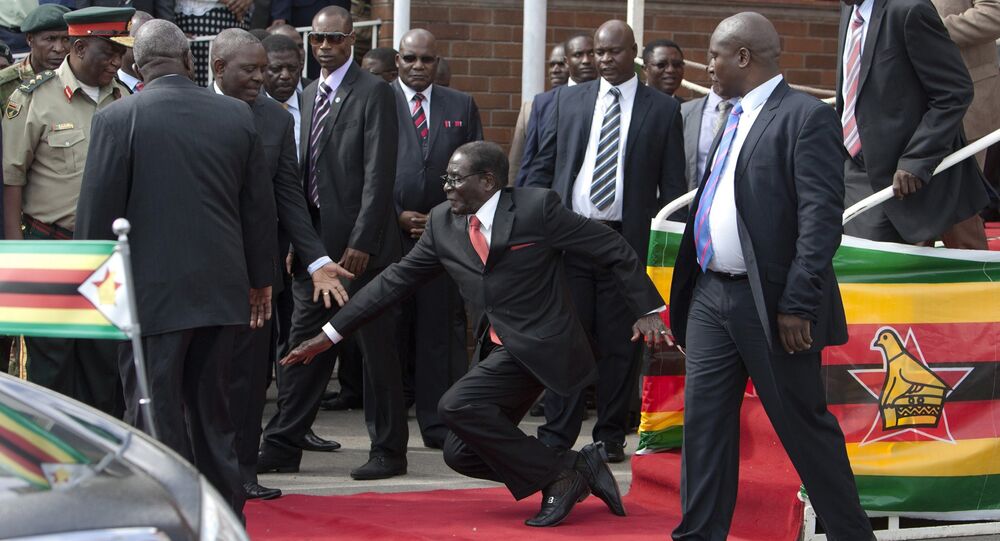 The incident happened in the country’s airport during President’s Mugabe podium speech.

Reporters were forced to delete pictures of an incident with Zimbabwe President Robert Mugabe, 90, who missed the step after his podium speech at the country’s airport and fell down to the floor, according to AP.

The incident happened as country’s leader had returned from Ethiopia and spoke to his supports.

"He addressed supporters who welcomed him… He missed a step as he walked down from the podium and immediately fell down," a witness said.

Journalists who had taken photographs of the fall said they were forced by security forces to delete the images for security reasons.