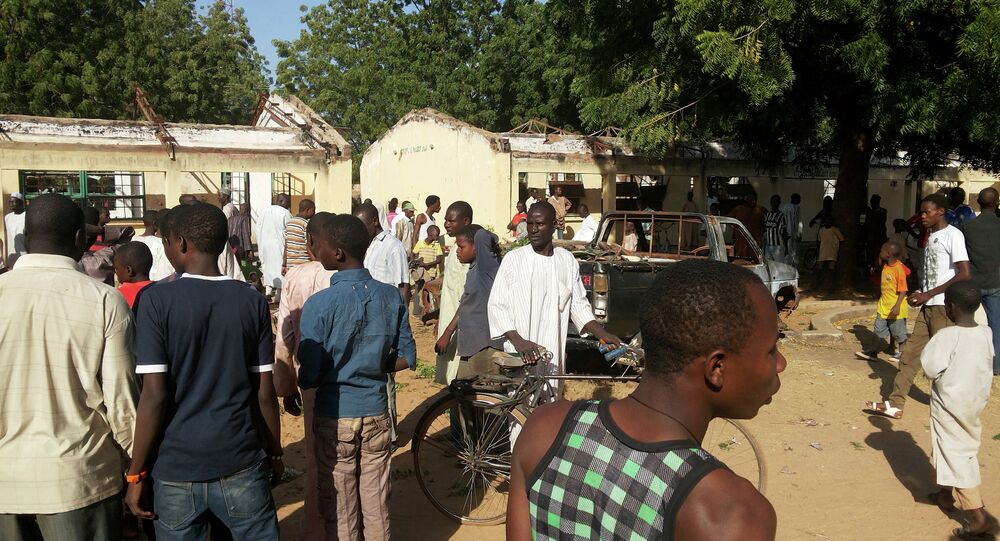 At least 120 people are reported to have been killed as a result of several explosions near a mosque in the Nigerian city of Kano.

MOSCOW, November 28 (Sputnik) — At least 120 people were killed and over 270 injured as a result of several explosions at a mosque in the Nigerian city of Kano, Agence France-Presse reported Friday, citing local rescue officials.

Suicide bombers and gunmen targeted people gathering for weekly prayers at the mosque of a cleric who had urged the country's Muslims to take up arms to defend themselves against Boko Haram, CNN explained. The radical Islamist group, which has waged a war in the country since 2009, is suspected of carrying out the attacks. The group aims to impose Sharia law in Nigeria.

Local police have told AFP that three suicide bombers blew themselves up one after the other, after which "gunmen opened fire on those who were trying to escape." Police said that four of the shooters were killed by an angry mob with their bare hands following the attack, CNN explained, citing local resident Sani Akarami.

The Emir of Kano, Muhammad Sanusi II, made his appeal last week; he is considered Nigeria's second-most prominent Muslim cleric.

The attack was the second targeting of a mosque that day, following a foiled attack against a mosque in Maiduguri earlier on Friday. The violence occurred less than a week after two female suicide bombers killed at least 45 people in that city. Kano was also attacked earlier this month: a suicide bomb attack on a petrol station killed 6 people, including three police officers. Boko Haram is known for their hit-and-run tactics, including suicide bombings and car bombs, France 24 explained. The neighboring countries of Cameroon, Chad and Niger have recently expressed concern about Boko Haram's ability to carry out cross border strikes.

In early 2012, at least 185 were killed in Kano in a series of coordinated bombings and attacks by Boko Haram gunmen on security forces.

Earlier reports by AFP counted 92 bodies at the Murtala Mohammed Specialist Hospital morgue, but as night fell, rescue workers raised the death toll to at least 120. An unnamed health care worker told CNN that the figure could be as high as 140. Hundreds of people have since been trying to find out whether their relatives were among those killed in the violence, visiting the site of the attack as well as local hospitals and morgues.

Sanusi and the country's top Muslim cleric, the Sultan of Sokoto, had each spoken out against the military's inept approach to quelling the insurgency. The Sultan released a statement earlier this week noting that the Nigerian army was insufficiently resolute in dealing with the insurgents. "Soldiers take to their heels and abandon their bases, arms, ammunition and other military hardware on the approach of the insurgents," a statement released by the cleric read.