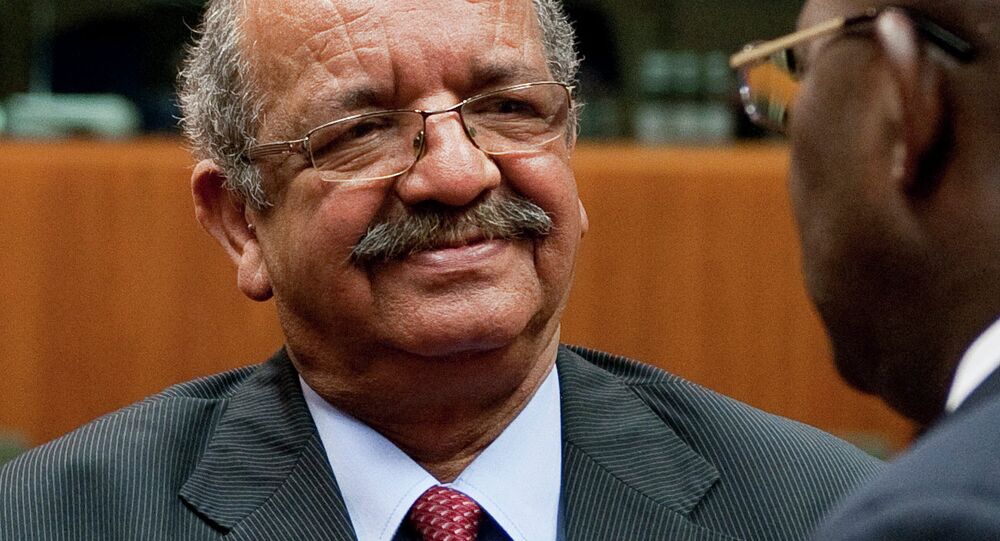 Algerian Minister Delegate for Maghreb and African Affairs Abdelkader Messahelstated stated that Russia and Algeria have agreed to intensify cooperation between countries.

MOSCOW, November 11 (RIA Novosti) – Relations between Russia and Algeria are strong and will continue to deepen as the sides attempt to expand their partnership in various fields, Algerian Minister Delegate for Maghreb and African Affairs Abdelkader Messahel said Tuesday ahead of his meeting with Russian Foreign Minister Sergei Lavrov on Wednesday.

"Both sides [Russia and Algeria] note that we have really good strategic ties. We have certain plans," Messahel said at a press conference held at International Information Agency Rossiya Segodnya.

Earlier in September, Russia and Algeria made progress in nuclear energy sector cooperation by signing an intergovernmental agreement, with possible construction of a nuclear power plant in the North African state.

Apart from the construction of nuclear power plants and research reactors in Algeria, the agreement envisages cooperation in the use of nuclear reactors for thermal energy production and seawater desalination, uranium mine exploration and exploitation, nuclear fuel handling and radioactive waste and recycling management.