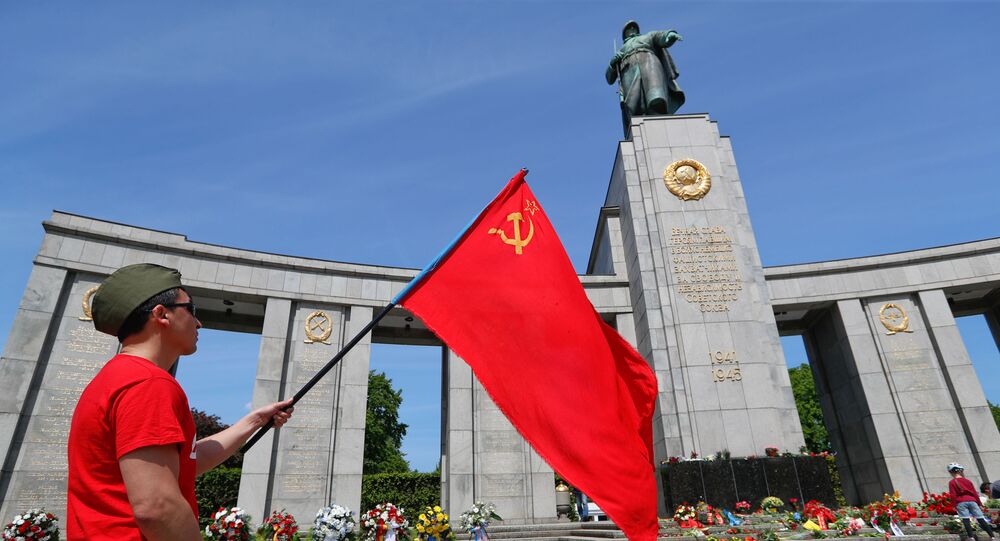 The initiative is calling on people to share their take on the 75th anniversary of the victory in the fight against the Nazi regime and to remember its crimes. The #CoEWeRemember acts to counter attempts to rewrite the history of World War II and the destruction of national memorials commemorating the victory.

The head of the Russian Leningrad Oblast and the Russian delegation to the Congress of Local and Regional Authorities of the Council of Europe, Alexander Drozdenko, has officially joined the #CoEWeRemember initiative and posted congratulations for the Victory Day anniversary on his Facebook page.

In his address, Drozdenko praised soldiers who sacrificed their lives to achieve the victory over Nazi Germany, and called on all peoples to preserve their memory.

"The Soviet Union and Red Army made a great contribution to the Victory over fascism. Our Leningrad land, where I live, was largely soaked in the blood of Soviet soldiers. We treasure memories of our heroes, who passed their lives for the freedom and independence of the Soviet Union, Europe and the world", Drozdenko said.

As the part of the initiative aimed at preserving the memory about the terrible crimes of the Nazi regime and the heavy price the world paid to defeat it, the head of the Russian delegation to the Council of Europe noted the importance of preserving memorials devoted to those events. He stressed that it was crucial to prevent the resurgence of nationalistic ideas in the modern world.

"I call upon everybody to keep the memory of that terrible war. We must preserve memorials to those terrible events and to the heroes of those events. Our responsibility is to prevent nationalistic ideas from prevailing and desecrating the monuments to soldiers or non-combatants today, let us build new memorials, let us honour and remember our history and tell only the truth about it", Drozdenko added.

Drozdenko's speech comes as some countries appear to be attempting to rewrite the history of the Second World War, its origins and its heroes. Recently the Pentagon suggested in a social media post that the war was initiated by not just Nazi Germany, but the Soviet Union as well. On VE Day, the White House, in turn, praised the victory of the US and allies over Nazis, while making no mention of the Soviet Union's struggle and eventual victory, which saw at least 11,440,000 Russians killed, including 8,668,000 soldiers desperately fighting to repel Nazi aggression and driving the fascist forces back to Berlin and their eventual destruction.

In addition, some Eastern European countries - in an attempt to break away from their Soviet past - are methodically destroying or removing memorials to soldiers of the USSR who fought the fascists. In some of these states, Nazi-like nationalist rightwing groups have been gaining ground, as politicians do little to stop the surge.