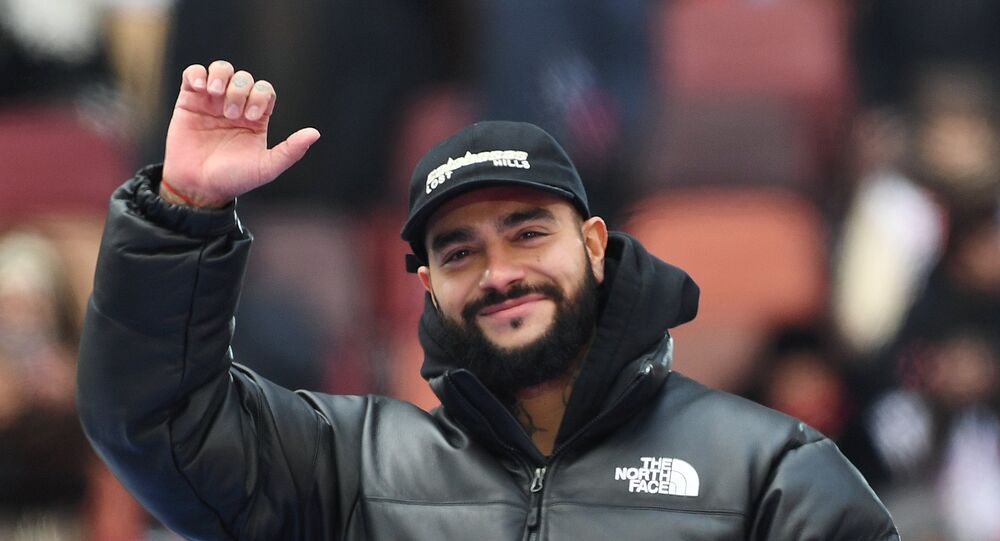 'We Won't Give It a Miss': Russian Rapper Furious as White House Leaves USSR Out of WWII Tweet

Russian rapper Timati posted an angry comment on his Instagram lambasting the White House for leaving out the Soviet Union in a congratulatory message about the victory in the Second World War. In the WH's post on Twitter, it said:

"On May 8, 1945, America and the Great Britain had victory over the Nazis! America’s spirit will always win. In the end, that’s what happens".

The singer was incensed by the fact that the United States didn’t mention the key role that the Soviet Union played in defeating Nazi Germany and called on social media users to leave a comment on the post.

"Everybody acts as if nothing wrong happened. But we won’t let it go. Go to the White House account on Twitter and tell them what you think", the rapper wrote.

Timati said that he had already replied to the post. "You rock. You played the key role in defeating the Nazis, you didn’t let the Nazis take Leningrad [Saint Petersburg], you won the Battle of Stalingrad and your soldiers hoisted the flag over the Reichstag. Guys, you are the best", the singer wrote sarcastically.

Russian social media users were stunned by the news. One netizen wrote: "I wonder where the millions of Soviet people are that perished fighting the Nazis".

Another wrote: "Sure, the Soviet Union just helped a bit. The nerve they have! Disgusting”.

"Nothing new actually. Classic example of rewriting history. We should be grateful that the White House didn’t say that the Soviet Union was trembling with fear and waiting for the US and Britain to save her", wrote a third user.