As Rahul Gandhi Reportedly Not in Fray, List of Candidates For Congress Chief Sees Dramatic Rise 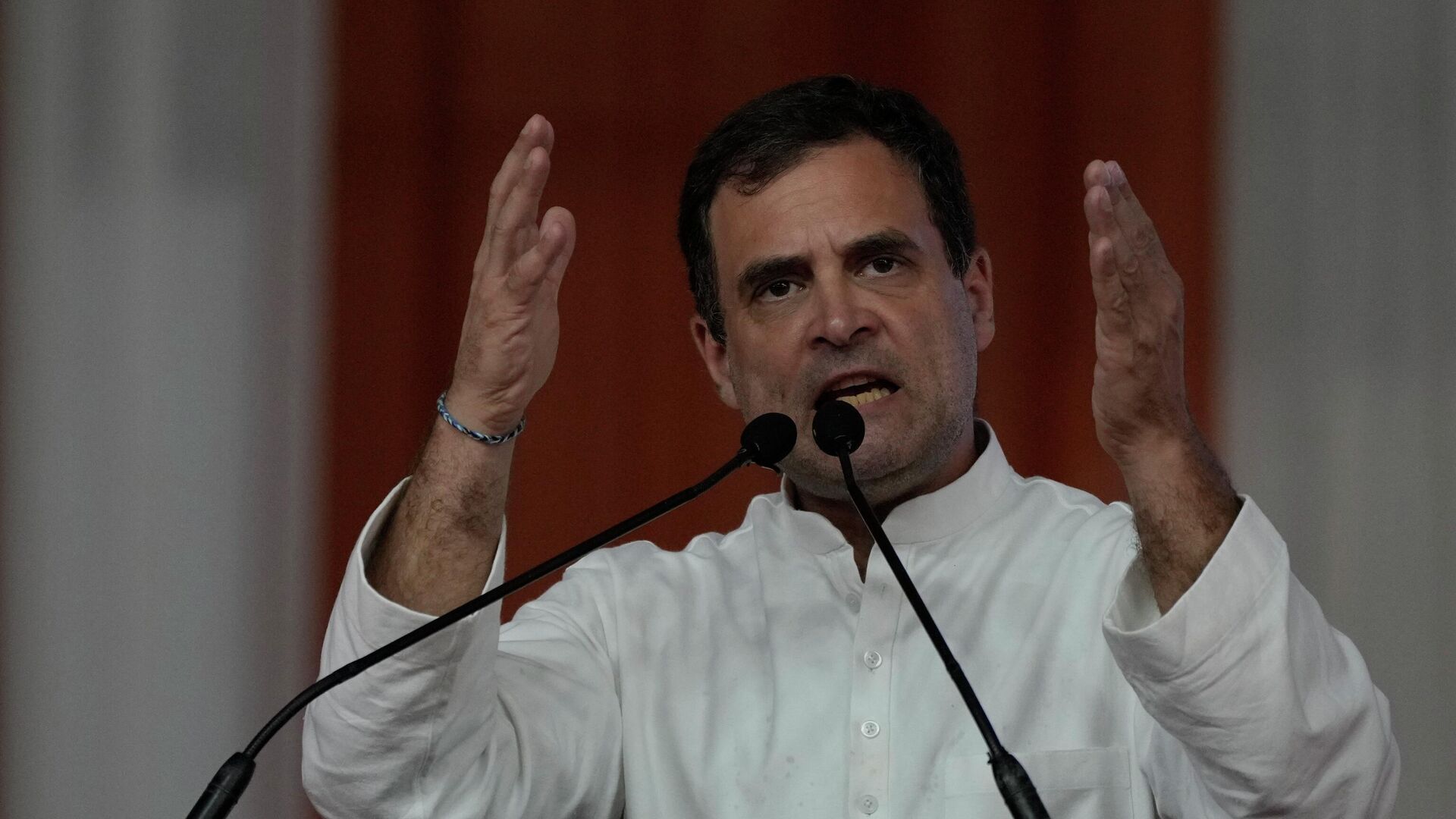 Pawan Atri
All materials
The process to elect a new president of Congress, India's main opposition party, will start on September 24 with the filing of nominations by candidates. The polls, however, are scheduled to take place on October 17, with the announcement of the winner to be made two days later.
The Indian National Congress, or Congress, initiated the process of electing a new president after the party issued a notification for polls on Thursday.

However, as former chief Rahul Gandhi is reportedly not in the race, the list of candidates has been swirling each day, with former Madhya Pradesh state chief Kamal Nath becoming the latest to join the fray.

As per numerous media reports, including from the news outlets ANI and NDTV, Rahul Gandhi has declined the offer to be the party boss again and wants to see a non-Gandhi lead the outfit at this stage.

His mother, Sonia Gandhi, was the longest serving Congress president, having first taken over the reins in 1998. She stepped down for a brief period from 2017 to 2019, when Rahul was elected as chief of the party.

Rajasthan state chief Ashok Gehlot and Kerala parliamentarian Shashi Tharoor are reportedly said to be the two main candidates in the polls, with the former touted as the frontrunner due to his proximity with the Gandhis.

Others who are in the race are former federal minister Manish Tewari, who is also a member of parliament (MP) from Punjab, and ex-state chiefs of Maharashtra, Karnataka, and Madhya Pradesh, namely Prithviraj Chavan, Siddaramaiah, and Digvijaya Singh, in that order.

Earlier, Singh was asked to share his opinion about who he would prefer as the next party president - Gehlot or Tharoor, to which he replied: "Let's see. I am not ruling myself out also, why do you want to keep me out?"

"Everyone has the right to contest…You will know the answer on the evening of 30th," he added.

Besides these men, other names making the rounds in the media are Mallikarjun Kharge and Mukul Wasnik, both of whom have served as federal ministers in the past.

Party members who wish to fight for the top post can file their nominations until September 30.
The polls will take place in mid-October and the results will be announced 48 hours later.
Newsfeed
0
Access to the chat has been blocked for violating the rules . You will be able to participate again through:∞. If you do not agree with the blocking, please use the feedback form
The discussion is closed. You can participate in the discussion within 24 hours after the publication of the article.
To participate in the discussion
log in or register
loader
Chats
Заголовок открываемого материала