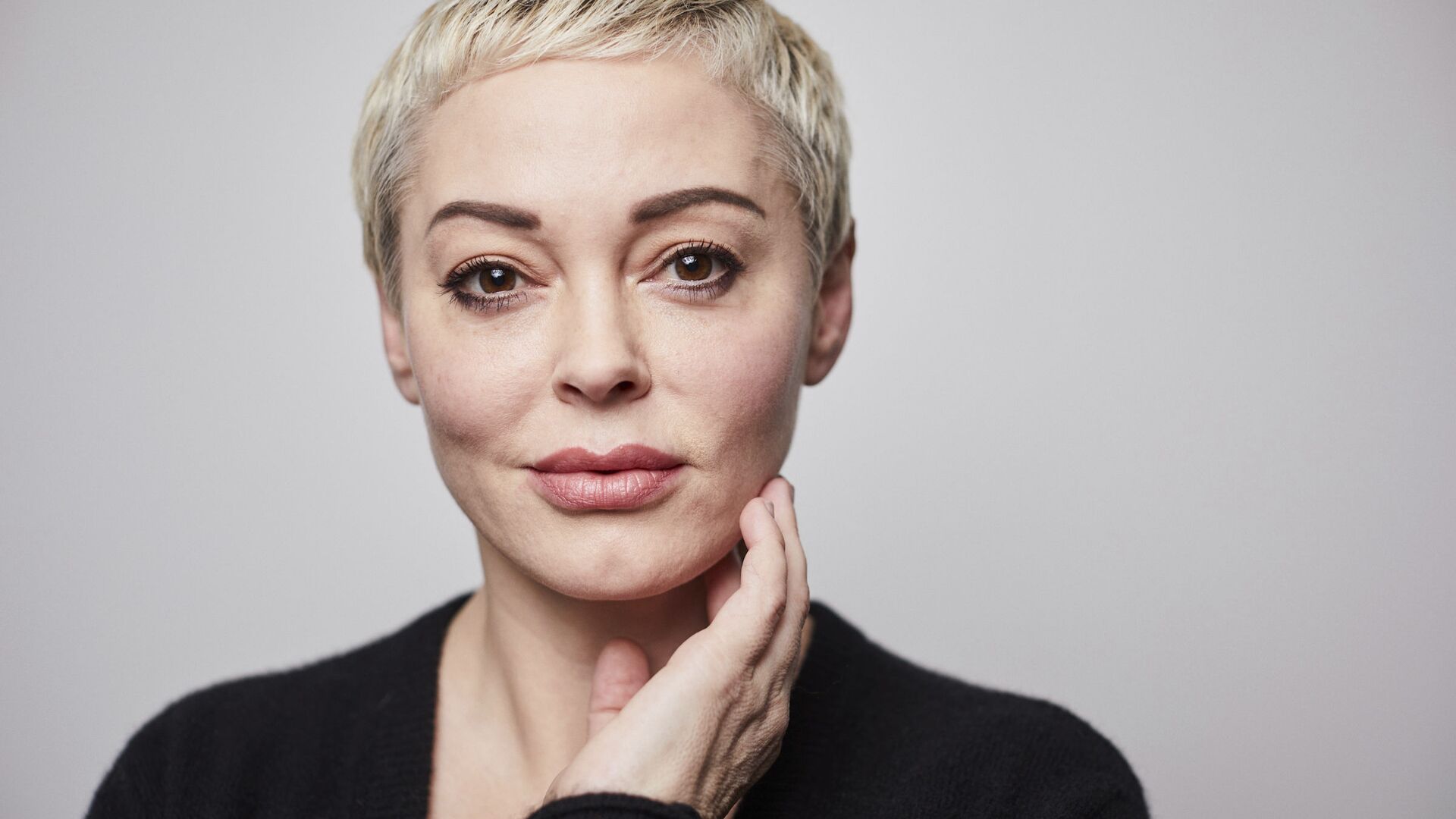 © AP Photo / Matt Licari
Subscribe
Max Gorbachev
All materialsWrite to the author
The star of the Charmed series was among the first to make accusations of sexual harassment and assault against the renowned Hollywood producer, which later spawned the #MeToo movement against physical and sexual violence.
A California judge has dismissed Rose McGowan’s lawsuit against disgraced film producer Harvey Weinstein after she failed to submit paperwork by the deadline, the Daily Mail reported, citing court documents it had obtained.

In 2019, the actress sued Weinstein, claiming he violated the Racketeer Influenced and Corrupt Organizations Act (RICO) when he tried to suppress her sexual assault and harassment allegations against him. Weinstein's effort reportedly involved attorney David Boies and Israeli security firm Black Cube, the lawsuit stated.

The RICO claims were dismissed by the judge with prejudice, meaning the actress can't bring the case to court again. However, other allegations in the lawsuit, including violation of the Bane Act (an intimidation/coercion civil code in California law), fraud, and wiretapping were dismissed without prejudice, meaning she can filed the suit again, with the judge setting 2 December as the deadline. However, McGowan did not do that.

"As of today's date, Plaintiff has not filed any brief in response to the Courts Order and Minute Order. Accordingly, Plaintiff is deemed to have conceded the two points the Court gave her opportunity to argue in the supplemental brief", court documents state.

Rose McGowan has not yet commented on the issue.
The actress was among the first to make accusations of sexual harassment and assault against the decorated producer in 2017. McGowan said she was raped by Weinstein in 1997 in a hotel room during the annual Sundance Film Festival. Since she opened up about her plight, more than 80 women, including A-list actresses, have come forward with accusations against Weinstein. The revelations spawned the global #MeToo movement against physical and sexual violence.

In 2020, Harvey Weinstein was found guilty of first-degree criminal sexual acts and third-degree rape and sentenced to 23 years in jail. He is currently in Los Angeles, California where he faces trial for further sexual assault allegations.
Newsfeed
0
New firstOld first
loader
LIVE
Заголовок открываемого материала
Access to the chat has been blocked for violating the rules . You will be able to participate again through:∞. If you do not agree with the blocking, please use the feedback form
The discussion is closed. You can participate in the discussion within 24 hours after the publication of the article.
To participate in the discussion
log in or register
loader
Chats
Заголовок открываемого материала
Worldwide
InternationalEnglishEnglishMundoEspañolSpanish
Europe
DeutschlandDeutschGermanFranceFrançaisFrenchΕλλάδαΕλληνικάGreekItaliaItalianoItalianČeská republikaČeštinaCzechPolskaPolskiPolishСрбиjаСрпскиSerbianLatvijaLatviešuLatvianLietuvaLietuviųLithuanianMoldovaMoldoveneascăMoldavianБеларусьБеларускiBelarusian
Transcaucasia
ԱրմենիաՀայերենArmenianАҧсныАҧсышәалаAbkhazХуссар ИрыстонИронауОssetianსაქართველოქართულიGeorgianAzərbaycanАzərbaycancaAzerbaijani
Middle East
Sputnik عربيArabicArabicTürkiyeTürkçeTurkishSputnik ایرانPersianPersianSputnik افغانستانDariDari
Central Asia
ҚазақстанҚазақ тіліKazakhКыргызстанКыргызчаKyrgyzOʻzbekistonЎзбекчаUzbekТоҷикистонТоҷикӣTajik
East & Southeast Asia
Việt NamTiếng ViệtVietnamese日本日本語Japanese中国中文Chinese
South America
BrasilPortuguêsPortuguese