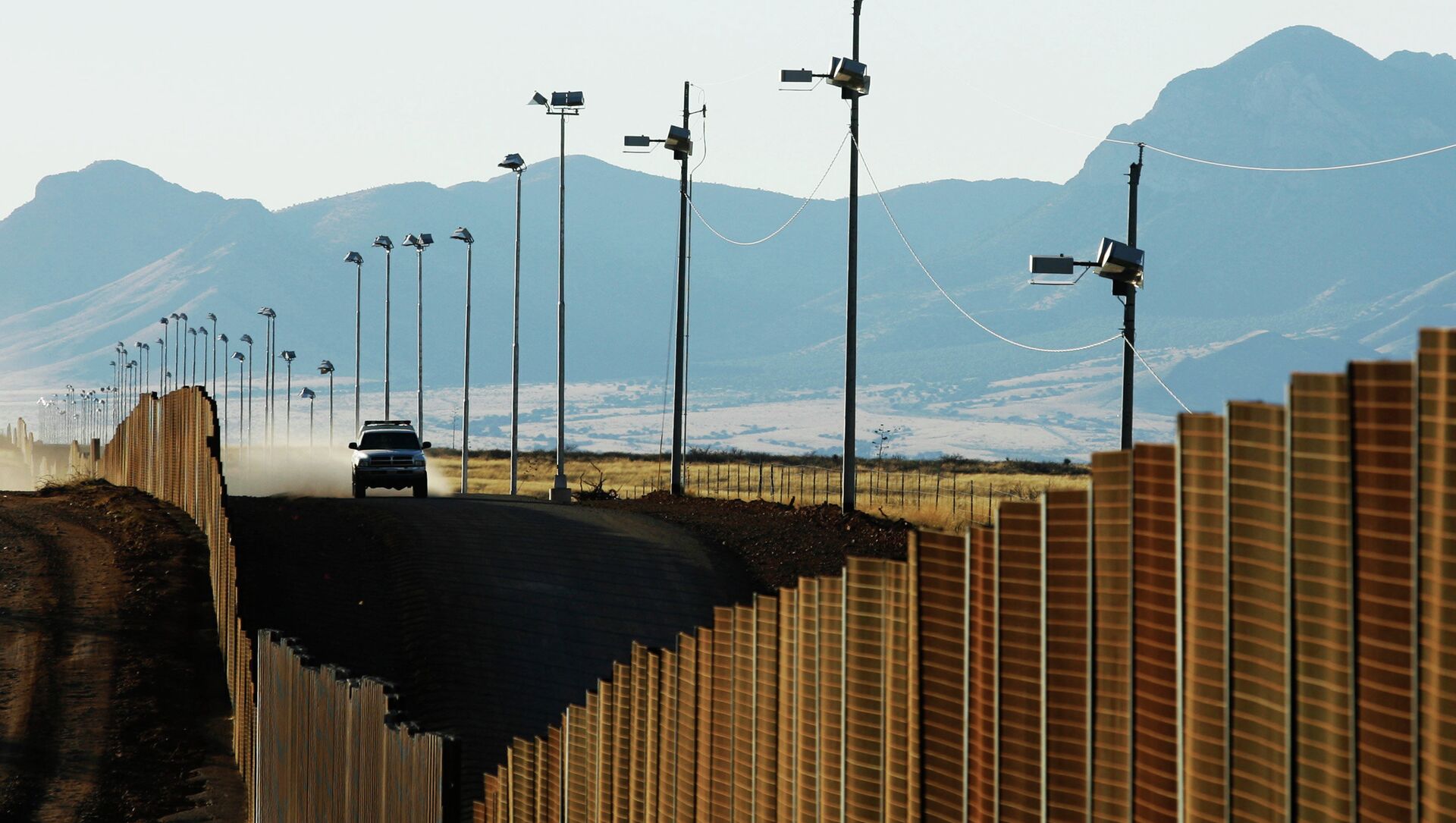 WASHINGTON (Sputnik) - The former US president, Donald Trump, will join Republican Texas Governor Greg Abbott on a Wednesday tour of portions of the US-Mexico border to call attention to what they refer to as an immigration 'crisis' in the region.

Trump has expressed his personal frustration with the Biden administration after the latter rolled back his onerous immigration policies, including the Migrant Protection Protocols (MPP) program, which deter migrants away from the United States. The current administration has left in place the former president's public health policy, however, known as Title 42, which allows US immigration authorities to immediately turn migrants and their families away at the border.

Trump and Abbott will reportedly visit an area around the Texas border town of Edinburg, a headquarters of what US immigration enforcement has dubbed the Rio Grande Valley sector, a longtime hotspot for the seasonal immigration surge.

"Securing the border is not just important to Texas - it is vital to America," Abbott said in a statement on Tuesday. "Tomorrow President Trump will join me and law enforcement officials for a border security briefing in Weslaco [Texas]."

The state of Texas recently authorized $250 million to build more border wall sections as part of the governor's mission to stem illegal immigration and drug trafficking.

Texas and Mexico share 1,254 miles of the 1,954 US-Mexico border, but there are many gaps where migrants braving dangerous sections of the desert wilderness can bypass the steel bollard fencing.

US President Joe Biden, in one of his first actions as president, issued an executive order to halt all border wall projects carried over from the Trump administration. The Trump administration reportedly constructed an estimated 400 miles of the large steel wall structure, despite long court battles and consistent opposition from Democrats in Congress.

On Monday, Abbott posted a video of a tractor clearing shrub on land somewhere along the Texas-Mexico border in order to prepare it for the building process. Abbot pointed out, however, that they have yet to even hire a program manager to oversee the project.

On Friday, US Vice President Kamala Harris made a trip to the Texas border town of El Paso, after facing criticism for not visiting the region sooner after Biden put her in charge of handling immigration surges at the Mexican border.

The vice president faced additional backlash for not visiting the Rio Grande Vally region in south Texas, where hundreds of thousands of asylum-seeking migrants from Guatemala, Honduras, El Salvador, and Mexico have been attempting to pour into the United States.

US Customs and Border Protection (CBP) data revealed earlier this month that the number of asylum-seeking migrants apprehended along the southern border with Mexico in May set another record, reaching a new 21-year monthly high of 180,034. Over 929,868 migrants have been apprehended for illegally crossing the US-Mexico border since October 2020, putting the Biden administration on pace to break a previous annual record of 977,509 set in 2019 during the Trump administration.