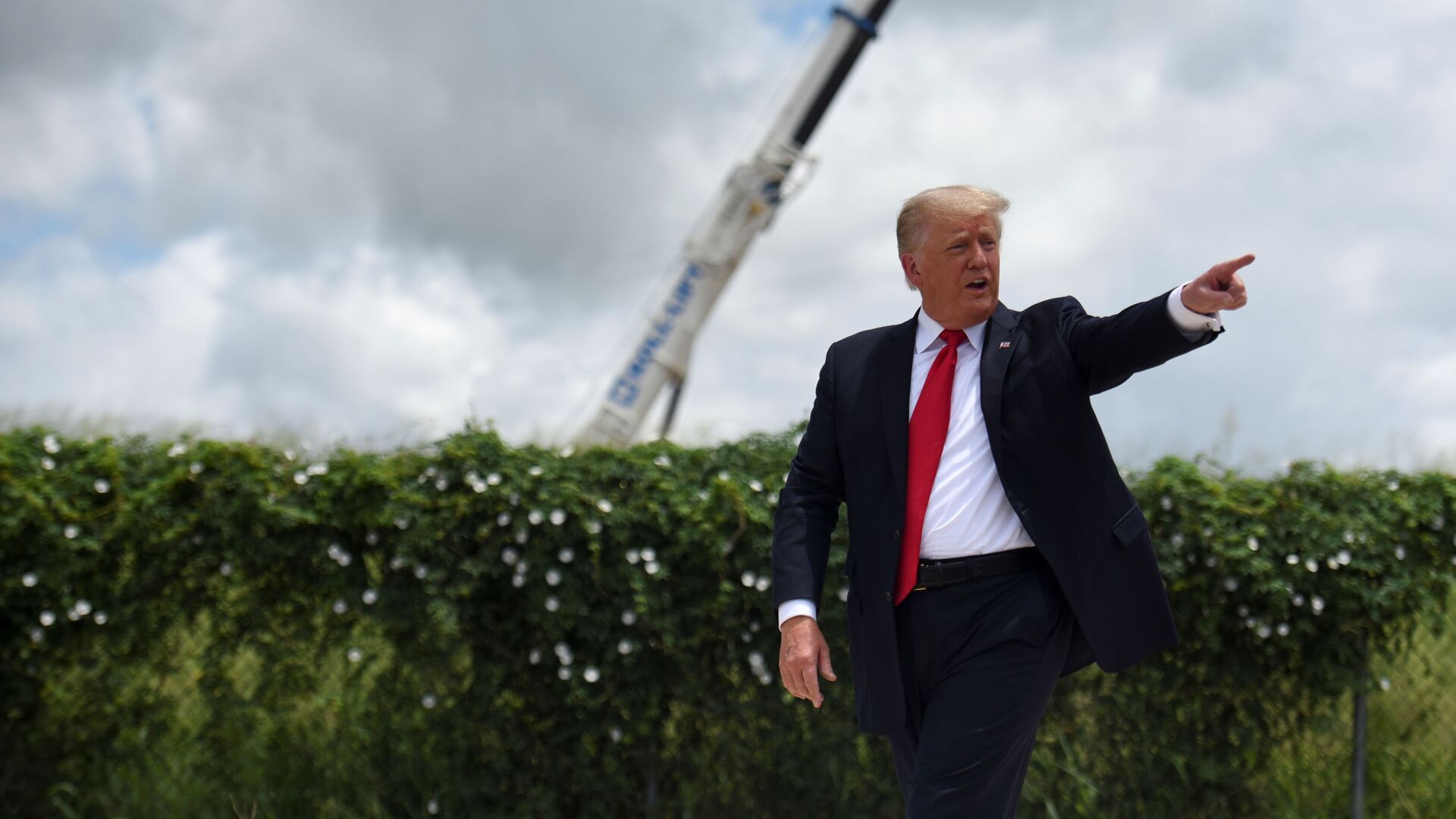 WASHINGTON (Sputnik) - The former US president, Donald Trump, hinted during his visit to the US border with Mexico on Wednesday that he could run again for president in 2024.

"Are you going to be my campaign manager if I do this again?" Trump asked Texas Lt. Governor Dan Patrick, who chaired his presidential campaign in Texas. "You think I should do it again? Maybe we don't have to, maybe we won't even have to."

Trump made the remarks during a visit to the US-Mexico border in the state of Texas, joined by Republican Governor Greg Abbott. The two criticized the Biden administration on what they suggested was a lack of effort to address what they referred to as a migrant "crisis".

Trump said President Joe Biden is destroying the United States and verbally blasted the US leader for rolling back Trump's strict immigration policies and for canceling the Keystone XL oil and gas pipeline.