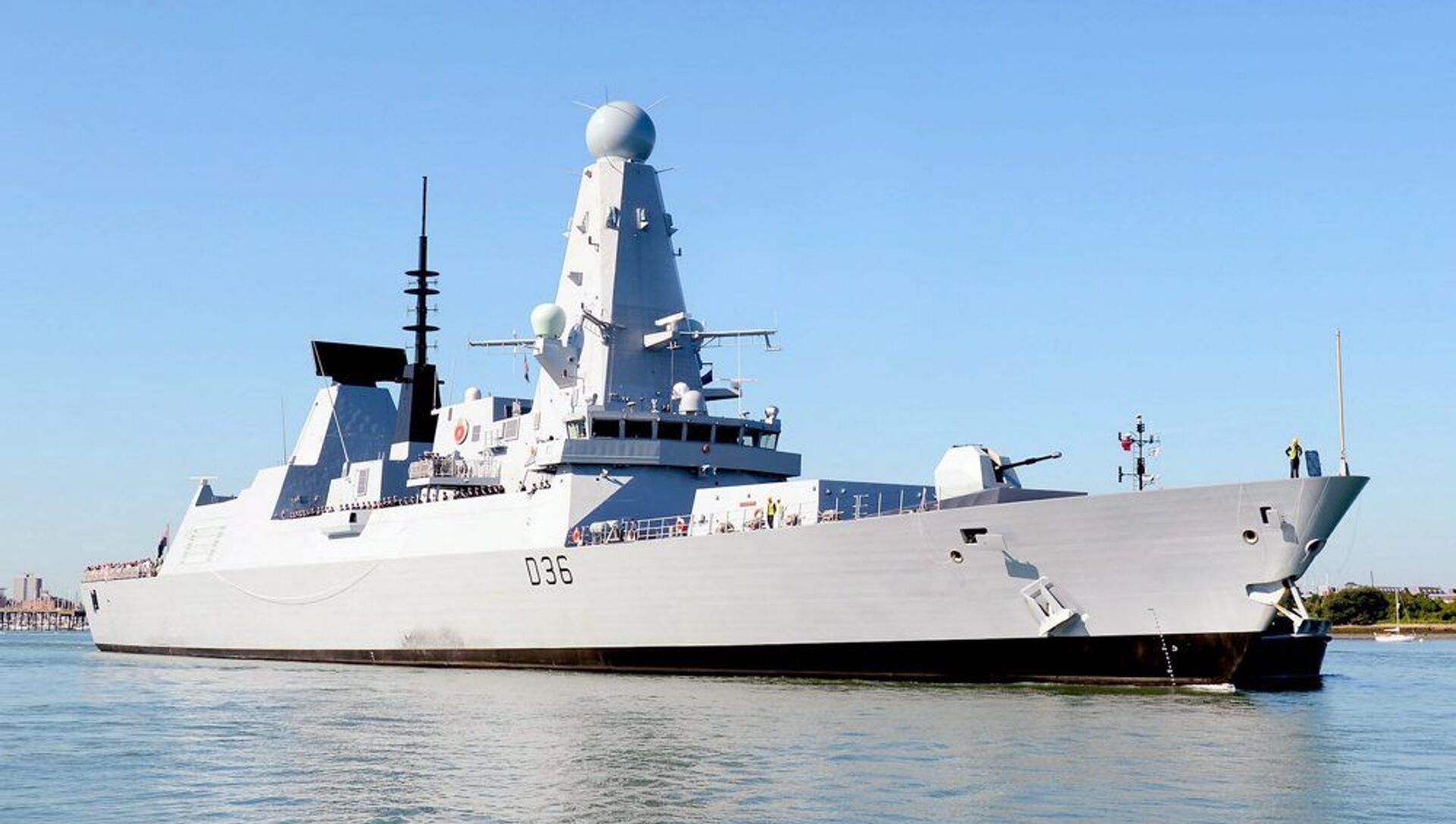 Oleg Burunov
All materialsWrite to the author
During the 23 June incident, a Russian warship and a Su-24M jet fired warning shots near HMS Defender, which proceeded to ignore orders to leave Russian territorial waters immediately.

Russian President Vladimir Putin has pointed to the political aspect of a recent provocation in the Black Sea pertaining to HMS Defender, adding that the warship "was clearly pursuing military goals".

Speaking at a question-and-answer session on Wednesday, Putin said that not only the UK, but the US also took part in the HMS Defender provocation off Crimea.

"This certainly is a provocation. […] What did they want to show and what goals did these provocateurs try to achieve? First and foremost, it was a complex provocation, and it was carried out not only by Britons, but also by Americans”, Putin said, referring to HMS Defender and a US reconnaissance aircraft that took off from a NATO base in Greece earlier in the morning on the same day.

"Second is the political aspect [of this incident]: just days ago there was a summit in Geneva, so why carry out such a provocation?", Putin said, adding that even if the West does not recognise the results of the people's referendum that took place in Crimea before its reunification with Russia, there is no point to provocations.

According to him, a new world war wouldn't have started even if Russia sank HMS Defender because the vessel had violated Russian territorial waters.

A spokesperson for UK Prime Minister Boris Johnson has, meanwhile, reacted to Putin's remarks by claiming that the British destroyer's crew acted in line with international norms.

Last Wednesday, the UK warship made inroads into Russia's territorial waters in the Black Sea, prompting Russian forces to fire warning shots until it left. London denied any shots were fired at all, even though Russia's security service, the FSB, released video footage of the encounter.

A BBC correspondent who was aboard the British ship during the incident also said he saw over 20 aircraft overhead and two Russian coast guard boats that shadowed HMS Defender.

HMS Defender Papers: A Leak by Official Disturbed by UK's Reckless Anti-Russia Op or Carelessness?
In a separate development on Tuesday, Russia's Defence Ministry said in a statement that the Russian Air Force had to scramble Su-30 and Su-24 fighter jets in order to prevent a violation of the country's borders by a Dutch frigate, the Evertsen on 24 June.

The statement came in an apparent response to earlier complaints by the Netherlands' military, which accused the Russian fighter jets of harassing the Dutch frigate as it sailed through the Black Sea last Thursday.