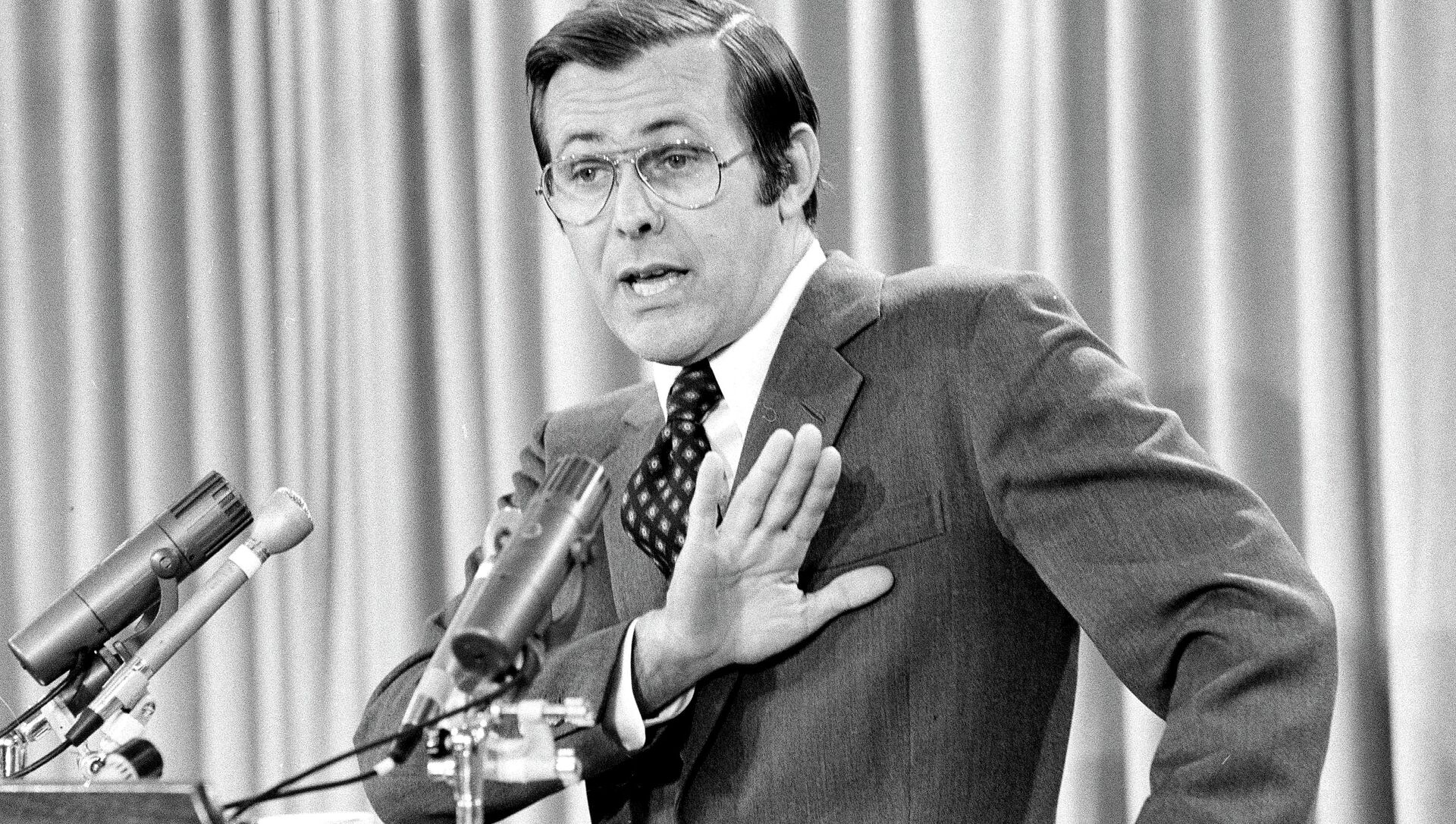 Morgan Artyukhina
All materialsWrite to the author
Having served as US defense secretary twice in presidential administrations more than 20 years apart, Donald Rumsfeld is both the youngest and oldest person ever to head the Pentagon.

Donald Rumsfeld, who twice served as US secretary of defense, has died at the age of 88, according to a statement released by his family on Wednesday.

"It is with deep sadness that we share the news of the passing of Donald Rumsfeld, an American statesman and devoted husband, father, grandfather and great-grandfather. At 88, he was surrounded by family in his beloved Taos, New Mexico," a statement released by his family reads.

"History may remember him for his extraordinary accomplishments over six decades of public service, but for those who knew him best and whose lives were forever changed as a result, we will remember his unwavering love for his wife Joyce, his family and friends, and the integrity he brought to a life dedicated to country."

A statement from the family of Donald Rumsfeld: pic.twitter.com/AlKYxVvqgF

Kieth Urbahn, a spokesperson for the family, told the New York Times the cause of Rumsfeld's death had been multiple myeloma, a type of blood cancer.​

Rumsfeld is perhaps best known today for having been then-US President George W. Bush's secretary of defense from 2001 to 2006, during which time he oversaw the beginning of the US War on Terror and the invasions of Afghanistan in 2001 and Iraq in 2003. Rumsfeld retired in 2006 under heavy pressure from NATO generals and admirals after nearly 3.5 years of a counterinsurgency war in Iraq that Rumsfeld, a major voice in favor of the invasion, had predicted would not happen.

Iraq was just one of several Middle Eastern nations that neoconservatives at the heart of the Bush administration, including Rumsfeld, his deputy secretary of defense, Paul Wolfowitz, and then-Vice President Dick Cheney, has pushed for the US to overthrow the governments of as part of what they called the Project for a New American Century. Others included Iran, Syria, Lebanon, Libya, Somalia, and Sudan.

Rumsfeld was previously Pentagon chief from 1975 to 1977 as well, under then-US President Gerald R. Ford. He also served in a variety of executive advisory roles, and represented Illinois in the US House of Representatives from 1963 until 1969 as a member of the Republican Party.

Rumsfeld was born in Chicago in 1932. He became an Eagle Scout in 1949 and graduated from Princeton University with a degree in politics in 1952. He joined the US Navy in 1954, served as a naval aviator and flight instructor until 1957, and remained in the ready reserve until 1989, when he retired with the rank of captain.