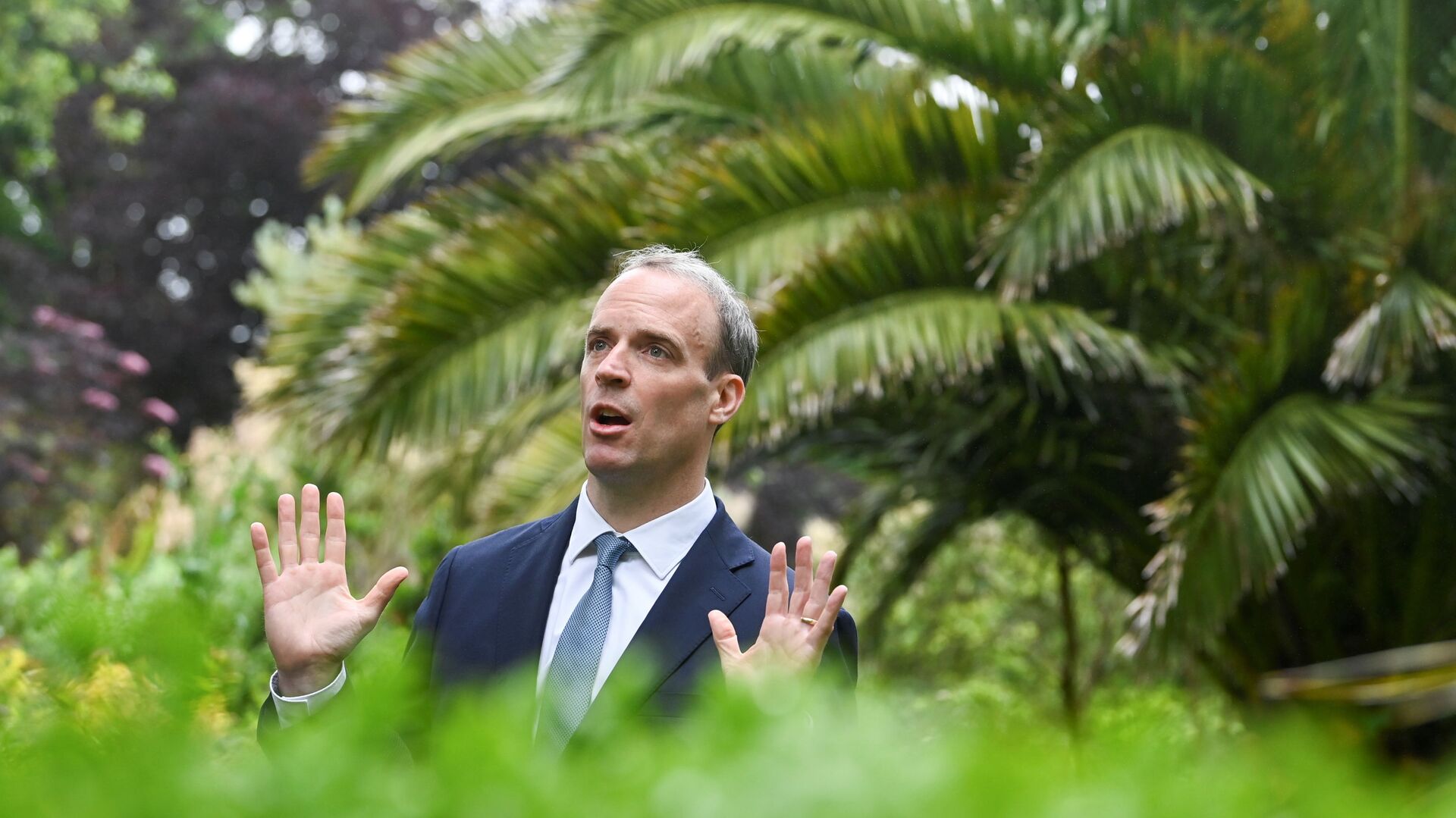 The British Foreign Secretary's personal mobile number was available on the internet for at least 11 years.

Dominic Raab's digits were discovered by a Googling Guardian reader, who eagerly informed the daily newspaper.

Raab, who deputises for Johnson when the PM is traveling or in hospital with COVID-19 has previously raised the spectre of cyberattacks from states outside the Western fold.

“This is a staggering lapse in security from a foreign secretary who, only last month, was lecturing NATO allies about the cybersecurity threat posed by authoritarian regimes," fumed Labour shadow foreign secretary Lisa Nandy, who called for an inquiry.

Raab Raised Concerns About Destroyer Approaching Russia's Crimea, But BoJo Made Final Call - Report
“It is typical of the government’s approach that when it comes to national security and defending democracy they say one thing but do another," Nandy said. "This should be the subject of an investigation. Both the prime minister and foreign secretary have failed to protect their own phones. How can we be assured they aren’t as careless with sensitive intelligence and diplomatic cables too?”

A security expert speculated that criminal elements — or Westminster lobbyists — could exploit the lapse.

"The wide availability of Mr Raab’s personal phone number must increase the risk that other states, or even criminal gangs, have been able to eavesdrop on his calls," said a former UK national security adviser, Peter Ricketts.

"It also means that anyone who happens to have had his phone number … is able to lobby the foreign secretary, bypassing the official channels which everyone else has to use," Ricketts ventured. "Anyone taking on a role as sensitive as this should in their own interests pay as much attention to online as to physical security."

Gossip website Popbitch revealed in April that BoJo's mobile number had been freely available online for 15 years to any lonely ladies or others who cared to Google it.