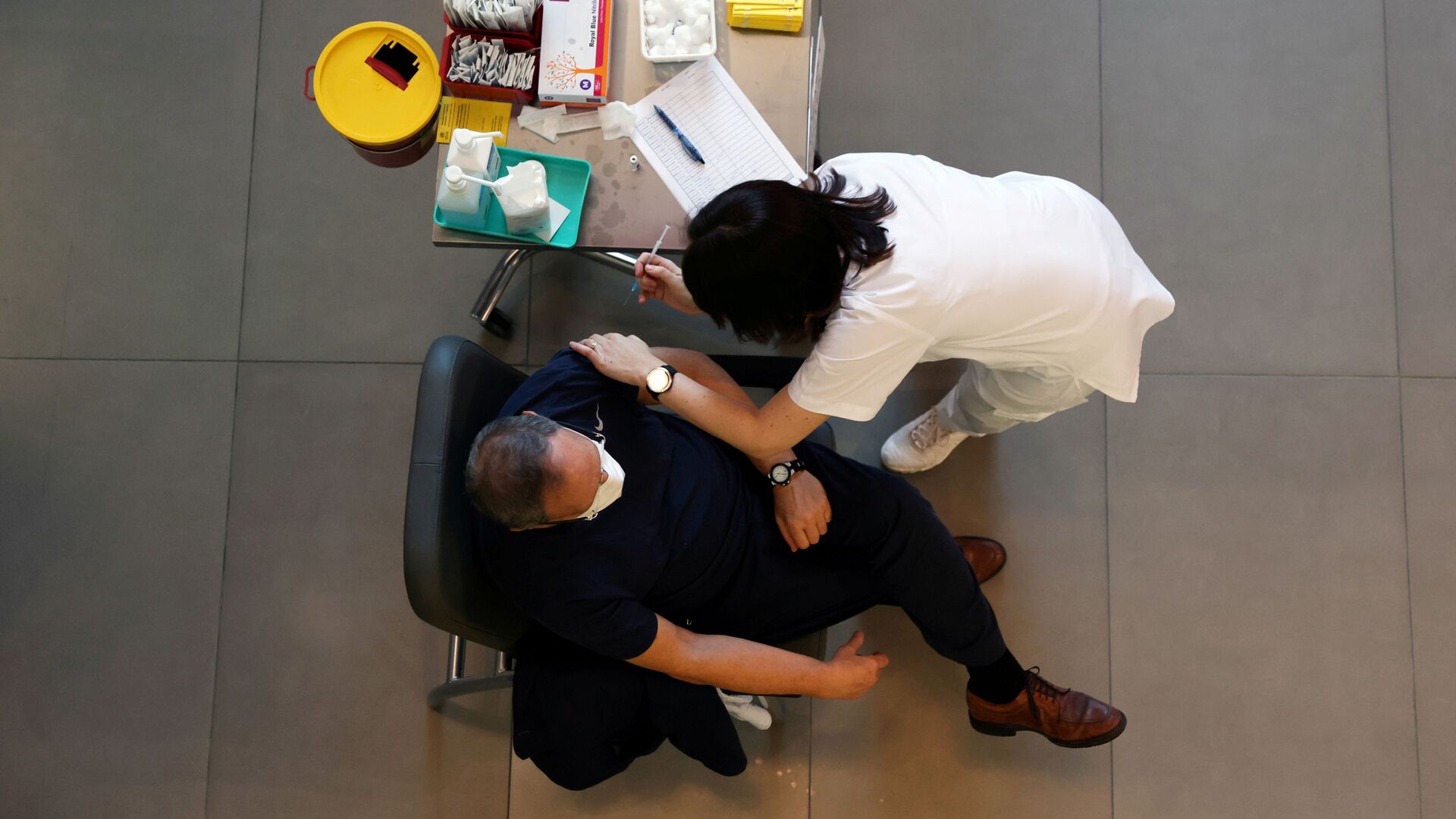 Ilya Tsukanov
All materialsWrite to the author
Israel boasts one of the highest vaccination rates in the world, with 57 percent of the population fully vaccinated, and 61 percent receiving at least one dose of the two vaccines approved in the country, made by Pfizer-BioNTech and Moderna.

Some 40 to 50 percent of people who have been infected amid Israel’s recent coronavirus surge were vaccinated against the virus, Israeli Health Ministry Director Chezy Levy has said.

The official added that vaccinated people who have come into contact with the Delta variant – the highly contagious but milder mutation of Covid first identified in India in April – will need to be quarantined. The World Health Organisation (WHO) says the Delta variant is now the dominant strain of the virus worldwide.

Palestinian President Abbas Pledges Cooperation With Bennett if Israel ‘Stops Aggression’
Israeli health authorities have taken proactive actions against the Delta strain, reintroducing an indoor mask mandate on Sunday, less than two weeks after indoor mask requirements were lifted. The mandate applies to everyone, including fully vaccinated persons. The Health Ministry has also encouraged people to wear masks even at outdoor mass events, and has reportedly considered caps on crowded events if the mask mandate fails.

The new tougher rules were introduced after authorities reported 0.6 percent positive testing among 30,000 people, with the Delta strain said to account for some 70 percent of new cases, which coronavirus czar Nachman Ash said on Friday was an indication of “an increase in infection rate.” Israel reported 803 total active cases this week, with 52 people hospitalised nationwide.

In a related development, newly appointed Israeli Education Minister Yifat Shasha-Biton, a former Likud lawmaker who quit the party and joined the centre-right New Hope party earlier this year, sparked a scandal this week after reportedly accusing health officials of exaggerating the danger of the new coronavirus wave.

“There are officials in the healthcare system who are deliberately spreading hysteria and intimidation,” she reportedly said in private comments leaked to Channel 12 on Thursday. The minister accused the Health Ministry of exaggerating the Delta variant’s threat to pressure parents into vaccinating children before an old batch of vaccine doses expires in July.

Israel Approves First New West Bank Construction of Bennett Admin as Settler Protests Continue
Before its ouster earlier this month, the Netanyahu government kicked off a vaccination drive for 600,000 children ages 12-15, initiating the measure despite previous studies by scientists worldwide that children and teens are at very low risk from the disease.

Chezy Levy called Shasha-Biton’s comments “unfortunate” and said she does not “own” the country's education system.