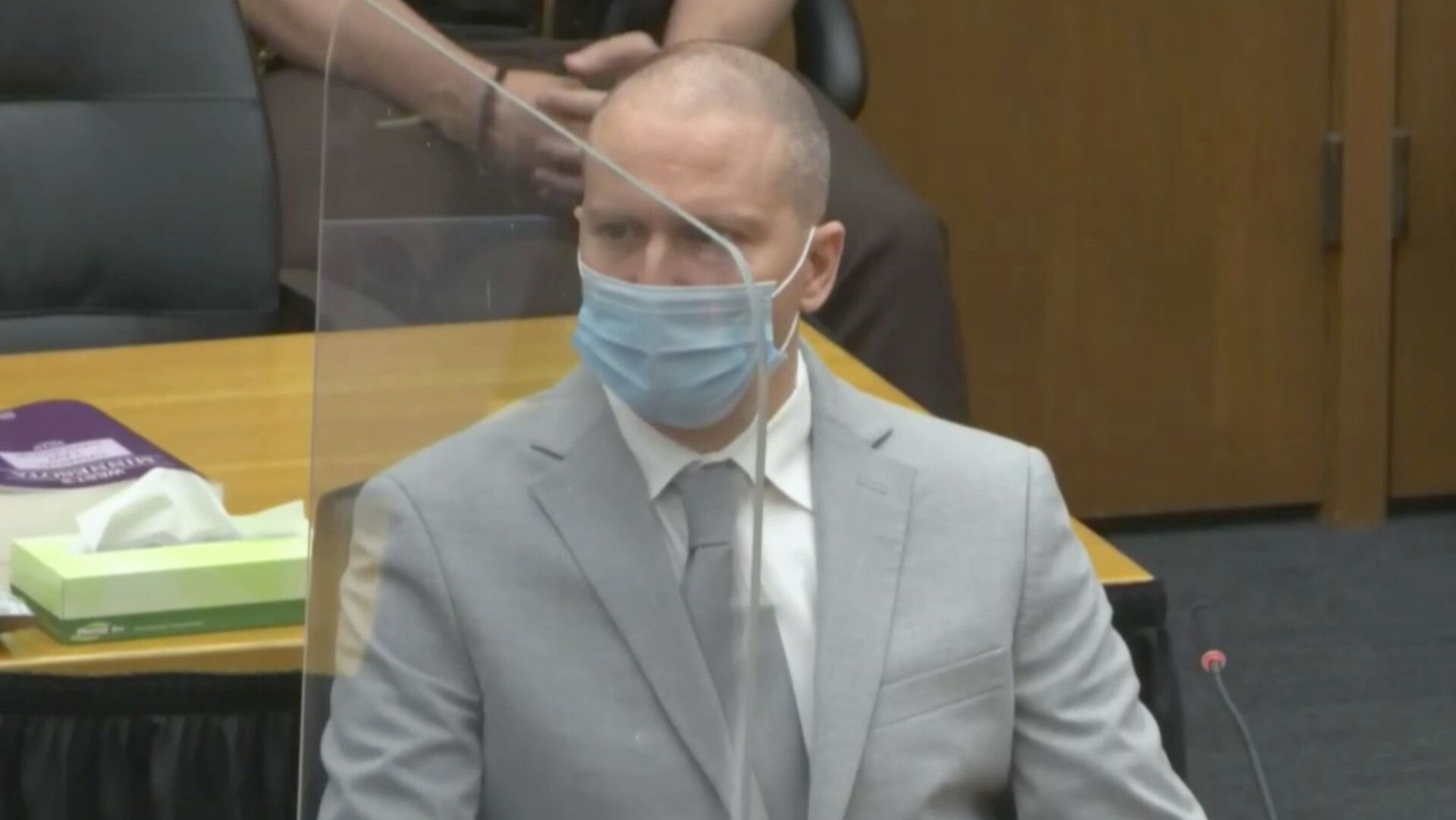 Gaby Arancibia
All materialsWrite to the author
Derek Chauvin, previously with the Minneapolis Police Department, was convicted of second-degree murder, third-degree murder and second-degree manslaughter in April for the in-custody death of local man George Floyd. The May 2020 incident prompted nationwide protests after video showed Chauvin kneeling on Floyd’s neck for over 9 minutes.

A Minnesota courtroom sentenced Derek Chauvin to 22.5 years in prison on Friday, more than a year after the disgraced officer was filmed kneeling on Floyd’s neck despite him repeatedly relaying that he was unable to breathe.

Judge Peter Cahill told the court that Chauvin would be sentenced to approximately 270 months behind bars, a sentencing that amounts to 22.5 years. Chauvin will be receiving credit for the 199 days he has already spent in custody.

“This [determination] is based on your abuse of a position of trust and authority, and also of particular cruelty shown to George Floyd," Cahill stated during the proceedings, adding that Chauvin is prohibited from possessing firearms, ammunition or explosives "for the remainder" of his life.

Chauvin is also required to register as a predatory offender under state laws.

The judge kept his courtroom remarks brief, instead opting to provide a more detailed analysis of the sentencing decision in a 22-page memorandum, which states that evidence clearly shows Chauvin taunted Floyd by responding "dismissively" to his pleas while lying facedown on the ground, and that he disregarded calls from fellow officers to roll Floyd into a "recovery position."

Following the development, Minnesota Attorney General Keith Ellison told reporters that "today's sentencing is not justice, but it is another moment of real accountability on the road to justice."

During the earlier proceedings, victim statements were given by Floyd’s daughter Gianna, his nephew Brandon Williams and his brothers Philonise and Terrence Floyd. 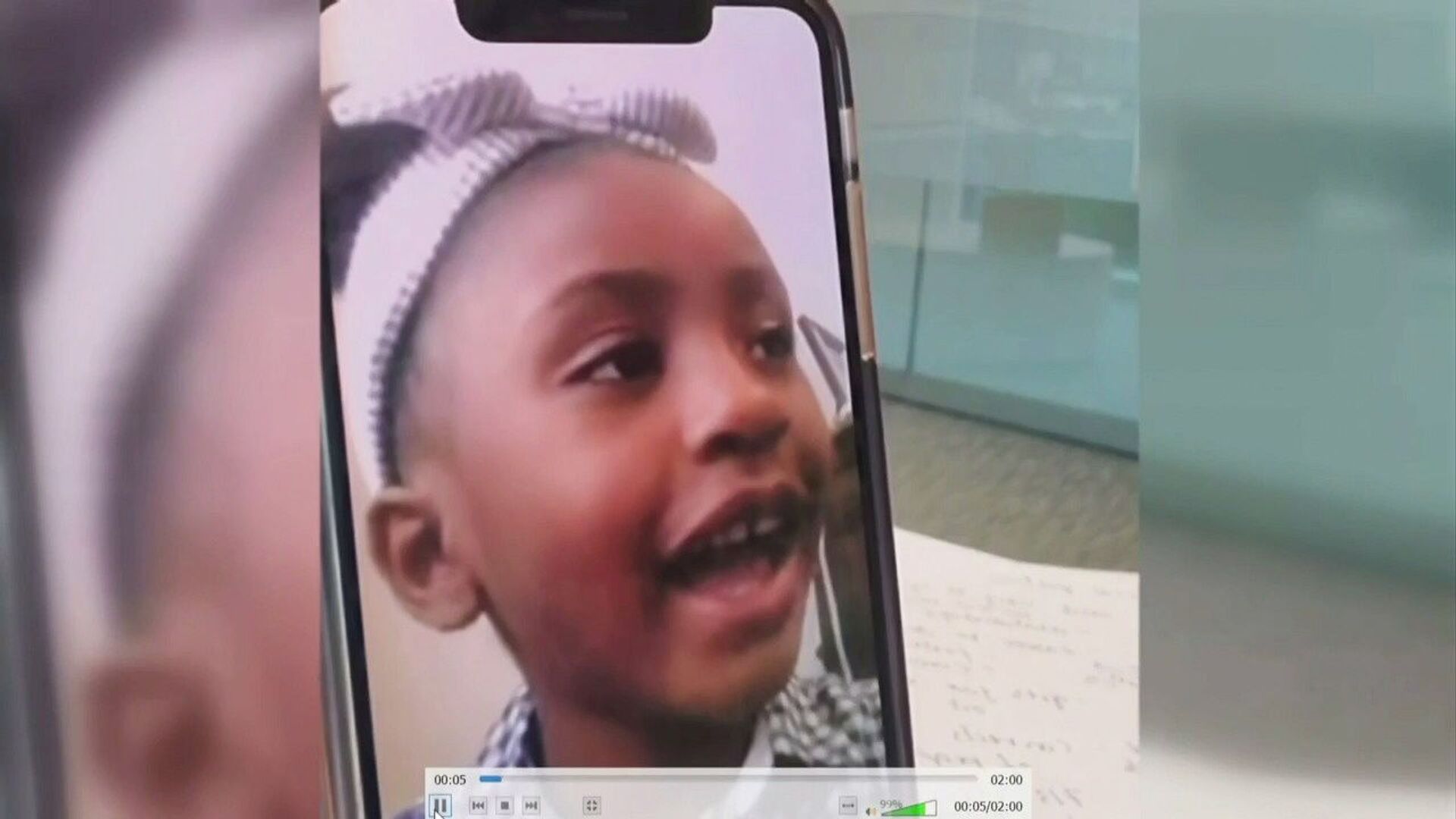 George Floyd's 7-year-old daughter Gianna testifies via a cell phone video before the sentencing of former Minneapolis police officer Derek Chauvin for the murder of her father George Floyd during a sentencing hearing in Minneapolis, Minnesota, U.S. June 25, 2021 in a still image from video.
© REUTERS / Pool

“Derek Chauvin had no regard for human life, George’s life,” Philonise Floyd told the courtroom, urging Cahill to decide against providing Chauvin the possibility of being released on parole or for good behavior.

As expected, Chauvin did not offer a full statement to the court over ongoing legal matters, but did offer his condolences to the Floyd family. Chauvin further indicated during his brief stay at the lectern that additional details would be made available soon that would offer them “some peace of mind.”

Prior to the decision, Cahill previously ruled that since the murder case involved four aggravating factors, the circumstances would effectively pave the way for the presiding judge to double the state’s 15-year sentencing guideline.

It’s worth noting that while Chauvin’s second-degree murder charge does carry a maximum sentence of 40 years, it was widely speculated that it would be unlikely he would receive such a term, as the former officer had no previous felony arrests.

The ruling came down hours after Cahill denied an attempt by Chauvin’s lawyers for a new trial, explaining in a two-page order that legal representatives “failed to demonstrate” how the court deprived Chauvin of his right to a fair trial or engaged in prosecutorial misconduct, among other offenses alleged in a previously-filed motion.

The new trial effort came nearly a month after Chauvin was convicted in April by a jury in the state’s Hennepin County. Chauvin, who pleaded not guilty to all charges at the time, has remained in solitary confinement for the past two months.

However, despite the much-anticipated Friday sentencing, the day’s events do not signify the end of this particular case. Chauvin, along with three other officers who were involved in the fatal arrest, are still facing federal charges that allege the quartet violated Floyd’s civil rights.

If convicted on the federal charge, Chauvin would serve the sentence concurrently to the state’s terms.

Trials for Tou Thao, J. Alexander Kueng and Thomas Lane - the three other officers in the Floyd case - are scheduled to be held in March 2022. Cahill opted to postpone the officers’ trial until the following year in order to put distance with the publicity surrounding Chauvin’s trial.