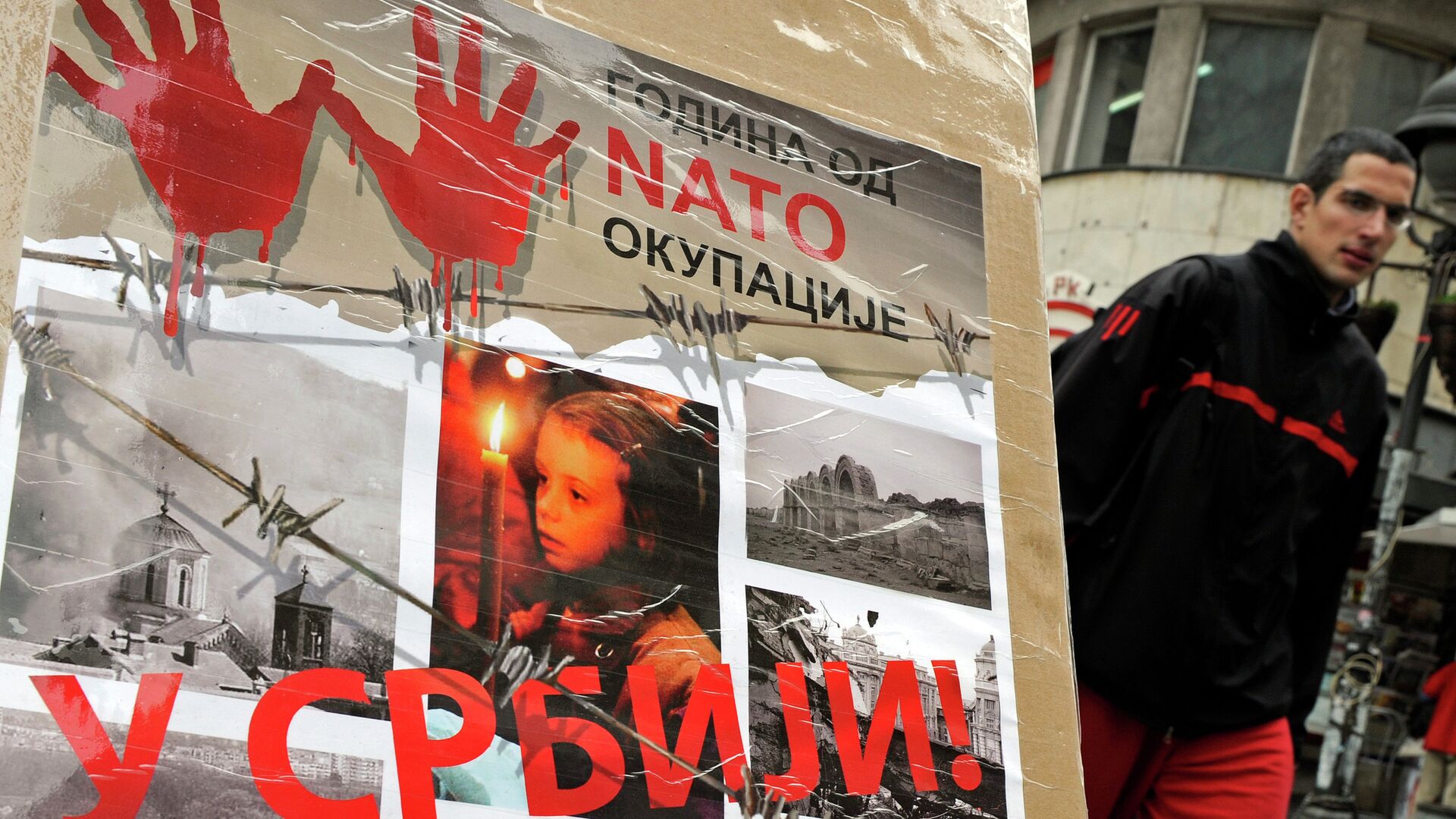 Ilya Tsukanov
All materialsWrite to the author
The Western alliance mercilessly bombed the Balkan nation for 78-days straight in 1999, with the campaign leaving over 5,000 civilians dead, causing a dramatic spike in oncological diseases, and facilitating the breakaway Serbian region of Kosovo to declare independence from Belgrade.

Serbia’s position on NATO remains unchanged, and the country will not be joining the alliance, Interior Minister Aleksandar Vulin has said.

“Serbia under the leadership of President Aleksandar Vucic has decided that it will be militarily neutral. No suspicions, no matter where they come from – from the east or the west, have any basis in reality,” Vulin said, speaking at the Russian-Serbian Conference of the Valdai discussion club in Belgrade on Thursday.

“We have adopted a parliamentary decision, a national defence strategy and all the necessary documents in which we made clear that Serbia will not be a member of NATO,” the official clarified, stressing that joining the alliance would require the country to completely change the entire structure of government.

“We are prepared to give almost everything to ensure peace, and for freedom –everything,” the official emphasized.

Vulin also commented on the ongoing dispute between the Western alliance and Moscow, saying that “the Russian Federation is voicing its position –and this position is absolutely clear – that NATO and its approach toward Russia’s borders are absolutely unacceptable, problematic from the security standpoint and unnecessary.”

The minister went on to recall NATO’s 1999 strikes against Yugoslavia, suggesting that “everything that is done against us is ultimately intended for Russia. The 1999 NATO aggression against Serbia was the beginning of an attack on Russia, and Russia understood this.”

Serbian Prime Minister Describes Wiretapping of President Vucic as Coup Attempt
Calling Russia an “ally” to Serbia, Vulin said that in all the years of cooperation between the two countries, Belgrade never experienced pressure from Russia on any issue. “Not once were we told: ‘do this and this, or you will feel the power of Russia.’”

For his part, Yevgeny Primakov, grandson of former Russian Foreign and Prime Minister Yevgeny Primakov, and head of Russia’s Rossotrudnichestvo, a government agency tasked with coordinating international cooperation, stressed that Russia’s relations with Serbia are “very good” in political terms, “taking account of the complexities of the situation in Serbia, which is surrounded by the European Union and NATO countries.”

Over 20 years after the 1999 bombings, Serbians remain broadly hostile to NATO, with a recent poll finding that some 80 percent of the country’s residents are staunchly opposed to seeing their country join the alliance, and just 5 percent expressing support for the idea. About 30 percent have also expressed opposition to the Balkan nations’ integration into the European Union.

On This Day 21 Years Ago: NATO Bombing of Yugoslavia in Numbers
Over 5,000 civilians died in the 1999 bombings, which lasted 78 days and targeted Serbia and Montenegro – which were then part of the Federal Republic of Yugoslavia. During the campaign, facetiously dubbed “Operation Noble Anvil,” NATO carried out 2,300 sorties, and fired nearly 420,000 missiles, bombs and other projectiles, including cluster bombs and depleted uranium rounds. The use of the latter caused a deadly spike in cancers throughout the region for which Western officials have refused to accept any culpability.

In 2017, Serbian academician Ljubisa Rakic calculated that the depleted uranium dropped on Yugoslavia was would have been enough to build about 170 nuclear bombs like the one the United States dropped on Hiroshima in 1945.

Serbia filed its first lawsuits against NATO on behalf of the 1999 bombing victims earlier this year.

Four of the six republics of the former Yugoslavia have joined NATO since 2004 under various levels of pressure to do so from the West and despite popular resistance in countries including Montenegro and North Macedonia. Since 1991, over a dozen countries in Eastern Europe have joined the Western bloc, despite commitments by the United States to Soviet leader Mikhail Gorbachev in 1990 that NATO would not move “one inch” eastwards after the reunification of Germany.