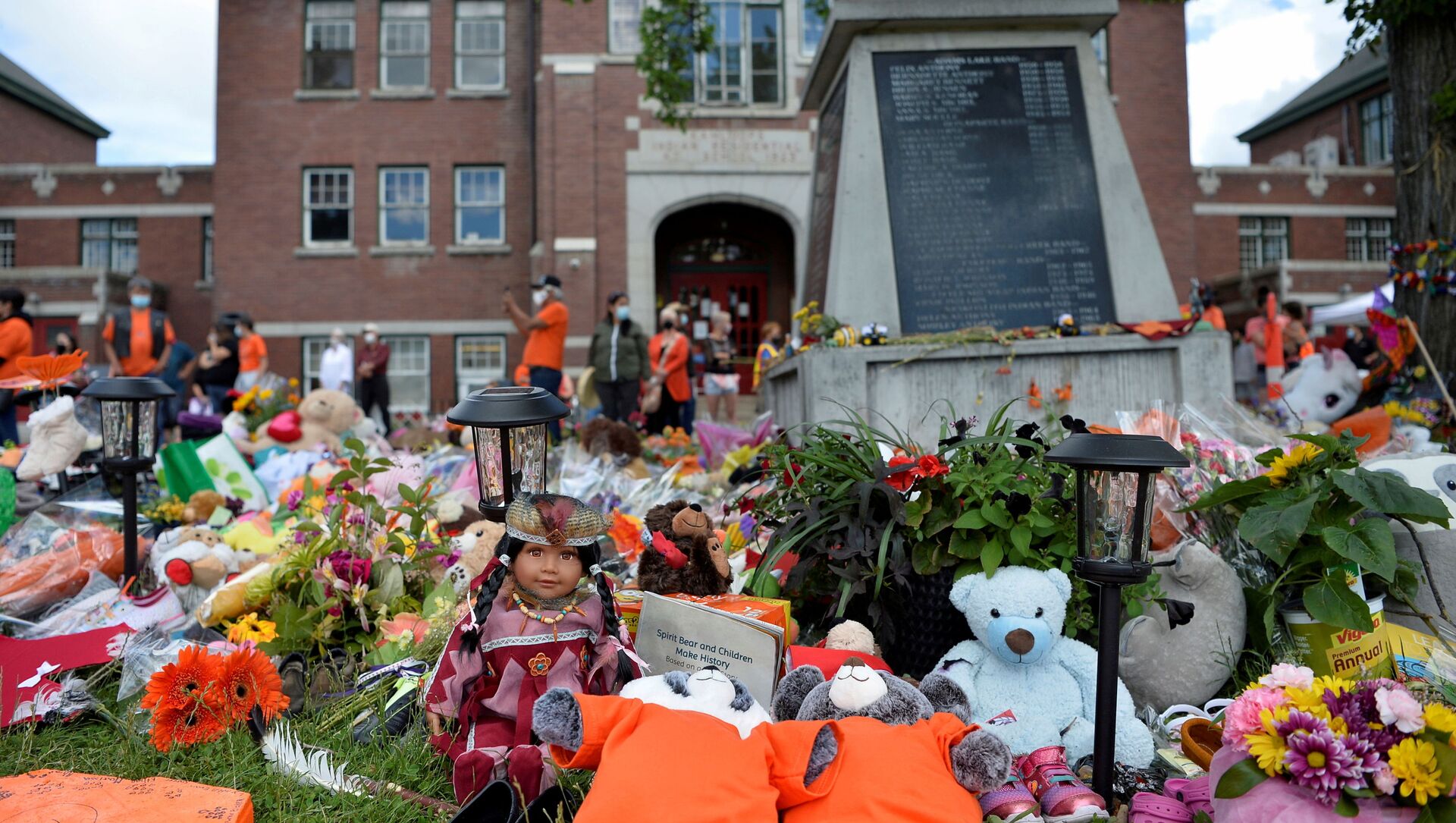 © REUTERS / Jennifer Gauthier
Subscribe
International
India
Africa
Maxim Minaev
All materialsWrite to the author
Last month, a mass burial site containing the remains of 215 children, some as young as three years old, was found on the site of a school, closed in 1978, near the Canadian town of Kamloops.

Unmarked graves were found near a former Catholic residential school for indigenous children in Saskatchewan, Canada, according to The Washington Post.

According to the Federation of Sovereign Indigenous Nations, the discovery was "the most significantly substantial to date in Canada”.

Indigenous representatives are expected to reveal details of the findings at the former school during a press conference on Thursday morning, as well as to clarify the number of bodies.

In late May, the remains of 215 children were found in a former Indian residential school in western Canada, sending shock waves through the country.

Canadian Prime Minister Justin Trudeau and members of his government expressed shock and promised a thorough investigation into the grim finding.

According to various estimates, from 3,200 to 6,000 children died in Canadian boarding schools for indigenous peoples, over the entire period of their existence (from the mid-19th century).