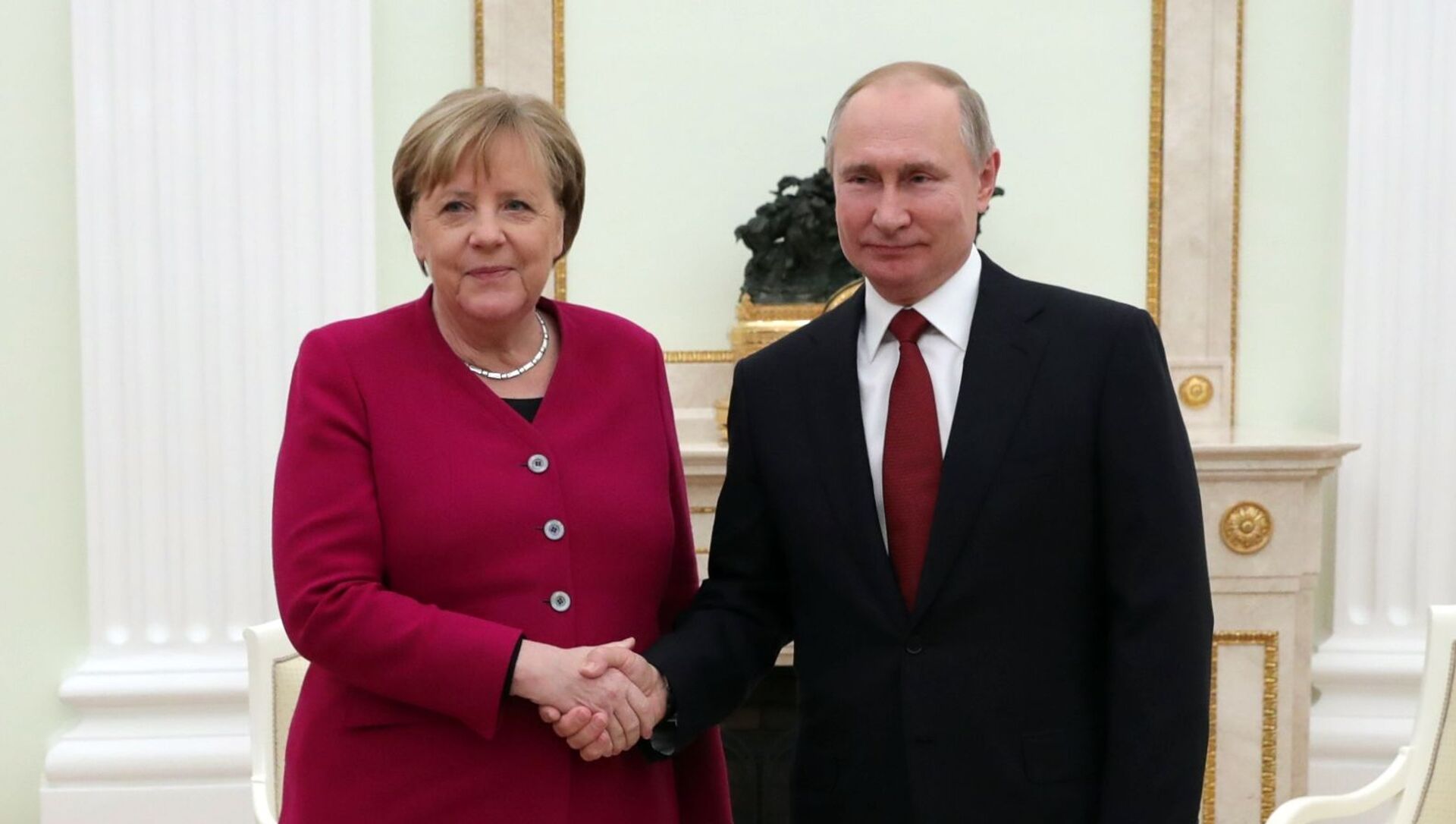 "At the request of the federal chancellor, the Russian president informed about the main results of the Russian-US summit in Geneva on 16 June", the Kremlin said in a statement, adding the two leaders also agreed on further personal contacts.

The Russian president also told Merkel that ensuring the security of the European continent was possible only through joint efforts.

"[The president] stated that overcoming mutual enmity and reconciliation of the Russian and German peoples had been of key importance for the fate of post-war Europe. Even now, ensuring the security of our common continent was possible only through joint efforts", the statement says.

Putin and Biden held their first in-person meeting at the lakeside Villa La Grange in Geneva on 16 June. The two leaders covered a wide range of issues concerning strategic stability, cybersecurity and regional matters, including Ukraine and Afghanistan, among others.

In their phone conversation, the Russian and German leaders also stressed the importance of preserving the historical memory of the tragic events of the Great Patriotic War.

Putin Warns of Degrading European Security System, Growing Risk of New Arms Race
Merkel expressed her feelings of empathy over the troubles and suffering caused by the war unleashed by the Nazis.

22 June marks the 80th anniversary of the invasion of the Soviet Union by Nazi Germany. The ensuing war claimed the lives of nearly 27 million Soviet soldiers and civilians.