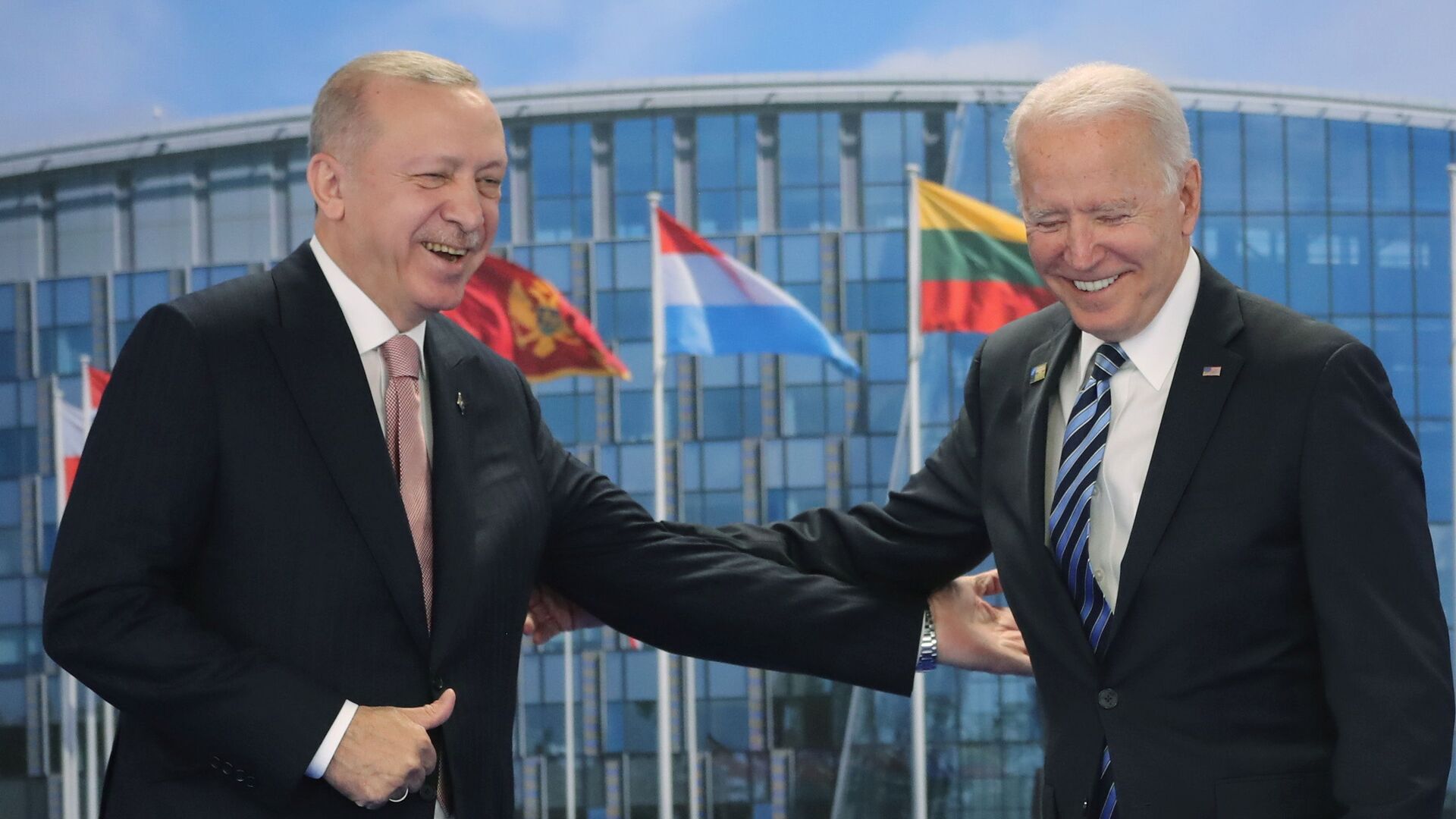 © REUTERS / MURAT CETINMUHURDAR/PPO
Subscribe
International
India
Africa
Andrei Dergalin
All materialsWrite to the author
The Turkish president himself described the meeting with his US counterpart as “productive and sincere.”

It seems US President Joe Biden is in no rush to share the details of his recent talks with Turkish President Recep Tayyip Erdogan.

Speaking with reporters when he arrived at the Europa Building in Brussels on 15 June for the US-EU summit, Biden only mentioned that he feels "very good" about his negotiations with his Turkish counterpart.

"We had long discussions and I feel very good about our meeting," Biden said when asked if he agreed on Turkey's presence in Afghanistan after the US withdrawal. "I’ll let the Turks tell you about it."

According to the Daily Mail, Turkey offered to guard and operate Kabul Airport after US and NATO forces pull out from Afghanistan.

"If they don't want us to leave Afghanistan, if they want [Turkish] support there, then the diplomatic, logistic and financial support that the United States will give us will of great importance," Erdogan said during a press conference following his meeting with Biden.

World
Erdogan Tells Biden That Turkey’s Stance on S-400 Remains Unchanged
While Biden reportedly said he and Erdogan had a "positive and productive meeting" and expressed confidence in making "real progress with Turkey and the United States," the Turkish president described the talks as "productive and sincere."

"We think that there are no issues between U.S. and Turkey relationship that are unsolvable and that areas of cooperation for us are richer and larger than problems," Erdogan said.

Relations between the US and Turkey deteriorated in recent years after the latter went purchased Russian-made S-400 air defence systems, with Washington subsequently removing Ankara from its F-35 fighter jet programme.

Relations between the two countries soured further when the US recognised the Armenian genocide by the Ottoman Empire in the early 20th century, despite Ankara denying it took place.