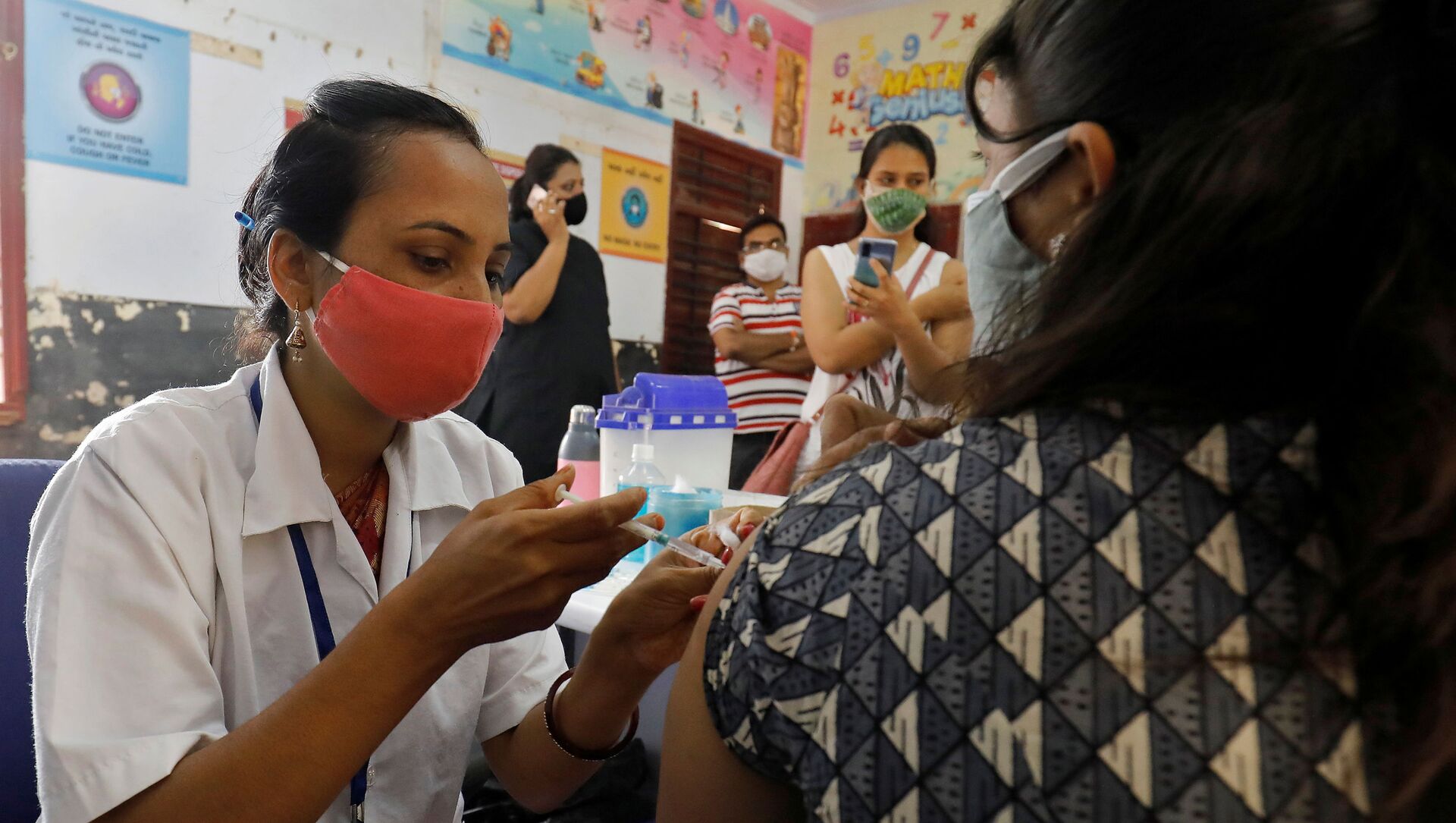 Deexa Khanduri
Sputnik correspondent
All materials
On 16 January, India launched the "world's largest vaccination drive” to inoculate its adult population, estimated at more than 900 million including five million migrants, according to the 2011 census. However, many of these are homeless and lack both the mandatory legal documents and the smartphone needed for online registration.

In the past few weeks, 60-year-old Rajinder Singh has visited many vaccination centres to get his second dose of Covishield. But despite his best efforts, luck has yet to smile upon him.

Singh lives in Delhi's Dakshinpuri slum area and runs a makeshift shop selling tobacco and cigarettes in the city’s South Extension area. He had his first vaccine dose on 28 March.

According to guidelines, a person should receive their second jab 30 days after being given the first dose. However, in May, the health ministry changed the period between Covishield doses to up to 84 days.

Singh, 74 days after getting his first dose, now hasn't a clue how to getting his second dose.

Talking to Sputnik, he said that the daughter of a friend had registered his name via the CoWIN App and booked the slot. Now she has left and he doesn't have a smartphone to book a second dose.

"Someone told me that the government also has options of offline registration or walk-in inoculation. But I have visited different vaccination camps. People at one of the centres said only an online system is allowed, people at another centre told me it’s closed because they are short of vaccines," Singh said,

In February, the federal government launched the CoWIN app for vaccine registration. However, many state governments also allowed offline or walk-in registration for the vaccines.

But in the capital city, Delhi, where central and city governments are administering the vaccine doses, finding an offline registration centre is not so easy for everyone.

Soon, after a surge in COVID-19 cases and the ensuing political criticism, Indian Prime Minister Narendra Modi rolled out the second phase of vaccination from 1 March. Citizens aged above 60 - or 45 with comorbidities - also became eligible for vaccination during the second phase.

In the third phase, which began on 1 April, all citizens above 45 were eligible, and from 1 May vaccinations were open to all youths.

However, by 10 June only 14 percent of India’s 1.36 billion population had been vaccinated, and 3 percent fully vaccinated with both doses.

To explore how those earning a daily wage - most of whom are migrants from neighbouring states - have managed to be inoculated, Sputnik visited two parts of Delhi: Kotla, the South Delhi's job market, and Azadpur Mandi, Asia's largest vegetable market.

One can meet hundreds of daily-wage labourers or migrant workers including drivers, porters, construction workers, carpenters, plumbers, and painters, in these parts of the city.

Asked about how and when they are planning to get vaccinated, one of them, 52-year-old Suresh Kumar at the Azadpur market, said that at the moment he's not so worried about getting vaccinated as he is about earning. 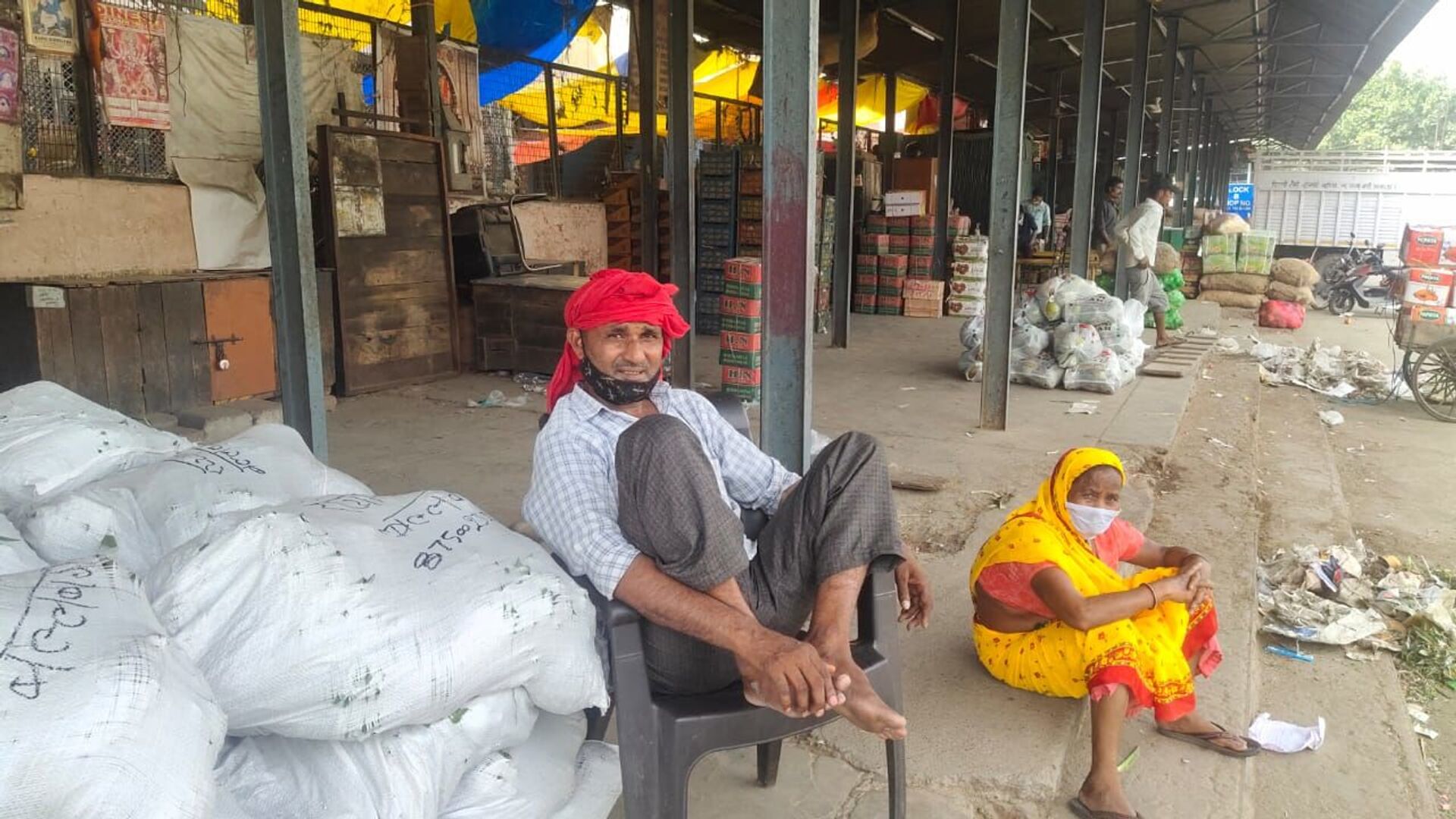 "I used to work as a porter in the market. But because of COVID-19 induced lockdown, people stopped visiting the market and no one needed my services. Now, lockdown curbs have started to be relaxed, I cannot afford to skip a single day of work, especially when I have already taken a $342 (INR 25,000) loan," he said.

Earlier this week, the Indian government said that they will vaccinate all citizens by the end of December. It’s a target which many experts say looks ambitious, to say the least.

Many of the people Sputnik spoke to said they could not get inoculated either because they were not sufficiently tech-savvy to book their slot online, or because they did not have a smartphone with which to book it.

For offline vaccination booking, people have to show a government-approved identity document such as the Aadhaar, or Identity, card, voter identity card or ration card.

Since many migrants or homeless people exist in cities and they don’t necessarily have proper identifying documents, the probability is that such people are missing the inoculation drives.

Describing the COVID-19 vaccine as a matter of "rich-poor disparity", Sunil Kumar Aledia, founder of the Centre for Holistic Development, an NGO designed to house Delhi's homeless, said: "Indian companies and international firms including Tata, Reliance, Uber, Ola, or those in the hospitality sectors, announced that they'd be vaccinating their employees as a matter of priority.

“The present vaccination drive has been hobbled by politics, inefficient delivery, and a rich-poor disparity," Aledia added.

Statistically speaking, according to India's federal Health and Family Welfare Ministry, as of 11 June, 3.3 percent of the country's population has been fully vaccinated (ie, they have received both doses of either Covishield or Covaxin) and 14 percent have received the first dose of either Covishield, Covaxin or Sputnik V.
Over the past 24 hours, India registered 94,052 fresh cases of coronavirus. The death toll surged by a record 6,148 to a total of 363,097. India's total caseload has exceeded 29.3 million.