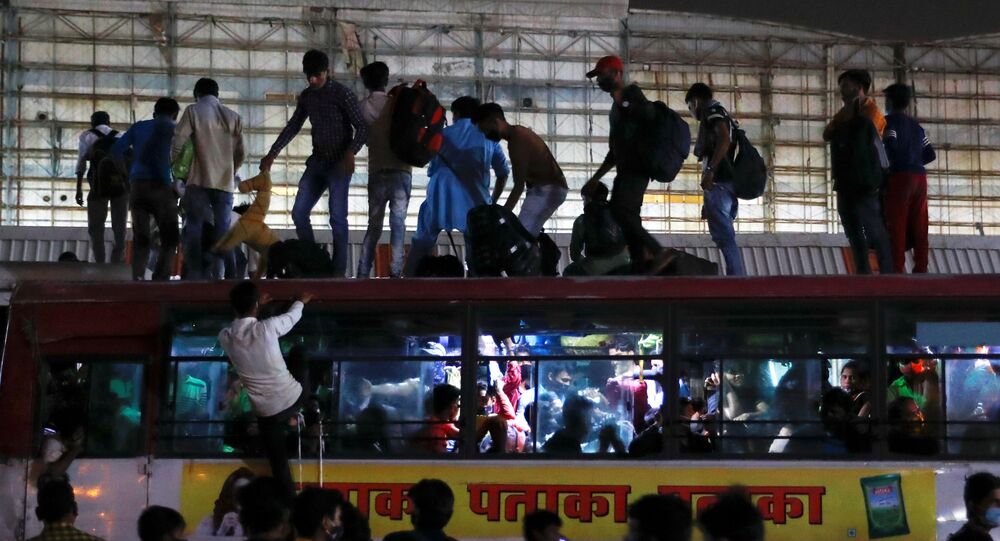 Thousands of migrant workers are flooding railway stations and bus stops in a bid to return home after Delhi State Chief Arvind Kejriwal announced a week-long lockdown in the Indian capital.

Two people have died and several others are injured after an overloaded bus carrying migrant workers crashed while travelling along Gwalior Highway in the Indian state of Madhya Pradesh on Tuesday.

Speaking to Sputnik, a senior police official requesting anonymity said that the bus was heading to Chhatarpur and Tikamgarh from Delhi and overturned in the Jorasi district of Gwalior.

"The bus was overcrowded as it was carrying around 90 passengers in a 52-seater bus. The rescue operation is still underway," he said, adding that the injured had been rushed to hospital.

Two killed and many injured when a bus filled with #Migrants overturned in Gwalior.

​He said that several of the injured are in a critical condition. The bus was reportedly overloaded with luggage, which is one possible reason it tipped over.

The accident comes as thousands of migrant workers from several Indian states are heading back home after lockdown measures have been implemented in many Indian cities to curb the spread of COVID.