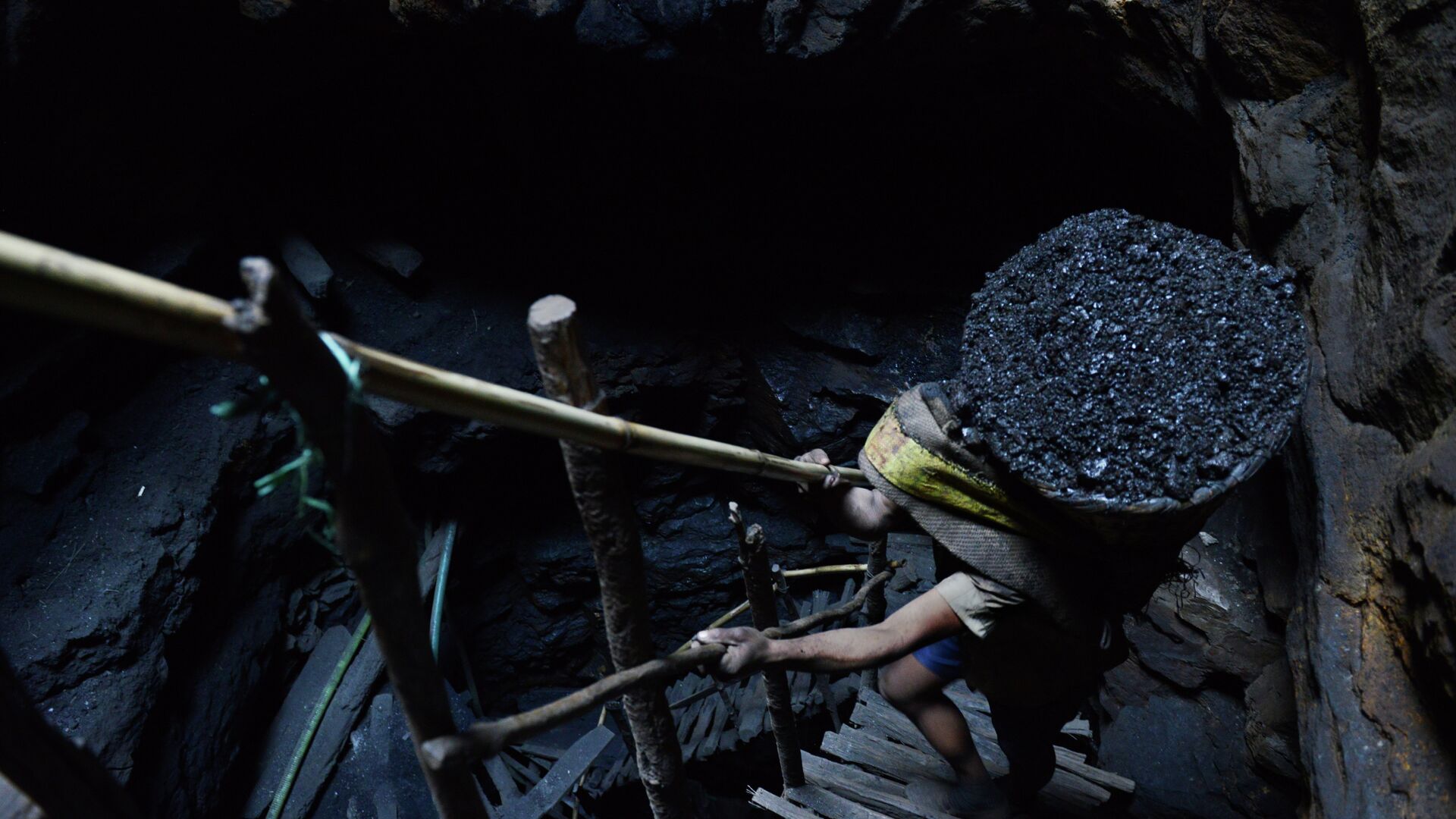 Radhika Parashar
All materialsWrite to the author
The northeastern Indian state of Meghalaya is a treasure trove of around 560 million tonnes of coal deposits. Following numerous reports of illegal coal mining here, the National Green Tribunal (NGT) Act was amended in 2014 to impose a blanket ban on rat-hole coal mining across Meghalaya. Yet, illegal mining still happens in the region.

The Indian state of Meghalaya has sought the Indian Navy's help as five workers from an illegal coal mine have been missing for 12 days in the East Jaintia Hills district, a media report said on Friday.

These labourers went missing after a dynamite explosion flooded the mine they were illegally working in, the Indian news channel NDTV reported.

"We have written to the Ministry of Defence to provide us Navy divers for assisting in the rescue operation", the report quoted Meghalaya State Chief Conrad K. Sangma as saying.

Videos and pictures of appearing to depict security officials carrying out the daredevil mission, struggling with incessant downpours have surfaced on social media. The officers can be seen in bright orange-coloured raincoats, boarding a container lifted by a crane and being lowered down into the mine.

​Shining Langstang, the owner of the illegal coal mine, was arrested on 4 June in the village of Satunga, located near the mine, local police officials recently told the media.

​This is the second mining incident to have happened this year in Meghalaya's East Jaintia Hills district – an area, infamous for illegal "rat-hole" coal mines.

Earlier in January, six labourers died in a coal mine in East Jainita Hills, reportedly falling into a 150-foot deep pit while digging a tunnel.