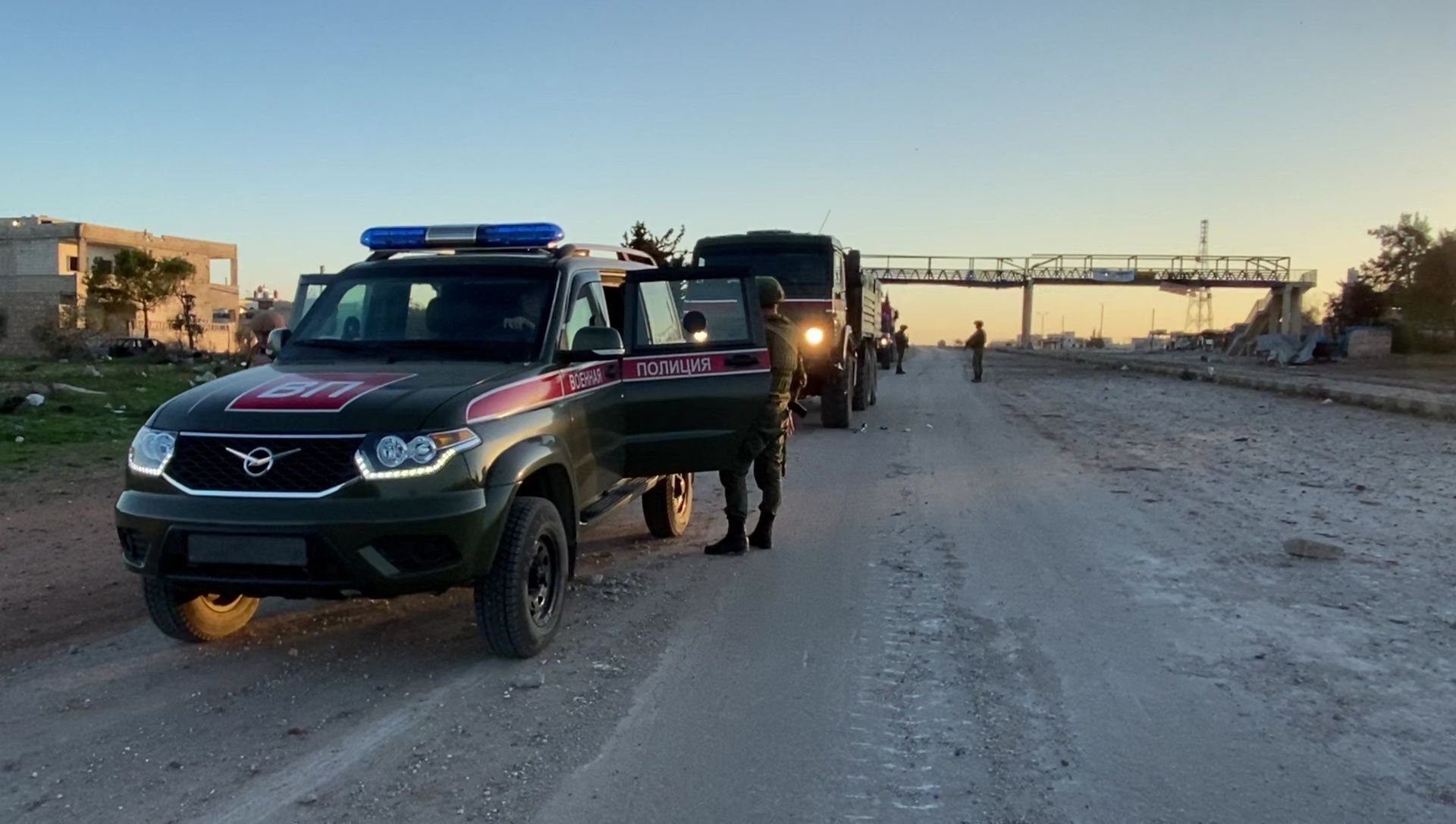 © Sputnik / Mikhail Alaeddin
/
Go to the mediabank
Subscribe
International
India
Africa
Kirill Kurevlev
Managing Editor
All materialsWrite to the author
According to a statement from the Russian military, one Russian serviceman died from injuries as a result of the explosion. The three Russian servicemen accompanying him in the car were taken to a hospital, where they received the necessary medical assistance. Their lives are not currently in danger.

The explosion of the armored car occurred while checking the patrol route of the Russian military police in the Syrian province of Hasakah, the Russian Ministry of Defense said on Wednesday.

"On June 9, 2021, an armored vehicle exploded after tripping an unidentified explosive device while checking the patrol route of the Russian military police in the Al-Hasakah province of the Syrian Arab Republic," the Russian Defense Ministry said in its statement.

According to the statement, the Defense Ministry "will provide all the necessary assistance and support to the family of the killed serviceman."

The Russian military mission in Syria was established in September 2015 at the request of the Syrian authorities to combat illegal armed groups and terrorist groups involved in the civil war, which began in 2011 as a result of anti-government protests and the surge of terrorist groups in the region.

In February 2016, the Russian Defense Ministry also established the Center for Reconciliation of Opposing Sides and Control of Refugee Movement in Syria, to help mitigate the ongoing conflict between the opposing sides. Its responsibilities also include negotiating agreements on illegal armed groups and individual settlements joining the cease-fire regime, in addition to organizing humanitarian aid distribution, as well as patrols of Syrian roads and cities.

* Daesh (also known as ISIS/ISIL/IS), Jabhat al-Nusra (also known as Al-Nusra Front, Jabhat Fatah al-Sham, or al-Qaeda in Syria) are terrorist organizations outlawed in Russia and many other states.