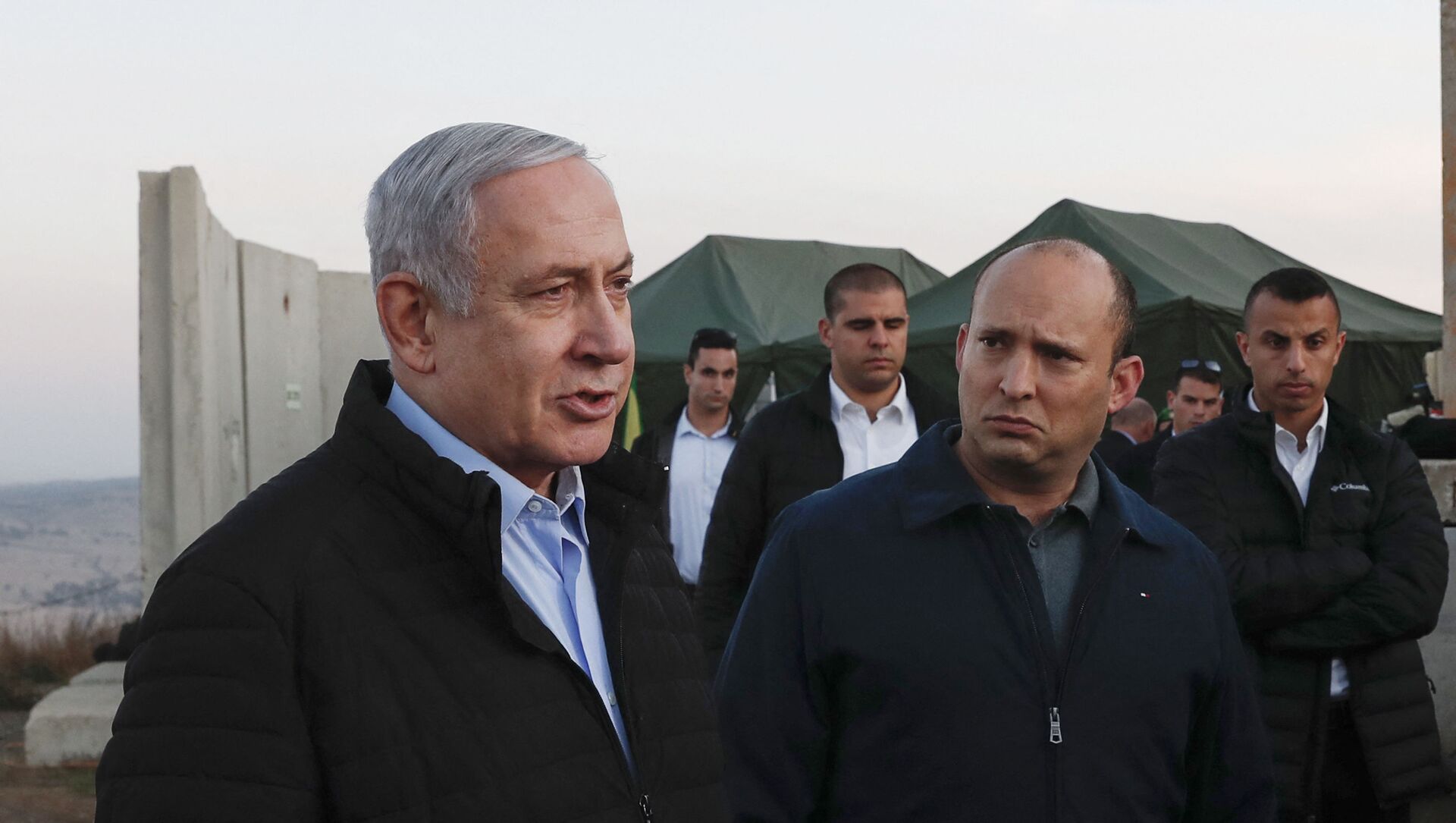 © AFP 2023 / ATEF SAFADI
Subscribe
International
India
Africa
Arty Katkov
All materialsWrite to the author
On 2 June, Yair Lapid, the leader of the opposition party Yesh Atid, informed President Reuven Rivlin that he had forged a coalition that could unseat current PM Netanyahu, after the chief of the Yamina party, Naftali Bennett, okayed the formation of a joint government that would have rotating offices with him at the helm for the first two years.

Benjamin Netanyahu claimed on Sunday that Yamina leader Naftali Bennett would surrender to pressure from the United States to return to the nuclear agreement with Iran if he replaces him as Israeli prime minister. The agreement, Netanyahu believes, would endanger the future of Israel.

"This is a government that will not be able to withstand the pressure from the United States to return to the nuclear agreement with Iran that will bring Iran atomic bombs that would threaten us", Netanyahu was quoted as saying by The Jerusalem Post.

"When this agreement comes, the security cabinet with Lapid, Michaeli, and Horowitz will not approve any daring steps in enemy territory inside Iran. A government that is dependent on supporters of terror cannot take consistent and systematic steps against terrorist groups in Gaza, and it is doubtful that it will be able to fight decisions against IDF soldiers by the International Criminal Court in The Hague", he said.

Israel’s Defense Chief to Discuss Iran, Gaza with US Leaders
According to the outlet, by supporters of terror Netanyahu was referring to the Ra'am (United Arab List) party, headed by Member of the Knesset Mansour Abbas.

The Israeli government has always been opposed to the nuclear deal with Iran, under which Tehran agreed to scale back its nuclear programme and downgrade its uranium reserves in exchange for sanctions relief. The US unilaterally left the deal under Donald Trump's administration in 2018, which prompted Iran to draw back its commitments to it.

Prime Minister Benjamin Netanyahu recently said that there's no bigger threat to Israel than “the existential threat posed by Iran's attempts to arm itself with nuclear weapons”, and that there “must be no return to the previous nuclear agreement”.

His comments came amid incumbent US President Joe Biden’s intentions to return to the Iran nuclear deal and the ongoing talks in Vienna on the matter.

Earlier this month, the US Department of State said that Washington's efforts in the Vienna talks seeking to revive the nuclear deal, officially called the Joint Comprehensive Plan of Action (JCPOA), would progress at an appropriate pace, while Iran's lead negotiator, Abbas Araghchi, said that the fifth round of talks was difficult, but unlikely to be the last.