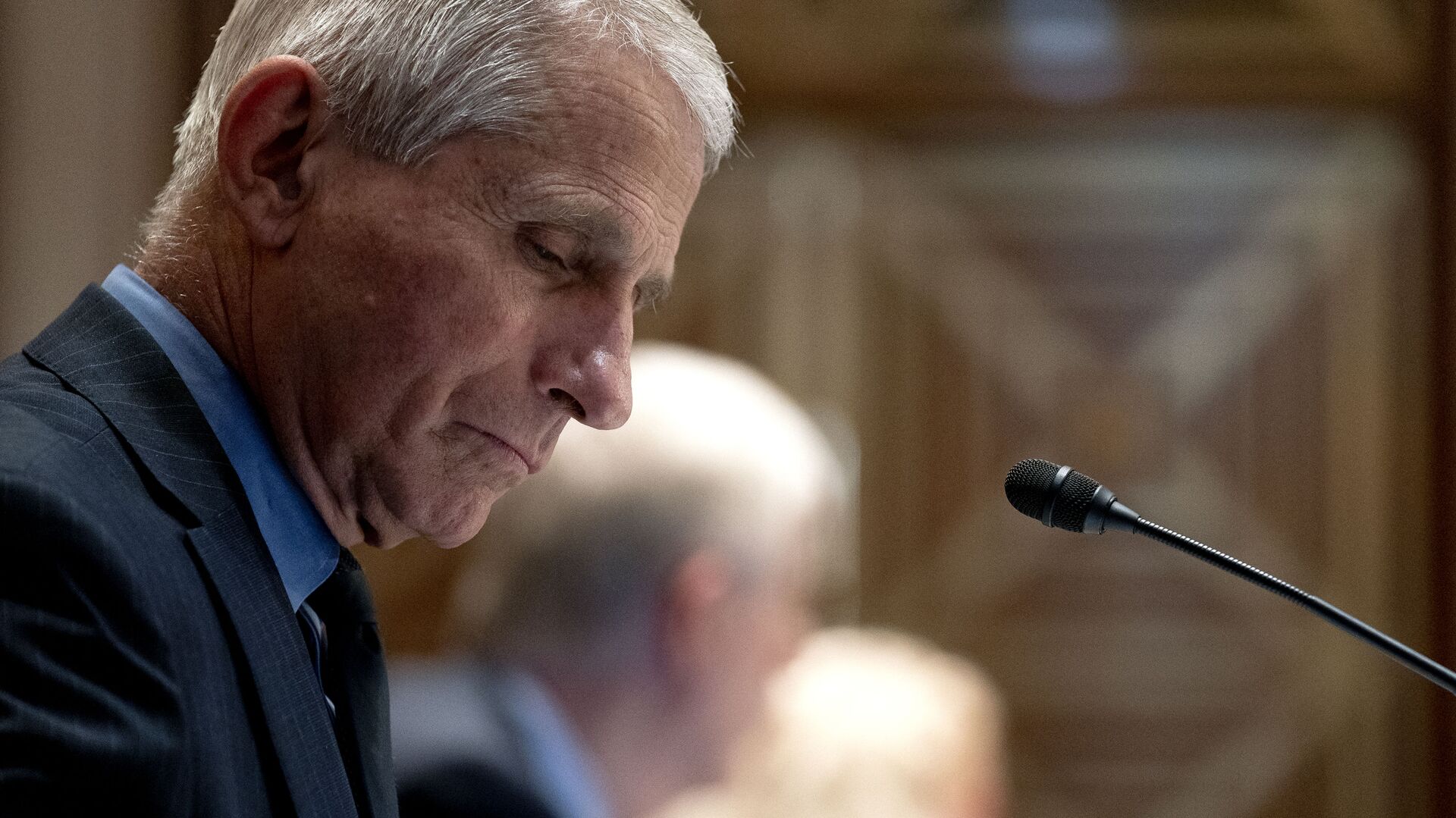 Daria Bedenko
All materialsWrite to the author
The book, titled "Expect the Unexpected", was set to be published in November 2021, according to a cache version of its Amazon listing. In the tome, Fauci was expected to share "lessons that have shaped his life philosophy."

On Wednesday, a book by Dr. Anthony Fauci, "Expect the Unexpected: Ten Lessons on Truth, Service, and the Way Forward" appeared to have been entirely scrubbed from Amazon after being listed for pre-order, as well as from the Barnes & Noble bookstore.

Many noticed the disappearance of the book from online stores, with Amazon returning an error page when one tries to access the book's pre-sale listing.

According to a cache version, the book was slated to be published on 2 November 2021, with the hardcover version costing $18.

Every time I click on the link of Fauci’s book… adorable 😬🥴🤡❤️ pic.twitter.com/t9hmKmo5He

According to The Daily Mail, citing a statement from the publisher, National Geographic Books, the book disappeared from online bookstores because it was put up for pre-sale "prematurely", in error.

Shortly after the release of the book was announced, many criticised Fauci, the director of the US National Institute of Allergy and Infectious Diseases (NIAID) and the chief medical advisor to the president, for what they saw as an attempt to profit from the coronavirus pandemic, given that he particularly gained attention and notoriety as the country's leading infectious disease expert and, at times, the head of a White House coronavirus task force.

"Dr. Fauci is publishing a book and became the highest paid federal government employee while you lost your business and had your kids out of school for a year", a Daily Caller reporter, Greg Price, tweeted.

Profiting from the pandemic with a book deal is truly a new low.https://t.co/sdsts2rtAg

Fauci shouldn’t profit off of a deadly pandemic for which he oversaw the response to, especially when it turns out he lied.

​​Criticism was also fueled by the emergence of more than 3,200 pages of Fauci's emails dating back to the beginning of the coronavirus pandemic, published by BuzzFeed News. The messages covered the period between January to June 2020 and showed how Fauci dealt with the massive flow of information as the COVID pandemic began to ravage the United States.

​In particular, emails revealed that Fauci spoke to a former Obama administration health adviser, discussing antiviral treatment, and also got in touch with Facebook CEO Mark Zuckerberg, as the latter announced the creation of an "information hub" about the coronavirus and asked whether the platform could help with accelerating testing protocols.

Among the messages were also emails in which Fauci discussed masks and different drugs that could possibly be used to treat COVID, including the hydroxychloroquine that was promoted by the former US president, Donald Trump, and received mixed reaction.

The leak of emails sparked heated discussion about Fauci and his role in the US coronavirus response.

Fauci has not commented on his emails, nor has he reacted to the disappearance of his book from online bookstores.