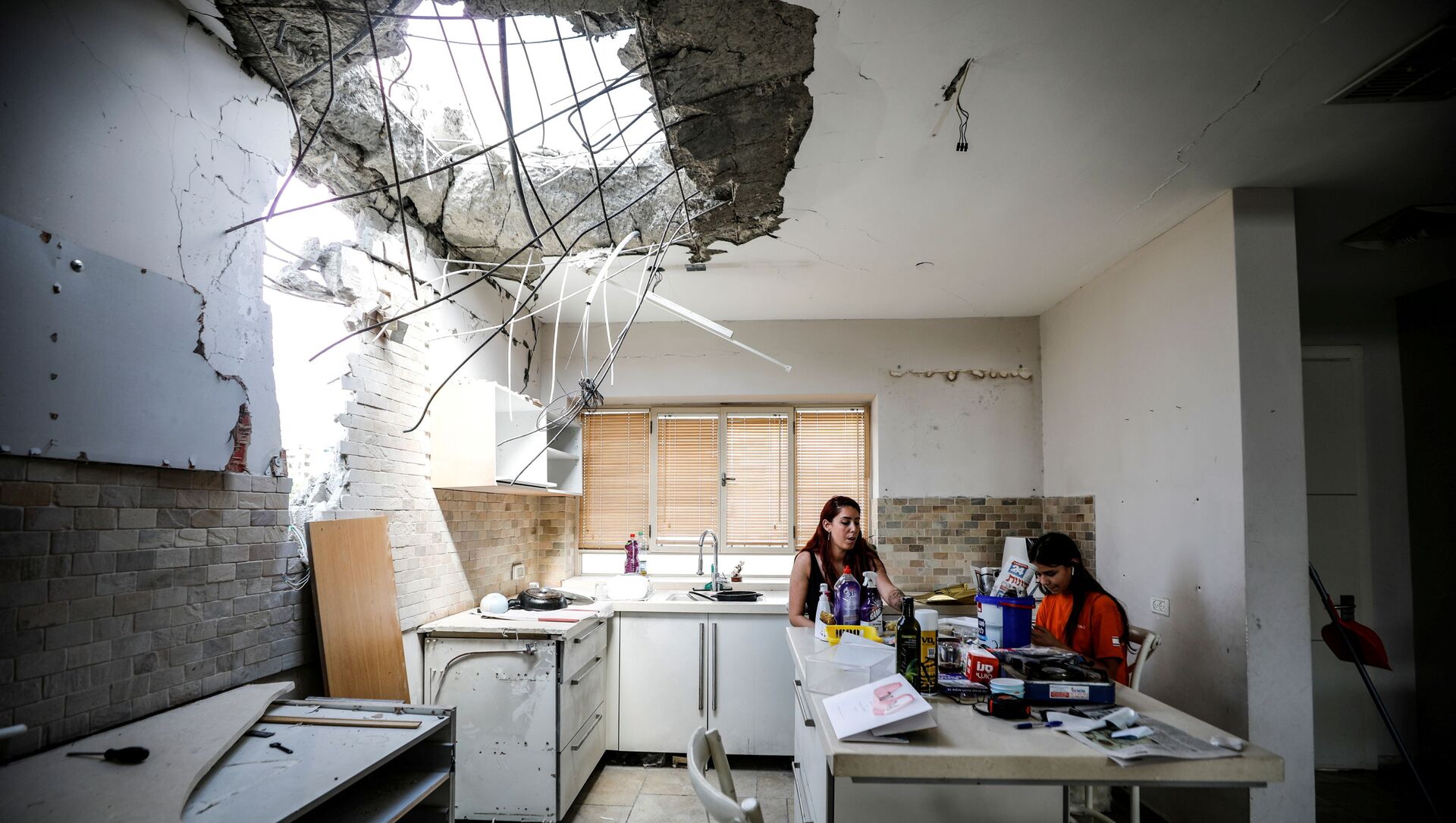 © REUTERS / AMIR COHEN
Subscribe
International
India
Africa
Alexandra Kashirina
All materialsWrite to the author
Earlier this month, a US Republican senator from Texas, Ted Cruz, announced that he would personally visit Israel to assess the country's national security needs amid hostilities between the Palestinian military movement Hamas and Israel that recently reignited.

A GOP US senator from Texas, Ted Cruz, on Monday tweeted photos depicting destruction in Israel, that he says occurred during military actions between Tel Aviv and Hamas. He shared pictures of ruined civil buildings in Ashkelon, a coastal city in the south of Israel.

“Countless times, I’ve seen a Mezuzah hanging on a door frame. This is the first time I’ve seen one on a home bombed by terrorists,” Cruz tweeted.

A mezuza is a small decorative piece of parchment in a metallic case with Hebrew verses from the Torah. The item is usually fixed to the doorpost of a Jewish home.

Countless times, I’ve seen a Mezuzah hanging on a door frame. This is the first time I’ve seen one on a home bombed by terrorists.

A Hamas rocket killed the caretaker of the elderly lady who lived here in Ashkelon, in southern Israel. This is all that remains. pic.twitter.com/fHBJGFOnRx

The Texas lawmaker, along with another Republican senator, Bill Hagerty of Tennessee, landed in Tel Aviv on Sunday as part of an official visit "to hear and see firsthand what our Israeli allies need to defend themselves and to show the international community that we stand unequivocally with Israel."

The UN Office for the Coordination of Humanitarian Affairs in the Gaza Strip has recently reported that nearly 17,000 buildings were damaged as a result of the new military actions. Authorities said earlier that it would take $100 million to rebuild the damage in Gaza from Israeli air strikes.

The UN also stated that an estimated 800,000 people currently do not have regular access to clean water, as nearly half of the water-delivery infrastructure was destroyed during the bombing.

Hostilities between Palestinian Islamic Resistance Movement Hamas, based in Gaza, and the Israeli Defense Forces (IDF) rekindled on 10 May, following clashes at the Al-Aqsa mosque in East Jerusalem between Israeli police and Palestinian protesters.

The sides agreed to a cease-fire that came into force on 21 May. According to the Israeli military, at least 12 people were killed on the Israeli side, and at least 277 in the Gaza Strip, per the Palestinian Health ministry.