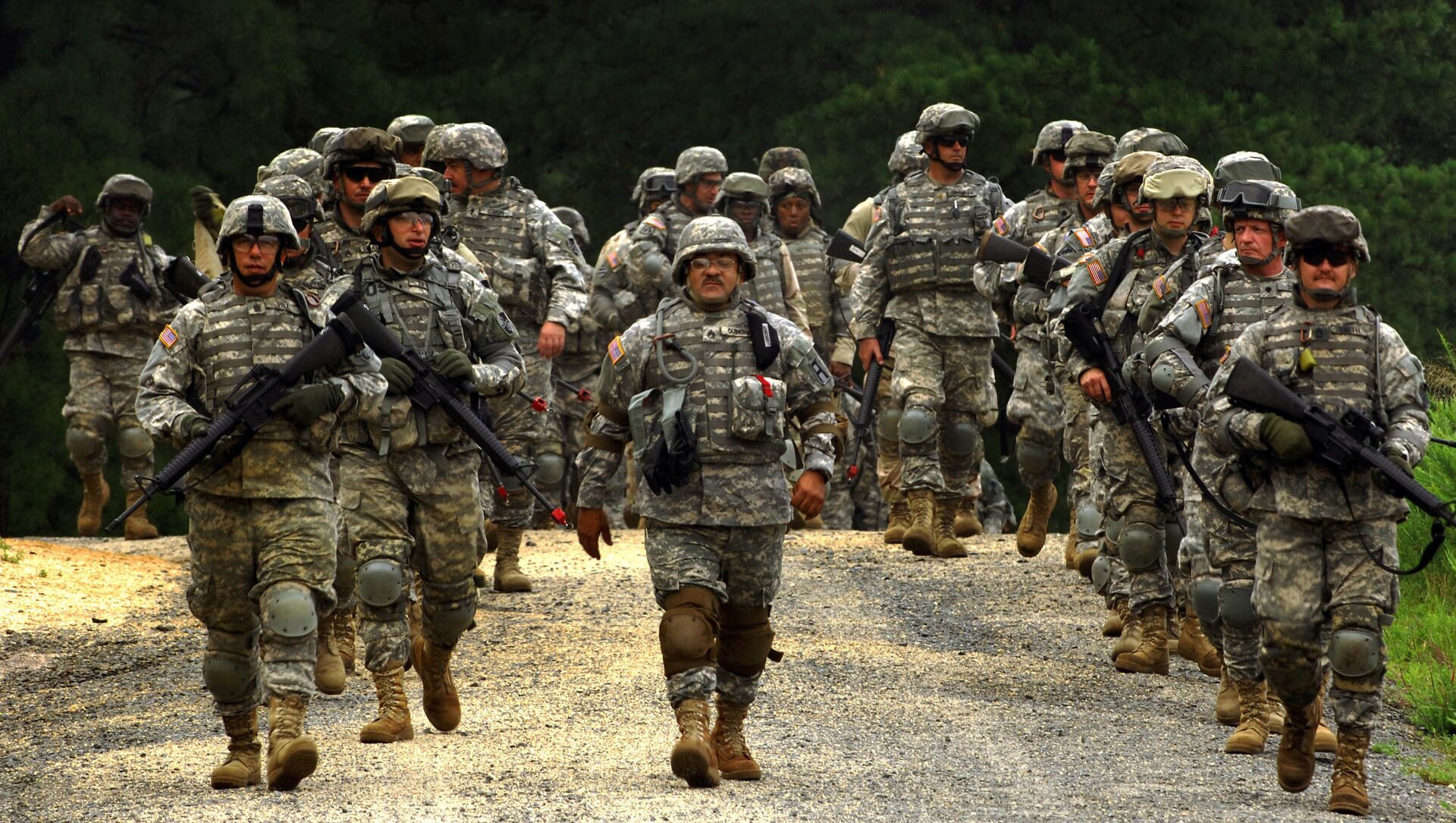 CC BY 2.0 / The U.S. Army / U.S. Army Soldiers
Subscribe
Andrei Dergalin
All materialsWrite to the author
During the incident, US soldiers reportedly entered the factory premises and swept through one of the buildings, having ordered the workers there to sit down.

Workers at a sunflower oil processing factory in the village of Cheshnegirovo, located in the Plovdiv region of Bulgaria, had a close and not exactly pleasant encounter with US servicemen who entered the facility unannounced, local TV network NOVA reports.

The incident occurred on 11 May during the Swift Response 21 military exercise, which was held at a military airfield located in close proximity to the plant.

According to the media outlet, a group of US servicemen armed with assault rifles and machine guns hopped over the fence surrounding the facility and entered the factory floor. Two workers reportedly said that the soldiers ordered them to sit down, and then split into groups and swept through the building.

"It was really scary. I was very afraid and didn’t know how to react for about half an hour," one worker said, as quoted by NOVA.

Eyewitnesses of the incident did not call emergency services and contacted the plant owner, Marin Dimitrov, who was not present at the site at that time. It was he who went to the airbase to sort things out.

"I immediately went to them because the exercise was held there. I went straight to the military police. There were two young men there who contacted their superior and told me that they cannot react to that," Dimitrov said. "It is a serious insult for me. Like I’m some sort of terrorist. I am insulted and humiliated."

"To me, the unlawful intrusion of private property is apparent," said lawyer Boris Maznev. "We also believe that threatening and threats of murder are apparent as well, as the respective actions were carried out with the use of long-barrelled firearms pointed towards civilians."

The media outlet also sent a request for comment to the US embassy in Bulgaria, which redirected that request to the ministry of defence, with the latter promising to investigate the matter.

Hristo Atanasov, head of the village administration, also complained earlier this month that no one had notified him about the military exercise.

Meanwhile, the US embassy has already issued a statement regarding the incident, explaining that "soldiers entered and cleared a building next to the airfield that they believed was part of the training area, but that was occupied by Bulgarian civilians operating a private business," Bulgarian News Agency reports.

"The U.S. Army takes training seriously and prioritises the safety of our soldiers, our allies, and civilians. We sincerely apologise to the business and its employees. We always learn from these exercises and are fully investigating the cause of this mistake," the US Embassy in Sofia said. "We will implement rigorous procedures to clearly define our training areas and prevent this type of incident in the future."