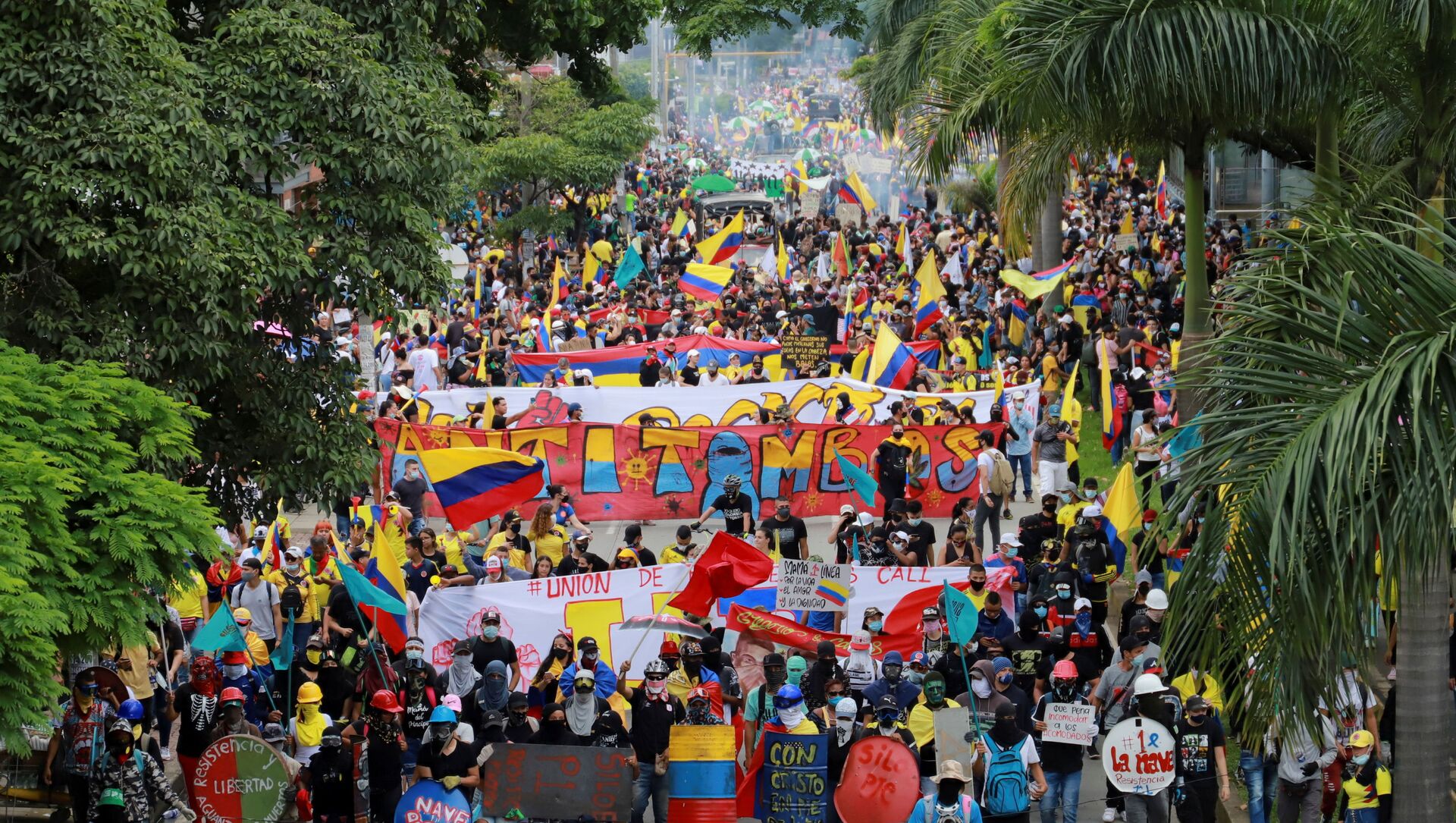 MEXICO CITY (Sputnik) – At least 10 people were killed and 23 others were hospitalised during a day of protests in the city of Cali in southwestern Colombia, Security Minister Carlos Alberto Rojas Cruz said on Saturday.

"Yesterday, 10 people were killed in Cali, and in some areas in the south of the city, confrontations turned into a real urban war", Rojas said live on the Caracol radio station.

According to him, many demonstrators sustained injuries during the rallies, with at least 23 of them admitted to the city's hospitals.

"However, we know that there are many more of them", the minister noted.

Local media and social networks voiced dismay over the recent series of videos showing people wearing civilian clothes shooting at protesters, and moving together with police officers. Activists demanded that the authorities explain these incidents.

"The presence of armed civilians on the streets of the city is unacceptable, it turns it into a field of military operations… The revealed facts require a quick and thorough investigation involving all law enforcement agencies", Rojas said.

The city of Cali has been the epicentre of protests against tax hikes, rocking Colombia since late April even after the authorities discarded the initiative. Labour and student organisations demand social and health care reforms, demilitarisation of cities, and dissolution of Mobile Anti-Disturbance Squadron forces.

Rallies in Cali involve violent clashes between protesters and law enforcement troops. In the wake of the poor security situation, local authorities announced a night curfew. In addition, on Friday Colombian President Ivan Duque arrived in the province of Valle del Cauca, of which Cali is the capital, to hold a security council session and discuss the unrest with the regional government. He pledged to deploy more military personnel to the area. 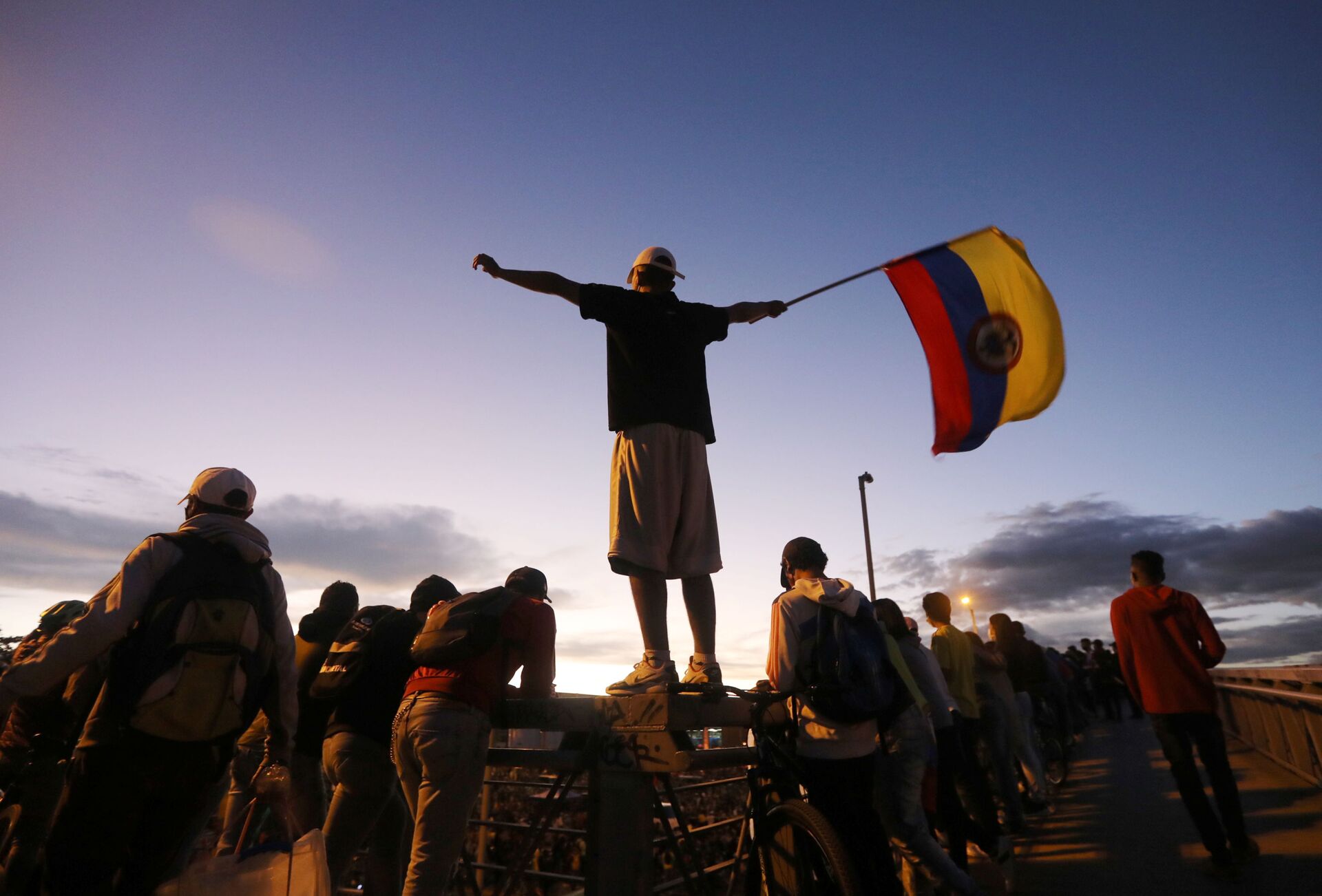 Protest leaders publicly reject all forms of violence and declare them as peaceful marches, but numerous radical activists join the marches, vandalise properties and attack the police.

The Ministry of Defence of Colombia blames armed rebel groups, such as the Revolutionary Armed Forces of Colombia and the Army of National Liberation, for the violence during the demonstrations, claiming they seek to destabilise certain regions of the country for their purposes.