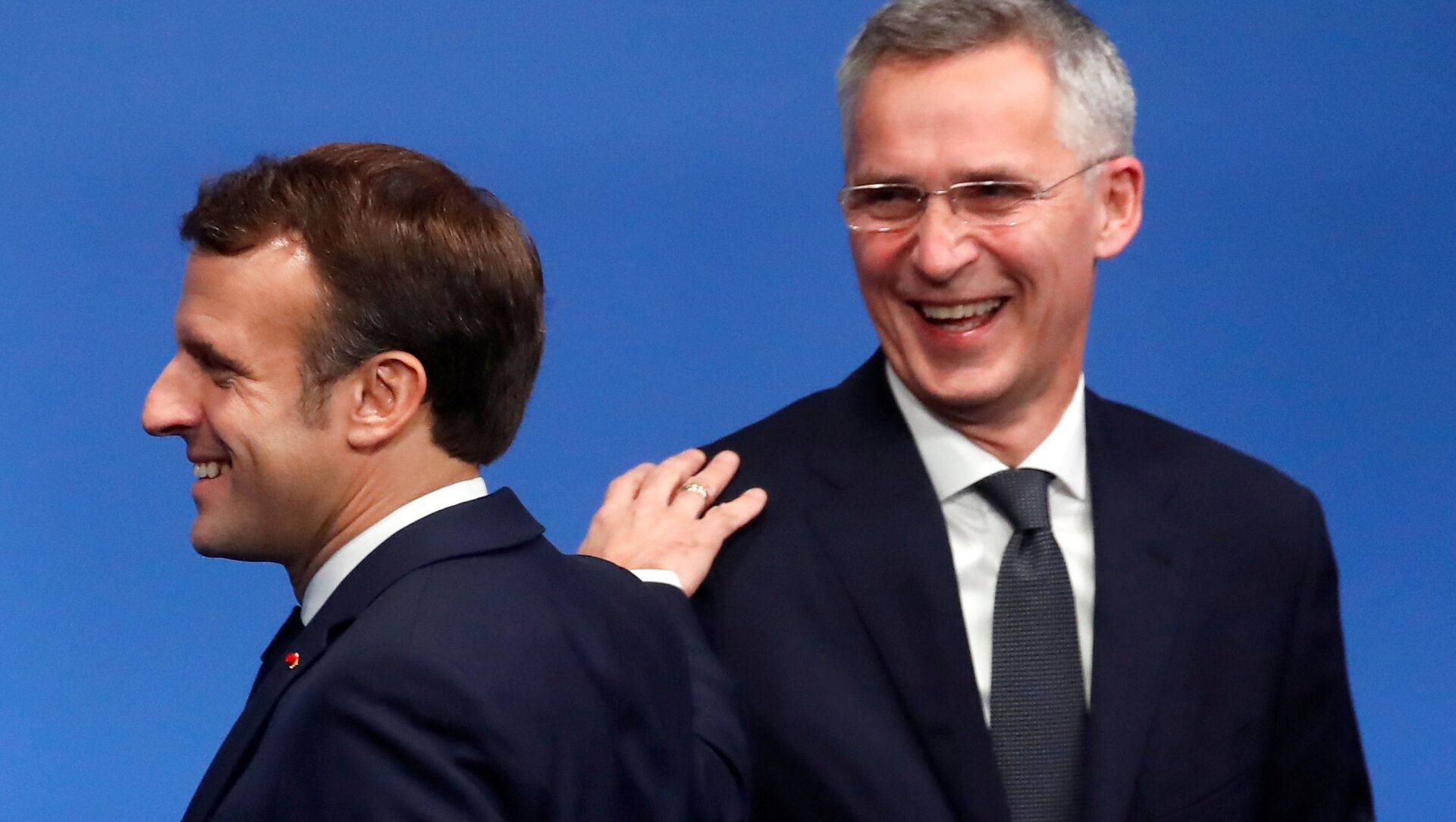 Oleg Burunov
All materialsWrite to the author
In 2019, French President Emmanuel Macron expressed doubt about the effectiveness of Article 5 of the NATO Treaty which stipulates that an attack on one member state is "an attack on all of its members".

France has apparently made it clear that it strongly opposes NATO Secretary-General Jens Stoltenberg's idea that member states should jointly fund more of the alliance's work, Reuters reported on Friday.

The news outlet cited an unnamed French armed forces ministry source as saying that "if the idea is to brutally increase the contribution of countries to common budgets and change the philosophy of NATO, moving from national responsibility to the dilution of responsibility, France"s response will be clearly no".

The source added that for the French government, "it is not an issue of NATO versus Europe but NATO versus the national defence of each member state".

With France already meeting NATO's target to spend 2% of its GDP on the alliance's defence budget, Paris is still open to hearing counter-arguments and details pertaining to Stoltenberg's proposal, according to the insider.

The remarks followed the NATO chief pledging in February that he would call on the member states' defence ministers "to increase NATO's funding" for the alliance's "core deterrence and defence activities".

"All these [military] capabilities are provided by allies, and those allies that provide those capabilities also cover all the costs. My proposal is that NATO should cover some of those costs", Stoltenberg added.

He insisted that "spending more together" would demonstrate "the strength" of member states' commitment to defend each other under the NATO Treaty's Article 5.

"And it would contribute to fairer burden-sharing", the NATO secretary-general underlined amid reports that the proposal envisages injecting about $20 billion into common budgets over 10 years.

Reuters also quoted several unnamed diplomats as saying that the proposal is seen as a response to the EU's long-standing tensions with the US, who has repeatedly accused its European allies of failing to contribute enough to their own defence.

Stoltenberg's idea further reportedly seeks to tackle French President Emmanuel Macron's previous warning about the current inefficiency of NATO, which was formed in 1949 to contain an alleged military threat from then-USSR.

In an interview with The Economist in 2019, Macron asserted that NATO was experiencing "brain death" due to a lack of coordination and America's unpredictability under then-POTUS Donald Trump.

The French president also threw doubt on the effectiveness of Article 5 of the NATO Treaty, which says that an "attack on one member of NATO is an attack on all of its members".

"I don't know, but what will Article Five mean tomorrow?", Macron said.

World
France Warns NATO Members’ Disjointed Behaviour Has Left Bloc in ‘State of Political Confusion’
French Defence Minister Florence Parly was quick to react at the time, arguing that Macron didn't mean the death of NATO but wanted to make it clear that "nobody should ignore the crisis that the alliance has been going through".

In November 2018, Macron insisted that the EU should have a "real European army" independent of the US and NATO to be able to defend itself from alleged threats emanating from Washington, Beijing, and Moscow. After the idea was endorsed by Merkel, Berlin and Paris agreed on creating a joint aircraft and combat system, inviting other European states to join the project.