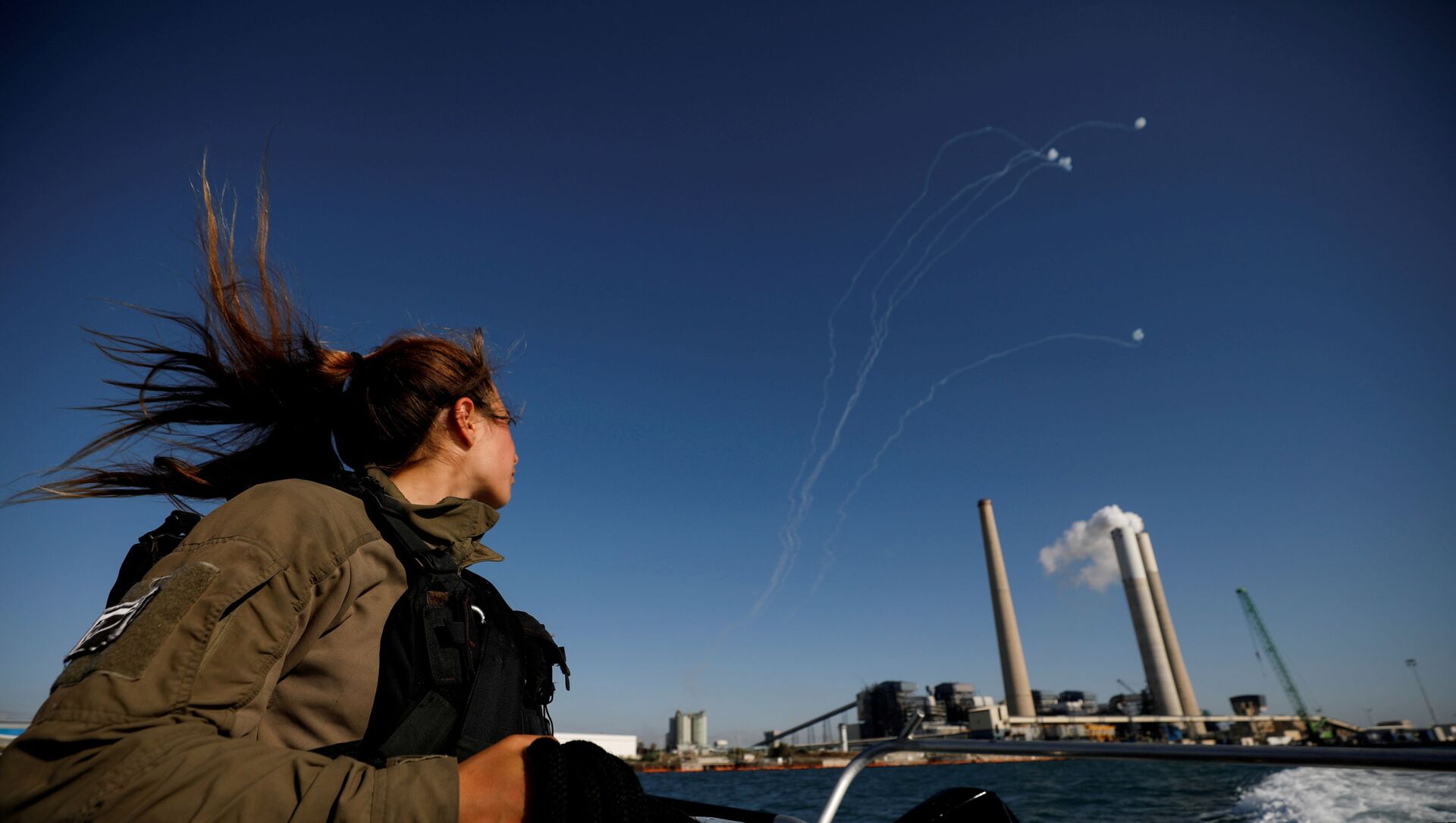 © REUTERS / AMIR COHEN
Subscribe
International
India
Africa
Andrei Dergalin
All materialsWrite to the author
The drone’s takedown at the hands of the IDF's own system may raise doubts about the Israeli military's capability to “conduct a long period of fighting without harming its own forces.”

The recent escalation of the Israeli-Palestinian conflict has witnessed thousands of rockets lobbed in both directions over the border, with Israel's Iron Dome air defence system shooting down the majority of missiles headed for the country. However, the system recently became a little confused, it seems, and shot down an IDF drone, according to Haaretz

The destroyed drone was a Skylark, which is used by Israeli forces for observation and intelligence gathering.

"As part of the round of fighting in Gaza and as part of the defence of the country’s skies, an IDF Skylark drone was hit by Iron Dome. The incident is under investigation," said the IDF Spokesman’s Unit.

Iranian Media Reveals How Some Hamas Rockets Have Been Defeating Israel’s Iron Dome
The IDF is concerned about the incident because it raises doubts about their capability to "conduct a long period of fighting without harming its own forces," as the newspaper put it.

During this month’s hostilities, Israel was reportedly allowed by "foreign aviation authority" to keep its airspace open due to assurances that the Iron Dome can distinguish between hostile and non-threatening aircraft, but the drone’s destruction doesn't exactly back this theory up.