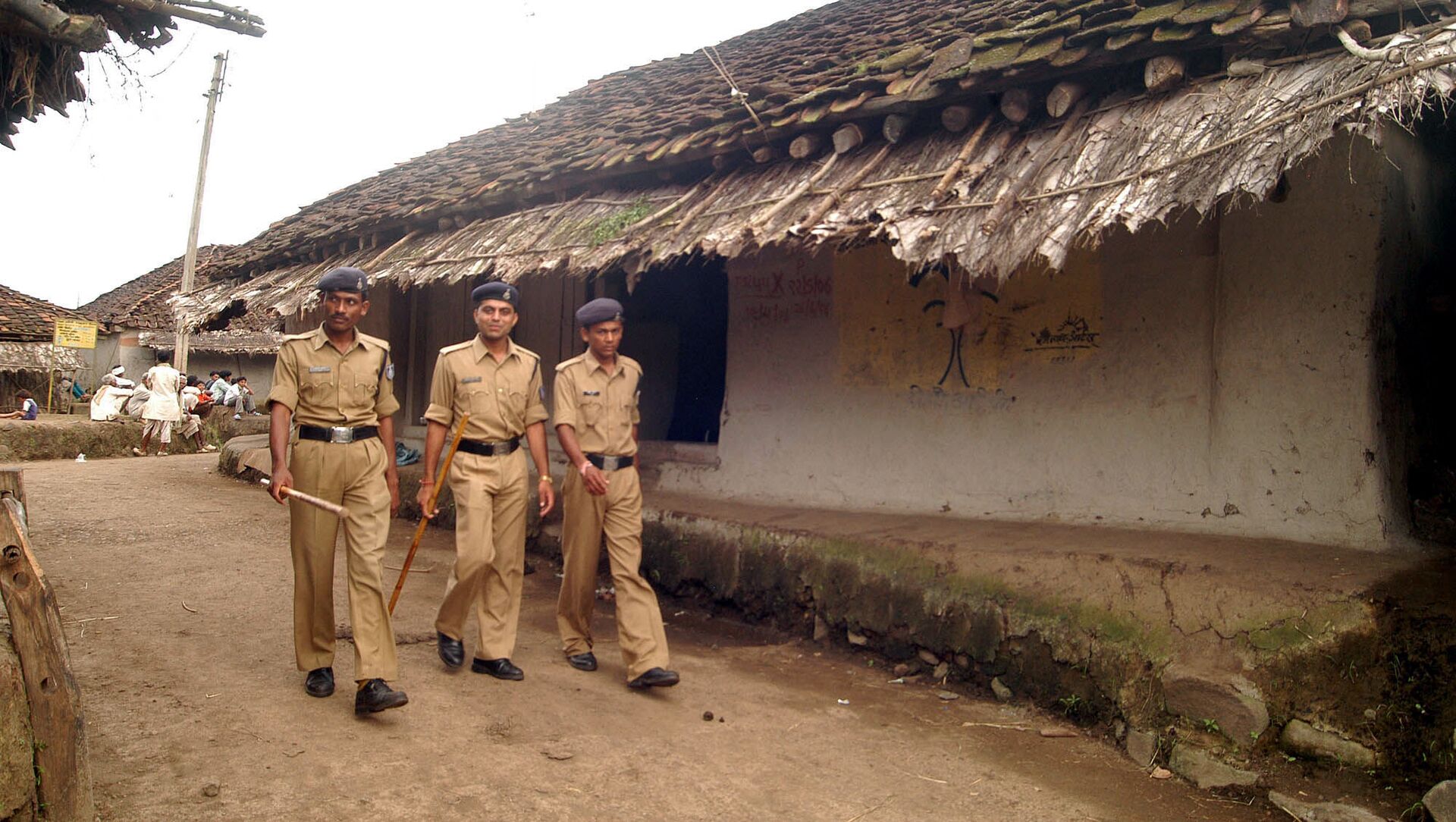 Rahul Trivedi
All materials
India seems to be gripped by the second wave of COVID-19, especially in urban areas, but small villages are still facing the brunt of the burden. It seems that authorities are oblivious to the fact that many cases are going unreported because a lot of healthcare facilities are not operating; people are also hesitant about getting tested.

Indian government claims about ramping up activity at healthcare facilities fall flat, as rural parts of the country seem to have experienced a worst-case scenario facing the second wave of COVID-19. However, the exact data from the villages is still missing due to various reasons, including unavailable testing centres, isolation centres, etc. and above all the hesitancy of the villagers themselves to themselves tested.

Projecting a victory in the fight against COVID-19, the BJP-led government in Uttar Pradesh, one of the worst-affected states of India, has claimed that fewer than 5,000 positive cases were detected among the 300,000 latest tests. However, a closer look suggests that the cases taken into account are only from urban areas. With a total population greater than that of Brazil, Uttar Pradesh’s COVID load is still far from low,, with thousands of cases, particularly those in the rural areas, still going unreported due to many factors.

Gulaothi, a village in the state's Bulandshahr district reportedly lost 94 people in the last month alone. Most of them had symptoms related to COVID-19 but in government records, these were not related to the infections. People are under panic in Ojahavali, a village in Gorakhpur district in the eastern part of the state; there, around 30 people have been killed in the past month. A huge number of villagers are coughing and have fevers but locals say not a single health department official has visited them so far.

India’s cabinet minister Sanjeev Balyan had lost his two brothers due to COVID-19 in the last one week. They were infected with the virus at Kutba village in Muzaffarnagar district.

During the visit to Mewla Gopalgarh, a village in the Indian state Uttar Pradesh, it was found that the government hospital there was closed. A resident of the village, on condition of anonymity, told Sputnik that it is generally closed and even if the doctor comes, she comes for only half an hour or so.

The lack of awareness about the pandemic and laxity against it was evident in the village, as a lot of people were seen without masks and hardly any social distancing was being followed. Talking about the availability of the vaccine, the villagers said that free vaccine is available only in Jewar, the nearest town in their vicinity, and a lot of people are even hesitant to take it because of the side-effects.

Another resident of the village said that a lot of people are spreading misinformation about the COVID-19 vaccine, making people afraid. “The government should run an awareness campaign in order to vaccinate more people and curb the virus spread,” he added.

Lack of Awareness in Uttarakhand Adding to the Woes

In Uttar Pradesh, the health facilities are lacking, but a trip to a village in another Indian state, Uttarakhand, showed the other side of the picture. While talking to some residents, it was learnt that people are not really willing to report that they are suffering from COVID-19 as they feel that they might be separated from the family. If anyone in the village notices symptoms of COVID-19, they isolate themselves rather than taking the test.

“People are afraid of disclosing that they have contracted the virus as they feel that they will be taken to the isolation centres and separated from their families. Due to this only, they are taking medicines on their own and not undergoing the COVID test. They are also hesitating in getting vaccinated as they fear the side-effects of the vaccine,” Sachin Chauhan, a resident of Atmalpur Bongla, a village near Haridwar district of Uttarakhand, told Sputnik.

He added that the rumours regarding deaths after getting vaccinated have increased fears among the people of the village.

The situation was quite different in Kanhiwara, a village in Seoni district in the Indian state of Madhya Pradesh. Kanhiwara relayed that people are refraining from coming outside. There is a fear among the villagers of contracting the virus, however, the villagers are hesitating from getting themselves tested.

Apart from this, Kanhiwara along with the villages in the vicinity – Jurtara, Palari, Hinotiya and Bhaliwada – don’t have an isolation centre. The only isolation centre is in Seoni district, which is around 30 km away from Kanhiwara.

Ramesh Kumar (name changed on request), a resident of Kanhiwara, said that the healthcare facilities are negligible in his vicinity. “People over here consult the doctors at District hospital in Seoni and on their advice go into isolation at their homes. They do not prefer the isolation centres set up by the government in Seoni. A lot of them are not sure about the facilities over there and say that they will be able to take care of themselves in a better way at their homes,” Kumar added.

Talking about vaccination in the village, he said that the vaccines have still not arrived.

Talking about the reasons behind the worsening situation in villages, Manu Gupta, Co-Founder SEEDS (Sustainable Environment and Ecological Development Society), Asia's largest disaster management not-for-profit organisation, told Sputnik: “COVID-19 has largely been an urban phenomenon up until now. In the second wave, it has started reaching rural areas. While rural frontline health workers have been trained to handle basic COVID health care over the last nine months, the sudden increase in the number of infections have exceeded the capacity for testing. Besides, many of the frontline workers themselves have been infected.”

Amid anticipation of a third wave in September and with such a grim situation in rural areas, the fight against the virus seems to be not enough unless the state and loal governments are able to ramp up the health facilities and create awareness among the masses.