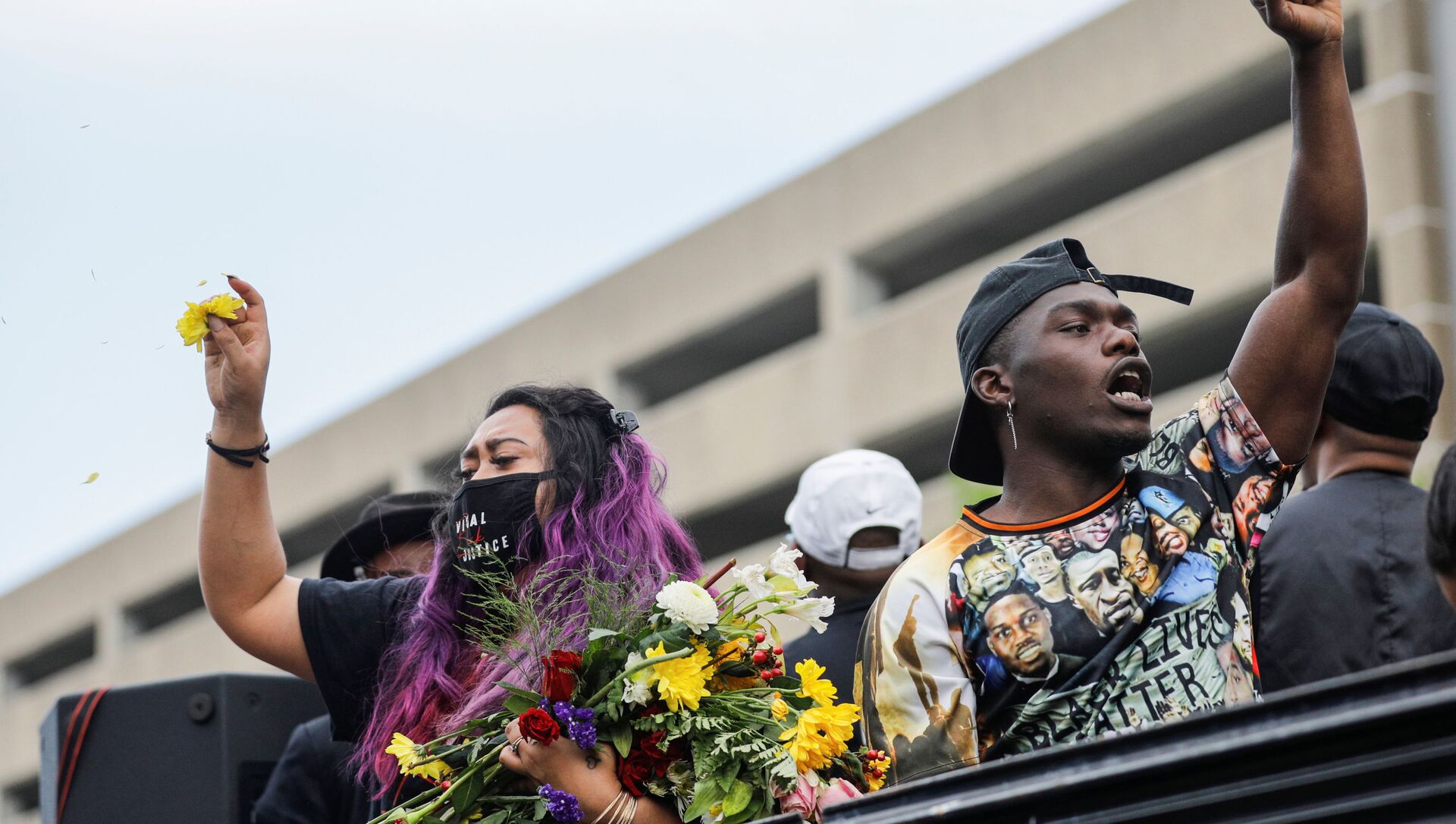 MINNEAPOLIS (Sputnik) - Several hundred Americans marched through downtown Minneapolis paying tribute to George Floyd ahead of the first anniversary of his murder, vowing to carry on the fight against racially motivated police brutality.

The peaceful event on Sunday was the beginning of a three-day-long commemoration, which will culminate on Tuesday, May 25, when the nation will be marking a year since Floyd died in police custody.

"George Floyd should not go down in history as just someone with a knee on his neck. George Floyd should go down in history [as a person] that broke the neck of police racism, police brutality and police illegality. That how we will put George’s name in history," Reverend Al Sharpton, one of the leaders of the Black Lives Matter movement, said at a Sunday rally which preceded the march.

"The reason we are here, the reason we have answered the call... is to say that convicting Chauvin is not enough, we need federal legislation. It was historic to see a white police officer for the first time be convicted for killing a black man... But it will go again and again and again acquittals unless we can get a federal law," Al Sharpton said.

Attorney Ben Crump, who legally represents scores of police brutality victims, urged to continue the fight until "a black baby born to a black mother... has the same exact rights as a white baby born to a white mother, the most educated, articulate, outfluent white mother."

A representative of a local Muslim community asked the BLM movement to raise it voice in support of the Palestinians in their fight against Israeli occupation. "None of us are free until all of us are free," she said and was greeted with applause and cheers. 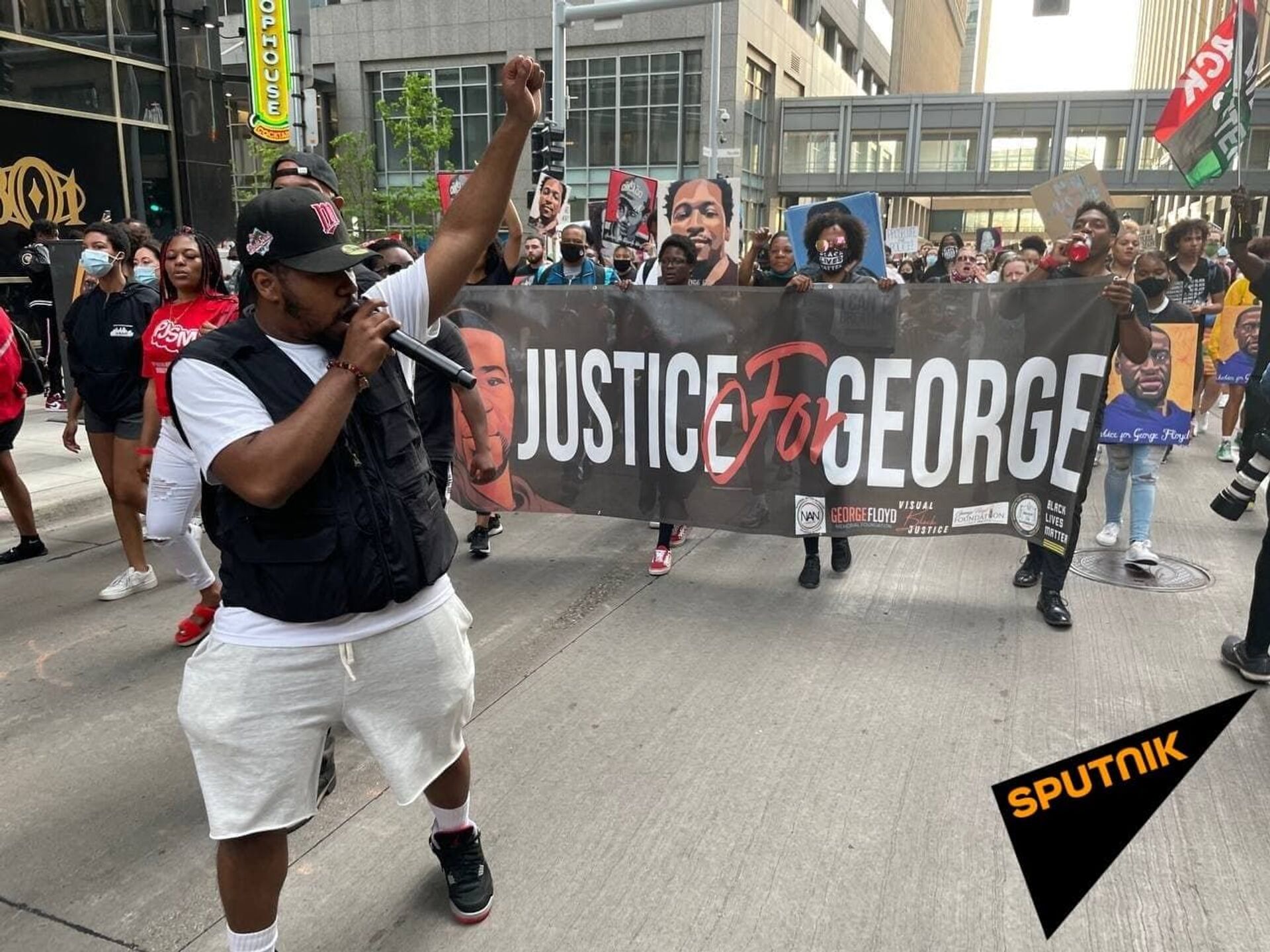 Matt, a young White man, came to the rally in a t-shirt featuring a portrait of Raoul Wallenberg, a diplomat from Sweden, who saved tens of thousands of Jews in Nazi-allied Hungary during World War II and vanished in Soviet captivity. He believes that Wallenberg’s story, though unfamiliar to most protesters, fits into the BLM ethos and that Wallenberg may serve as a role model. 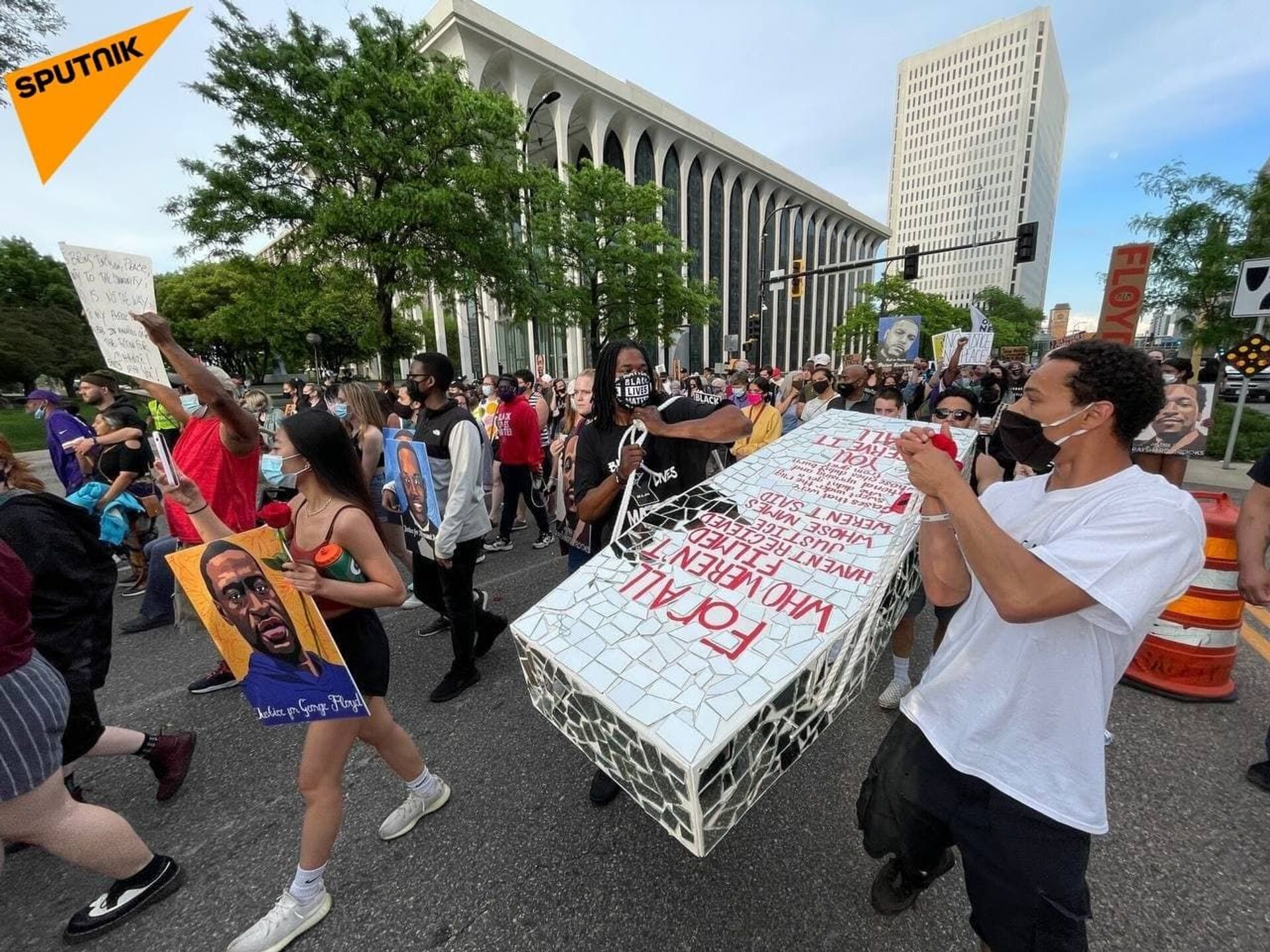 "He risked his life for these people because he believed it was the right thing to do. I think he is not famous enough, I think more people should hear about that story. There should be more people who stand up and do the right thing when it is difficult, when other people’s lives are at risk," Matt told Sputnik. 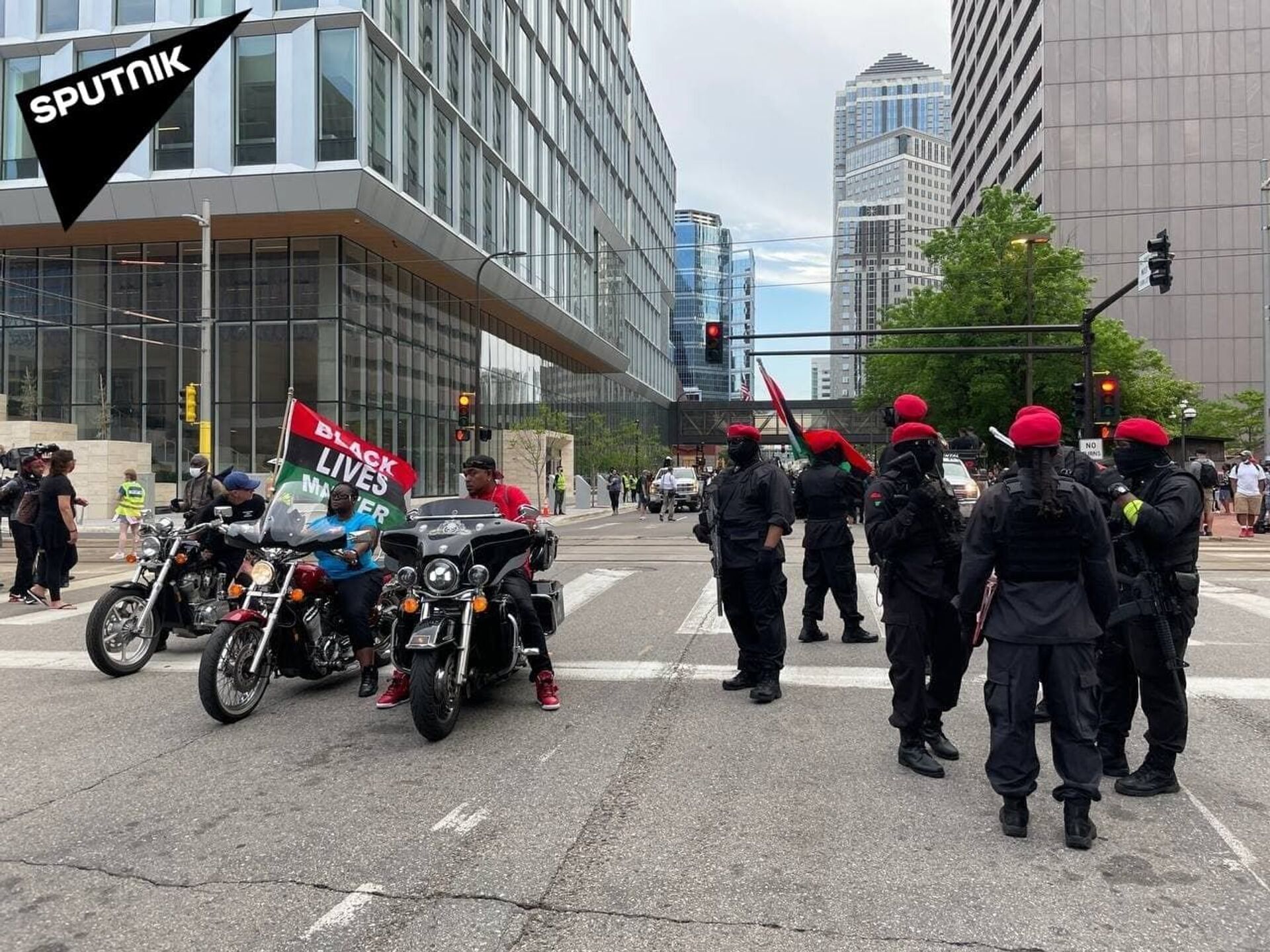 From the court building the procession moved along the streets of Minneapolis chanting BLM slogans, singing and dancing, carrying portraits of African Americans killed by the police and a symbolic coffin dedicated to all "who weren’t filmed, haven’t received justice, whose names weren’t said."

The march was guarded by bikers and a group of armed black men in uniform-style attire who introduced themselves as "the New Black Panther Nation."

"The reason why we are here we provide security for every individual, every civilian that you see out here today to make sure they are safe. And also due to the mass shootings that have been taking place, that’s why we are armed," one of them told Sputnik.

When asked whether they are supervising the march instead of the police, who were not seen on the ground, or backing them up, he replied, "We are the police of our community."

There were no violent incidents during the Sunday rally or the march.

Minneapolis plans more commemorative events for Monday and Tuesday ranging from discussion panels to live music performances. The anniversary of Floyd’s death is being marked across the United States with President Joe Biden expected to meet with the African American’s family in Washington, DC on Tuesday.