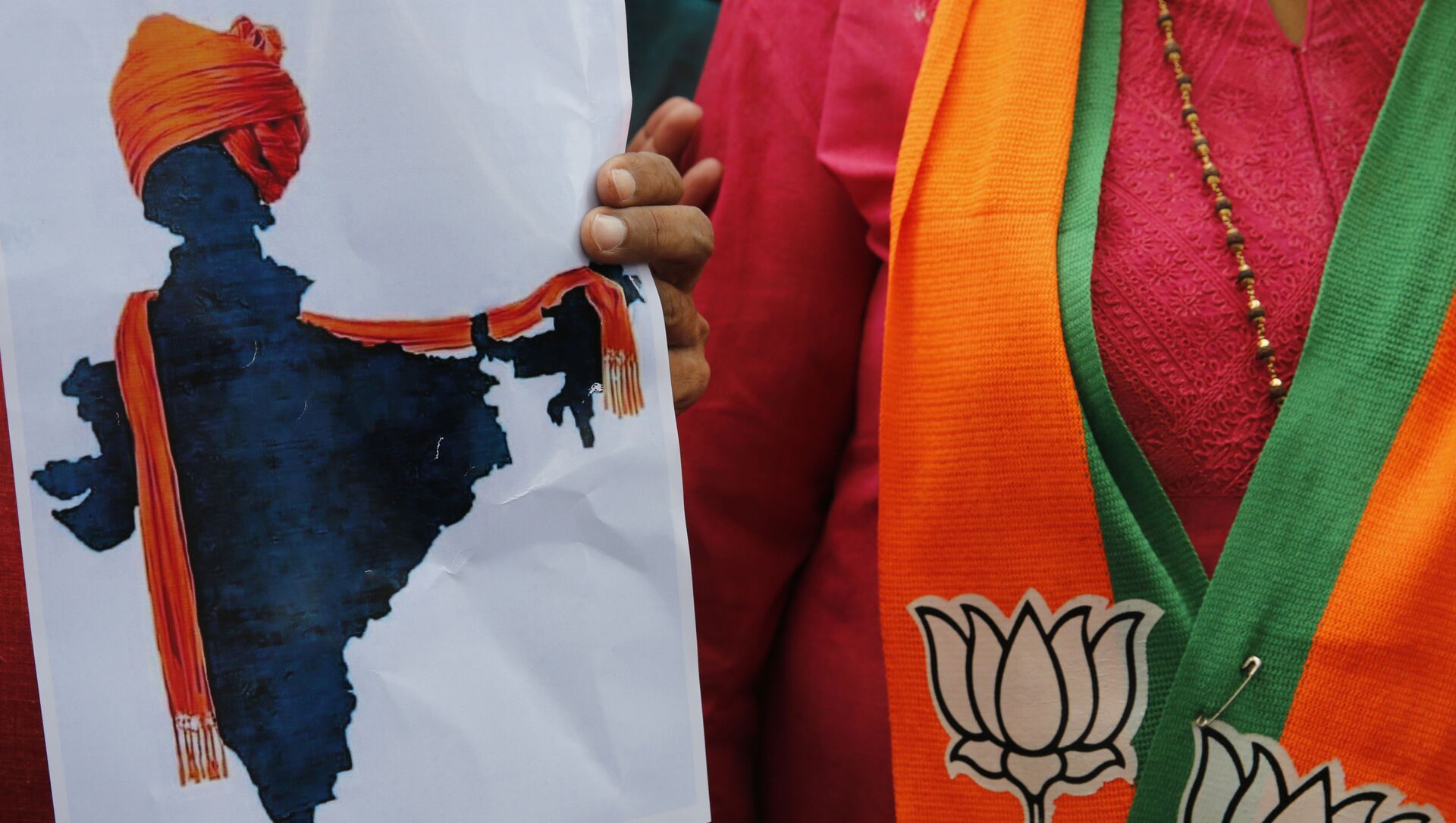 Pawan Atri
All materials
Over the past two months, India's health infrastructure has been badly exposed. As the second wave of Coronavirus hit the country, healthcare facilities struggled to cope with the rising demand for hospital beds, medical oxygen and drugs; the ruling party was slammed for its handling of the COVID-19 pandemic.

India's Chhattisgarh state police on Sunday summoned top Bharatiya Janata Party leader Sambit Patra over the "Congress toolkit" issue, officials said. According to the BJP, the "toolkit" is a document manufactured by the Congress to destroy the image of Prime Minister Narendra Modi and his government.

The notice to Patra mentions that he allegedly tried to spread fake news by sharing the "toolkit" on Twitter and other social media networks.

According to the police, the action against Patra, the national spokesperson of India's ruling BJP Party, came after a complaint was filed by Akash Sharma, the student wing chief of Congress in Chhattisgarh and Head of Congress research wing, Rajeev Gowda, who is a co-complainant in the case.

"We have asked Patra to be present here in person or via video conference. Not complying with the notice would attract legal action," a senior official told Sputnik. He further stated that a similar notice has been served to Patra's senior colleague Raman Singh, who has been asked to be present in his residence on Monday from his statement.

Earlier this week, Patra in a post had claimed that the screenshots of the document tagged in his post were Congress’s ‘Toolkit’ on Covid-19 to help foreign media come up with anti-India stories and maligning the image of Prime Minister Narendra Modi and his federal government over COVID management.

On Thursday, Twitter flagged a ‘manipulated media’ warning on a tweet post by Patra after Congress lodged a formal complaint with Twitter. The Congress party in its complaint called the tweet by Patra and subsequent tweets by BJP president JP Nadda, Union Minister Smriti Irani and BJP leader BL Santosh as fabricated and an attempt to spread misinformation.

​Congress has claimed that the BJP forged the letterhead of the All India Congress Committee (AICC) Research Department and printed the alleged toolkit on the same document. It demanded action against Patra, Irani, Nadda and several other leaders of the BJP, under relevant sections of the Indian Penal Code (IPC) and the Information Technology (IT) Act.

Meanwhile, Ministry of Electronics and Information Technology (MeitY) has written to the micro-blogging site objecting to the tag. In a letter, the ministry said the move by Twitter appears "prejudged", "prejudiced", and "arbitrary".