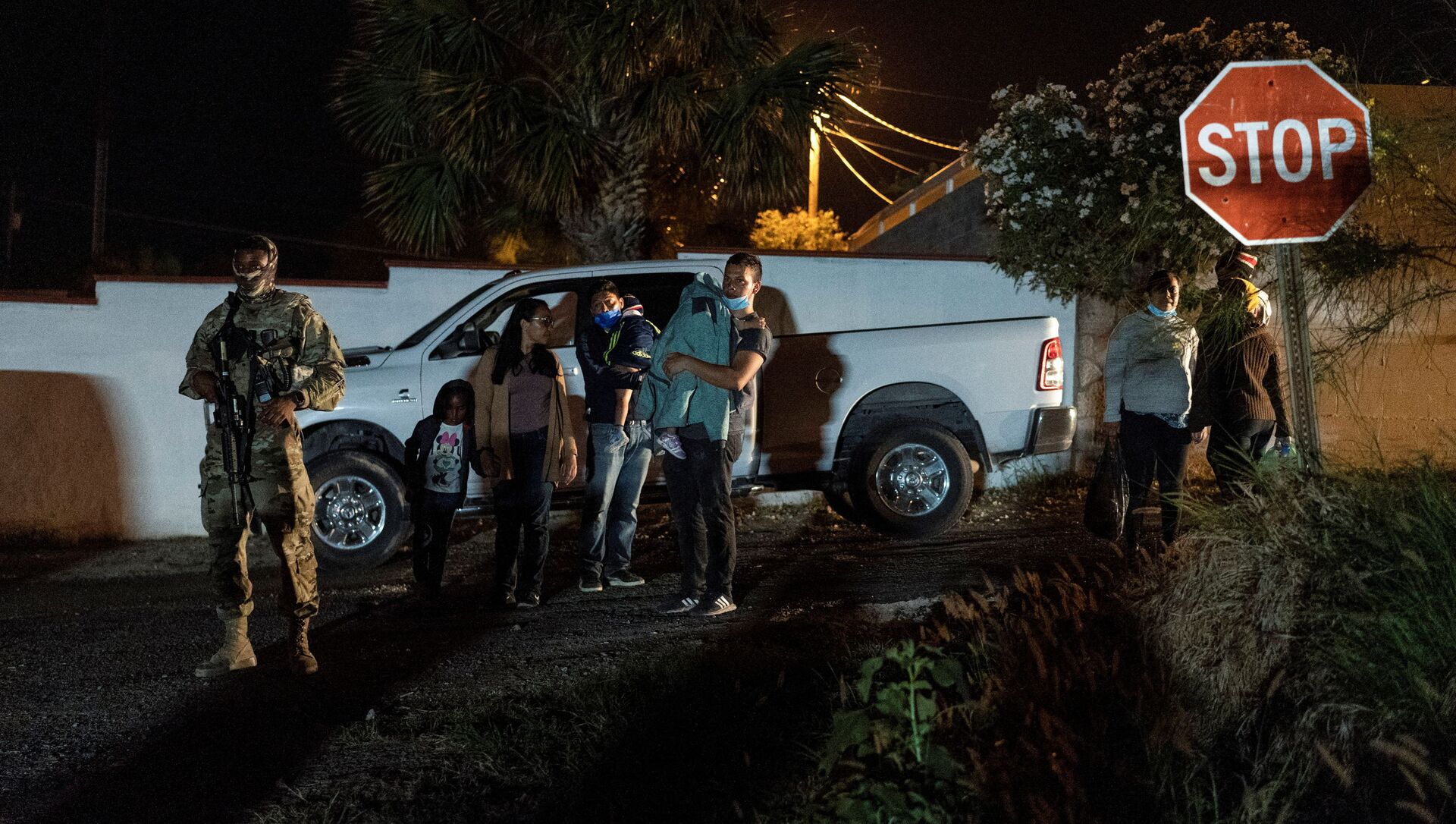 © REUTERS / GO NAKAMURA
Subscribe
Arty Katkov
All materialsWrite to the author
The Biden administration has been insisting that the cause of the migrant surge is a crisis in Central America that people are fleeing.

Since Joe Biden took office, over 60,000 migrants have been released in the United States without court dates and been given a notice to report to Immigration and Customs Enforcement office.

According to data first reported by the Washington Examiner, between October and the end of December there were only 47 migrants released, while in January the number surged to 1,317. In February, the number rose to 8,797 and then jumped even higher, to 26,282 in March and 26,233 in April.

US Border Patrol Detains Gang Members as They Tried ‘to Exploit Influx of Migrants’ to Enter America
US government data showed that southern border apprehensions soared by more than 70 percent in March, when there were 172,331 migrant encounters recorded, becoming the highest monthly total in more than two decades. In April, there were 178,000 migrants encountered.

Biden's predecessor, Donald Trump, declared a national emergency to secure funds to build a wall on the border with Mexico, after massive caravans of migrants from Central American countries seeking asylum began to move toward the US through Mexico in the fall of 2018.

Mexico later agreed to tighten controls on its northern border following a steady rise in punitive import tariffs. According to US Customs and Border Protection (CBP), in the final three months of 2019 arrests of illegal border crossers from three Central American nations slowed to about 10,000 per month, compared with previous monthly rates exceeding 100,000.

Since taking office, Biden has reversed several Trump-era immigration policies, such as the “Remain in Mexico” policy, which required migrants from Central American countries to wait for asylum hearings outside the US. He also stopped the construction of the border wall and suspended the so-called “Asylum Cooperative Agreements” with Guatemala, Honduras, and El Salvador.