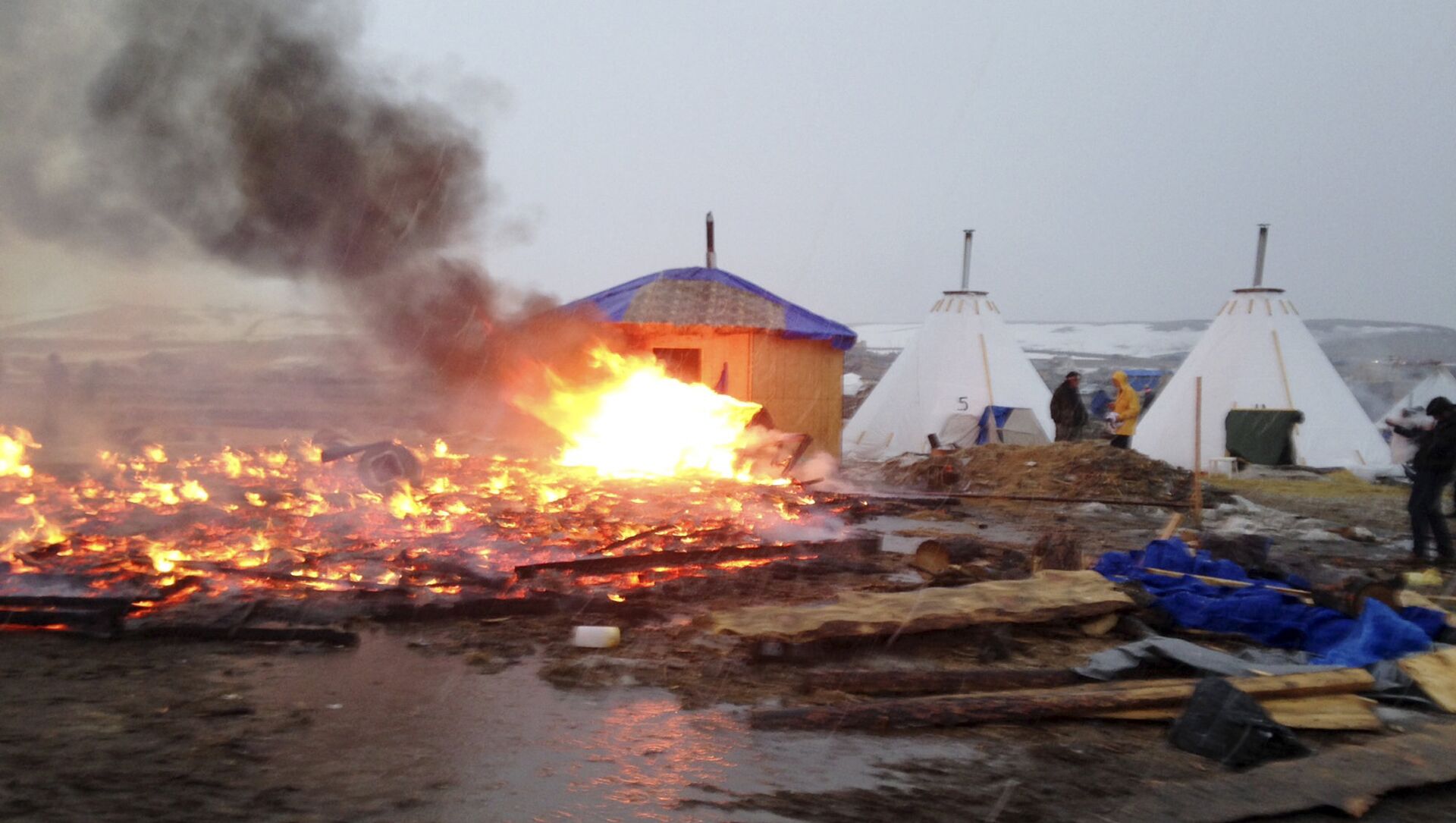 WASHINGTON (Sputnik) - A US federal judge on Friday ruled to keep the $3.7 billion Dakota Access pipeline operating regardless of concerns from Native American tribes involved in the legal battle to shut it down, a court filing revealed.

The court filing said the Army Corps of Engineers is expected to complete a new environmental impact statement for the pipeline by March 2022.

"As the Tribes have not carried their burden to demonstrate a likelihood of irreparable injury absent an injunction, the Court must deny them the relief they seek," US District Judge James Boasberg wrote in the ruling. "It does not reach that conclusion lightly. Fully aware of the unshakable indignities visited upon the Tribes across generations, the Court, as it has throughout this litigation, scrutinizes the record with care."

Earlier this month, the Army Corps of Engineers revealed through court documents that the Biden administration continued to support leaving the Dakota Access pipeline open even though a new environmental review is pending.

In April, Boasberg during a court hearing delayed a decision about whether to allow the Dakota Access pipeline to continue operating in order to give the project's developer Energy Transfer LP additional time to update information about the potential economic consequences associated with shutting down the pipeline. The Army Corps of Engineers during the court hearing said they did not plan to shut down operations regardless of the pending litigation.

The tribes have been in a three-year legal battle with the Trump administration and the pipeline’s parent company, Energy Transfer Partners, to prevent the Dakota Access Pipeline from passing through their sacred land, which they also say threatens vital water resources.

Former President Donald Trump expedited the approval of the Dakota Access pipeline project as soon as he came into office in January 2017. Between 2016 to 2017, protesters participated in mass demonstrations against the pipeline, which resulted in law enforcement using force against protesters in order to allow the construction of the pipeline to be completed.

The Dakota Access Pipeline is used to move some 570,000 barrels of oil per day from Stanley, North Dakota through South Dakota, Iowa and Illinois to a tank farm in Patoka, Illinois.