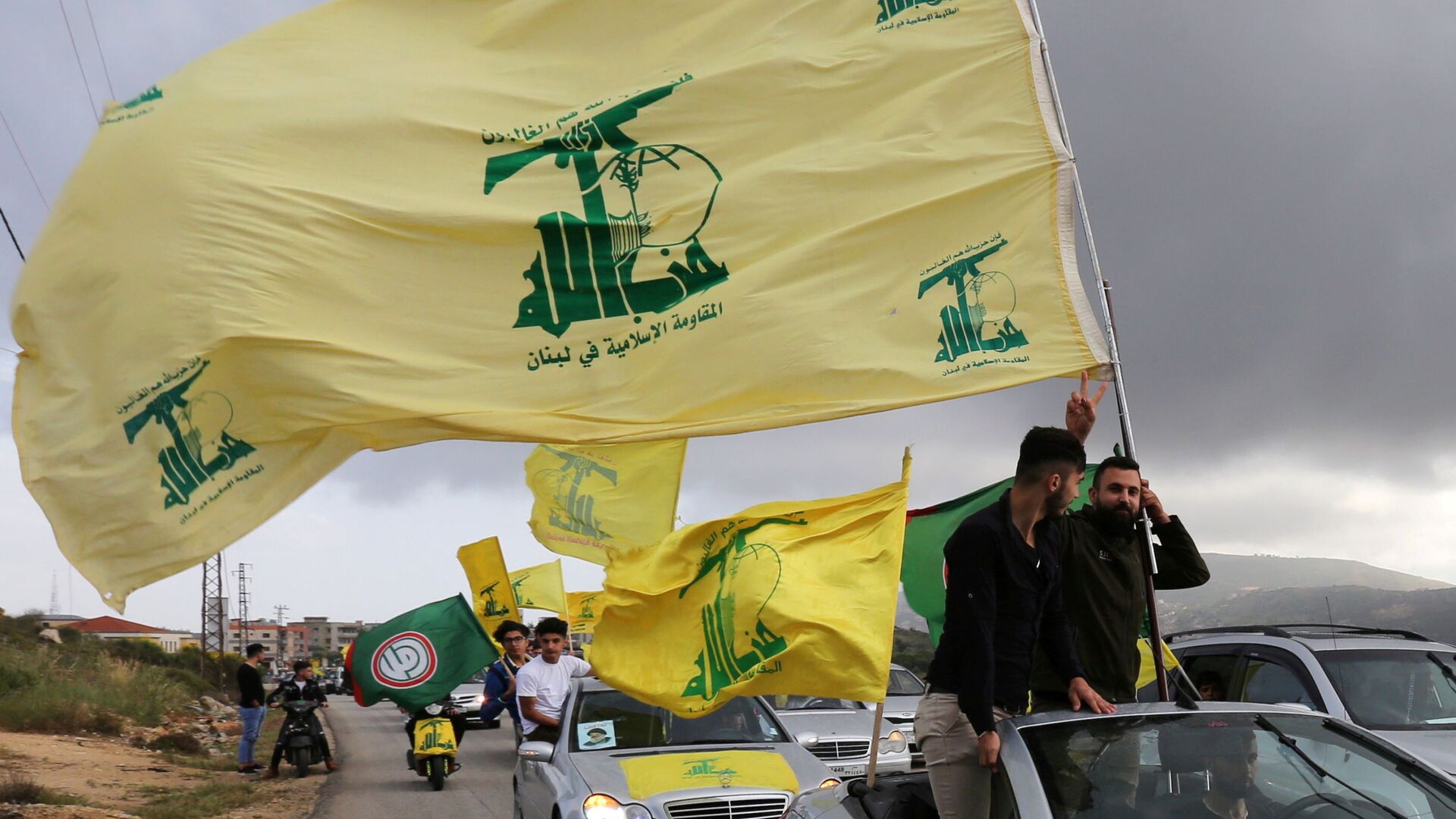 Elizabeth Blade
All materials
The Shiite militia has a long list of problems to worry about, an Israeli expert thinks. These range from the group's depleted financial means to the ongoing turmoil in Lebanon. And this means that a full-scale confrontation with Israel is out of question for now.

Israel's north has been largely quiet in the past several weeks, despite tensions flaring up in Jerusalem and the ongoing hostilities between the Jewish state and Hamas that erupted last Monday.

Quiet Has Been Disrupted

But Wednesday evening changed that equation when four rockets were launched from the south of Lebanon, setting off red alerts in Israel's northern towns and cities.

Two rockets reportedly fell in the sea. Another landed in an open area. The fourth one was intercepted by the Iron Dome missile defence system.

So far, no group has taken responsibility for the action, but Israel pointed the finger of blame at Hezbollah, saying it held the Shiite militia responsible for all attacks emanating from Lebanese soil.

Dr Eyal Zisser, the vice rector of Tel Aviv University and one of the leading Israeli experts on Iran and Hezbollah, says he wouldn't rush to pin the blame on the Shiite militia.

"Hezbollah knows not to provoke Israel and they are careful not to attack us directly. So they might have given a greenlight to one of the Palestinian groups or even the al-Qaeda* branch operating in south Lebanon to carry out the assault".

‘Determined to Continue’: Netanyahu Brushes Off Biden’s ‘De-escalation’ Call in Gaza Strip
Hezbollah has a long history of confrontation with Israel and two full-fledged wars under its belt. The most recent one that took place in 2006 dealt a severe blow to Lebanon. Nearly 1,200 people lost their lives in the hostilities, 4,400 were wounded, while hundreds of thousands were displaced.

The direct war damage stood at $2.8 billion, while the direct cost to the government was estimated at $1.75 billion.

Hezbollah found it hard to recover from the blow dealt to it by the IDF, but years down the line, it has emerged as one of the strongest and most sophisticated militias in the region.

According to estimates, Hezbollah's personnel stands at 45,000 people. Their arsenal of weapons includes rockets, mortars, and missiles able to reach remote areas of Israel.

Full-Scale Confrontation Not an Option

Israeli authorities have been aware of the military boost Hezbollah was getting. They were also aware of the threat emanating from the north, especially given the fact that the group's chief, Hassan Nasrallah, never minced his words when it came to attacks on Israel. But Zisser is certain that the Shiite militia has "zero interests" in confronting the Jewish state. Nor is it ready for another full-scale war.

Hezbollah Leader Claims Tel Aviv, Washington Have Not Dropped Plans to Build Greater Israel
The recent years have been challenging for Hezbollah: high-ranking officials have been repeatedly sanctioned, and so have companies and banks that allegedly had ties to the Shiite group.

Iran, which is said to have provided assistance to Hezbollah, has reportedly cut its funding to the Shiite militia by 40 percent due to a dramatic drop in oil prices, whereas its international standing has been dealt a blow after several states recognised the entire group, including its political branch, as a terror organisation.

Lebanon has been going through hardships too. First, the country was shaken by socio-economic protests, with some pinning the blame on Hezbollah for the turmoil. Then there was the coronavirus pandemic and the perceived failure of the government to tackle it that led to more frustration. And, finally, there was the deadly Beirut explosion that exacerbated the situation even more, prompting unrest and further instability.

"Of course, Hezbollah will continue to talk about resistance. But they have plenty of their own problems. And because they are preoccupied with them, they are most likely to do nothing", said Zisser.

Yet, if things do spiral out of control and the Shiite militia ends up attacking Israel, the expert is certain that Tel Aviv will be able to withstand that assault even if it means opening another front to the one the Jewish state currently has with militants in the Gaza Strip that have been bombarding the country's southern and central towns and cities since last Monday.

"Israel has a strong army. It is stronger than Hamas and Hezbollah combined. We don't want to have a confrontation with them but if we are pushed to the wall, we might simply not have a choice".