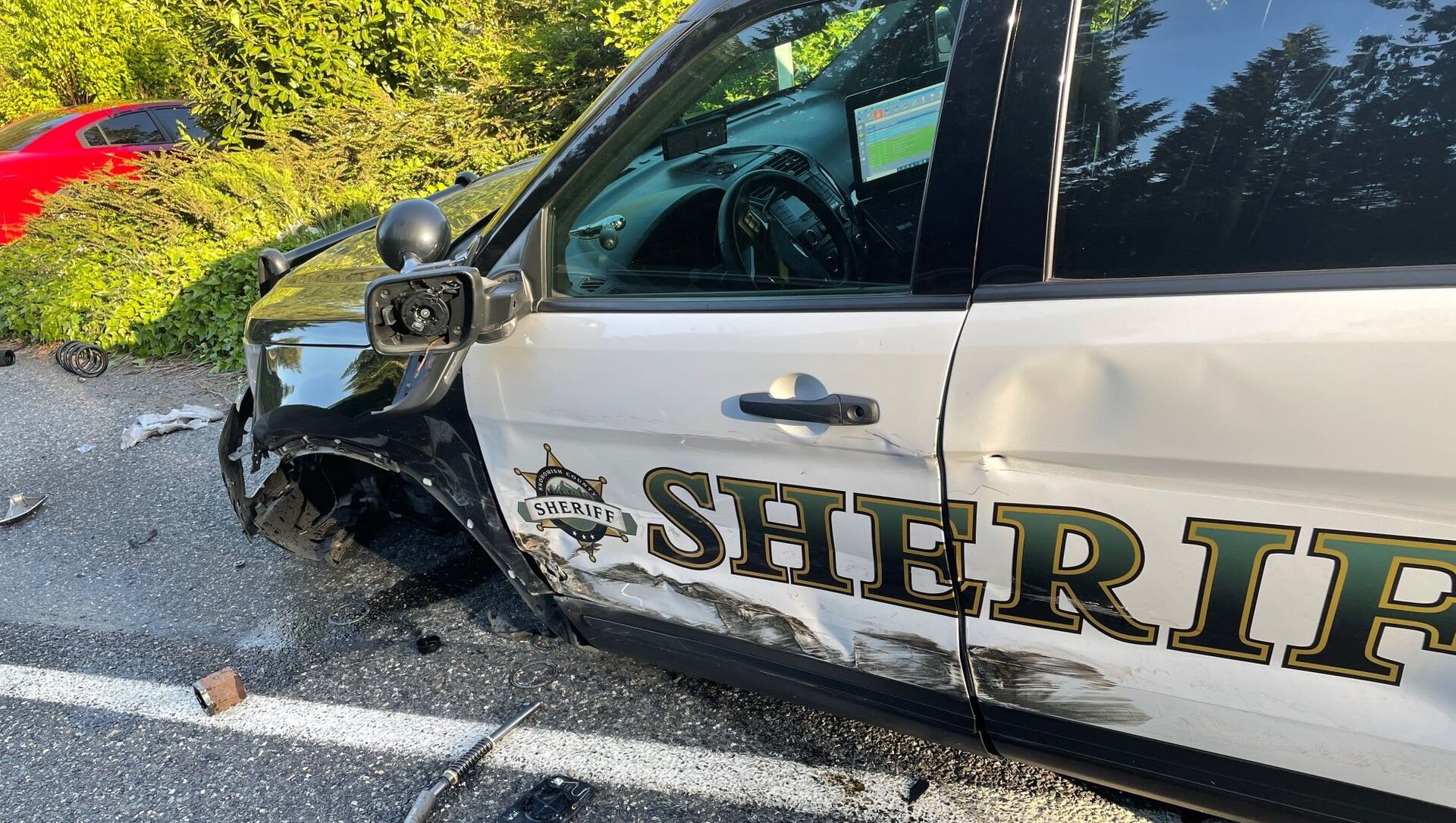 Evan Craighead
All materialsWrite to the author
Last year, the US' National Transportation Safety Board (NTSB) determined the 2018 fatal crash of a Tesla Model X was related to both Tesla's 'Autopilot' system and the driver's inattention. As the electric vehicle company continues to grow, scrutiny about its driver-assistance system has followed.

The Snohomish County Sheriff’s Office announced on Monday that a Tesla vehicle operating in 'Autopilot' mode caused "significant damage" after it struck a deputy's vehicle on the shoulder of a road in Arlington, Washington.

Authorities detailed that the Saturday incident occurred as a deputy was responding to a separate incident in which a vehicle sliced a utility pole in half.

"The deputy parked on the shoulder on the road, with his emergency lights flashing, and exited his vehicle to speak with the Fire units on scene," the sheriff's office said via Facebook. "Approximately 30 seconds later, a Tesla in “autopilot” mode, struck the deputy's vehicle causing significant damage."

Two photos were published by the sheriff's office, showing the state of the Ford Explorer patrol car after the tire on the driver's side was presumably removed. 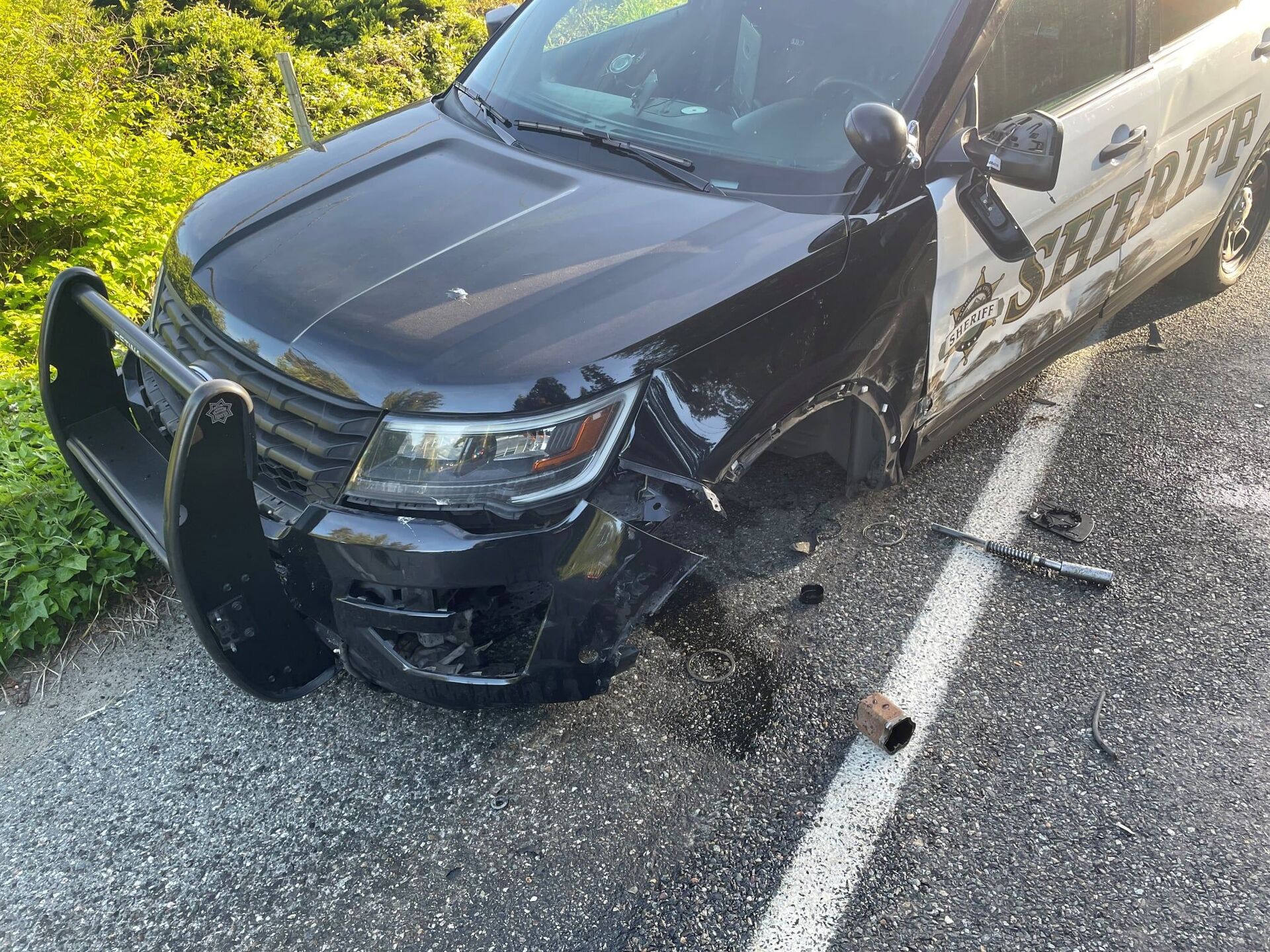 "On Saturday, a deputy responded to a collision in the 25200 block of 103rd Ave NE where a vehicle sheared a power pole in half. The deputy parked on the shoulder on the road, with his emergency lights flashing, and exited his vehicle to speak with the Fire units on scene. Approximately 30 seconds later, a Tesla in “autopilot” mode, struck the deputy's vehicle causing significant damage. Thankfully, there were no injuries from this collision. This is a great reminder that vehicles may have autopilot to assist, but it cannot be relied upon to get you safely from one destination to the next."
© Snohomish County Sheriff's Office

Washington State Patrol announced in a Monday news release that the driver was ticketed for the collision. The state law enforcement agency also highlighted that it was conducting an investigation on the matter.

Aside from this incident, the National Highway Traffic Safety Administration (NHTSA) is investigating over two dozen accidents with Tesla vehicles involved. According to the Associated Press, at least three people have died from accidents tied to Tesla's Autopilot feature.

The NTSB is generally tasked with investigating the causes of accidents, while the NHTSA's primary objective relates to safety regulations for cars and light trucks.

"Because NHTSA has put in place no requirements, manufacturers can operate and test vehicles virtually anywhere, even if the location exceeds the AV [autonomous vehicle] control system’s limitations," NTSB Chairman Robert Sumwalt wrote in a February issuance to the US Department of Transportation.

"Although Tesla includes a disclaimer that 'currently enabled features require active driver supervision and do not make the vehicle autonomous,' NHTSA's hands-off approach to oversight of AV testing poses a potential risk to motorists and other road users."