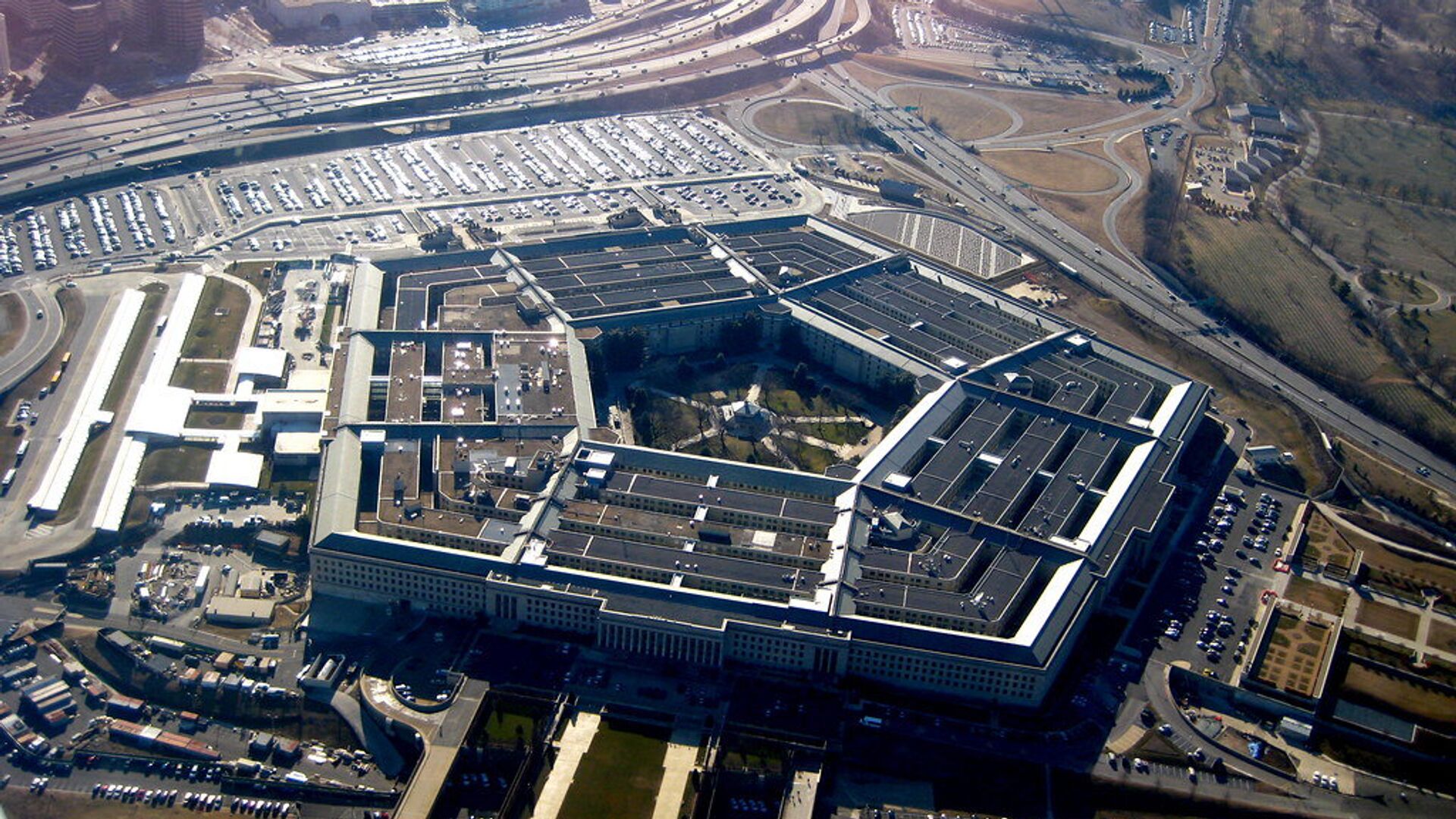 CC BY-SA 2.0 / Rudi Riet / The Pentagon
Subscribe
International
India
Africa
Ekaterina Blinova
All materialsWrite to the author
The Department of Defence is surveilling US citizens without a warrant, according to a 13 May letter written by Democratic Senator Ron Wyden and obtained by Vice Motherboard, a news website. Earlier, in April, a declassified FISA Court review indicated that the FBI is also spying on Americans without a court order.

In his letter, Senator Wyden cites last year's media reports which revealed that the American government agencies "are buying location data obtained from apps on Americans' phones and are doing so without any kind of legal process, such as a court order".

"I have spent the last year investigating the shady, unregulated data brokers that are selling this data and the government agencies that are buying it," the senator wrote in the letter, addressed to Secretary of Defense Lloyd J. Austin III. "My investigation confirmed the warrantless purchase of Americans' location data by the Internal Revenue Service, Customs and Border Protection, the Drug Enforcement Administration, and the Defence Intelligence Agency."

In November 2020, Motherboard found that US Special Operations Command (SOCOM) had bought access to a Locate X tool that uses location data harvested from ordinary apps installed on peoples' phones.

Claims regarding the death of warrantless domestic surveillance were greatly exaggerated: https://t.co/KK3E4v3H74

​The tool allows users to search by a specific area and pinpoint mobile devices which were there at a particular point in time. Furthermore, Locate X makes it possible to see where else these devices have travelled, going back months, according to US tech site Protocol.

In March 2021, it turned out that a division of the Iowa Air National Guard unit tasked with conducting drone strikes had acquired the same tool.

Yet another source of location data instrumentalised by the US military, is a company called X-Mode, which harvests this information directly from innocuous-seeming apps, such as a Muslim prayer app with over 98 million downloads, or a Muslim dating app, or a common "level" app, used to help install shelves in an apartment, Motherboard unveiled last year.

For its part, The New York Times released a declassified DIA memo in January 2021, indicating that the agency's analysts had searched for the movements of US citizens within a commercial database in five probes over the past two and a half years.

The Fourth Amendment of the US Constitution guarantees that Americans would not be surveilled without a court decision. In addition to this, the Supreme Court specifically held in 2018 that the Constitution requires the government to get a warrant to compel phone companies to provide location data about their customers. This ruling is also known as "the Carpenter decision". 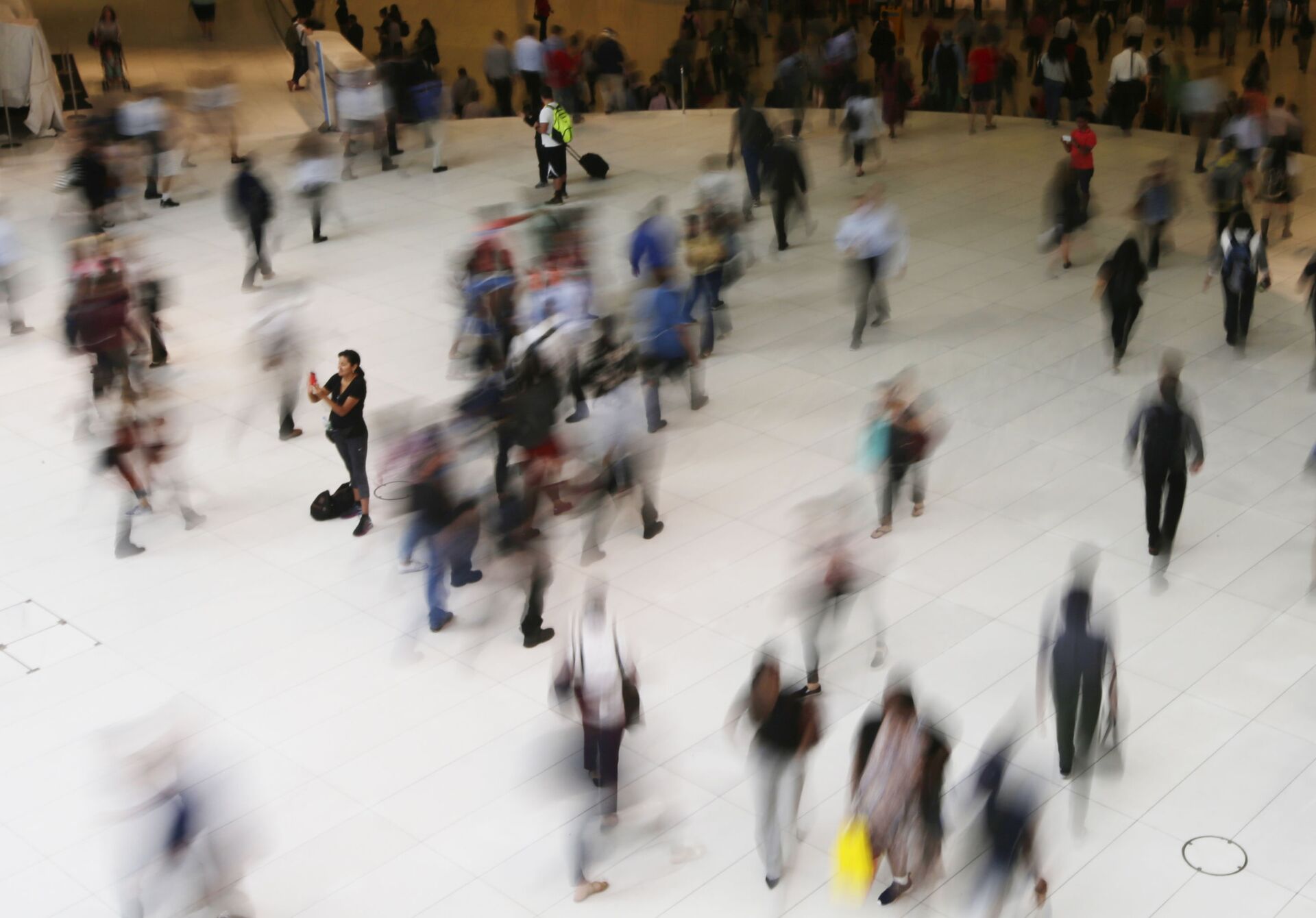 In this June 15, 2017, photo, people walk inside the Oculus, the new transit station at the World Trade Center in New York. Data collection practices of tech firms are increasingly under the microscope
© AP Photo / Frank Franklin II

'The Fourth Amendment Is Not For Sale'

To get to the bottom of the Pentagon's data harvesting, Wyden sent a set of eight questions to the Under Secretary of Defence for Intelligence and Security in February 2021, asking the DoD to shed light on the warrantless surveillance of Americans.

This prompted the Democratic senator to wonder which other components of the US Department of Defence "have adopted this or a similar interpretation of the law". Still, the Pentagon's answer to this question did not make matters clearer: the DoD stated that each component is itself responsible for ensuring they follow the law. 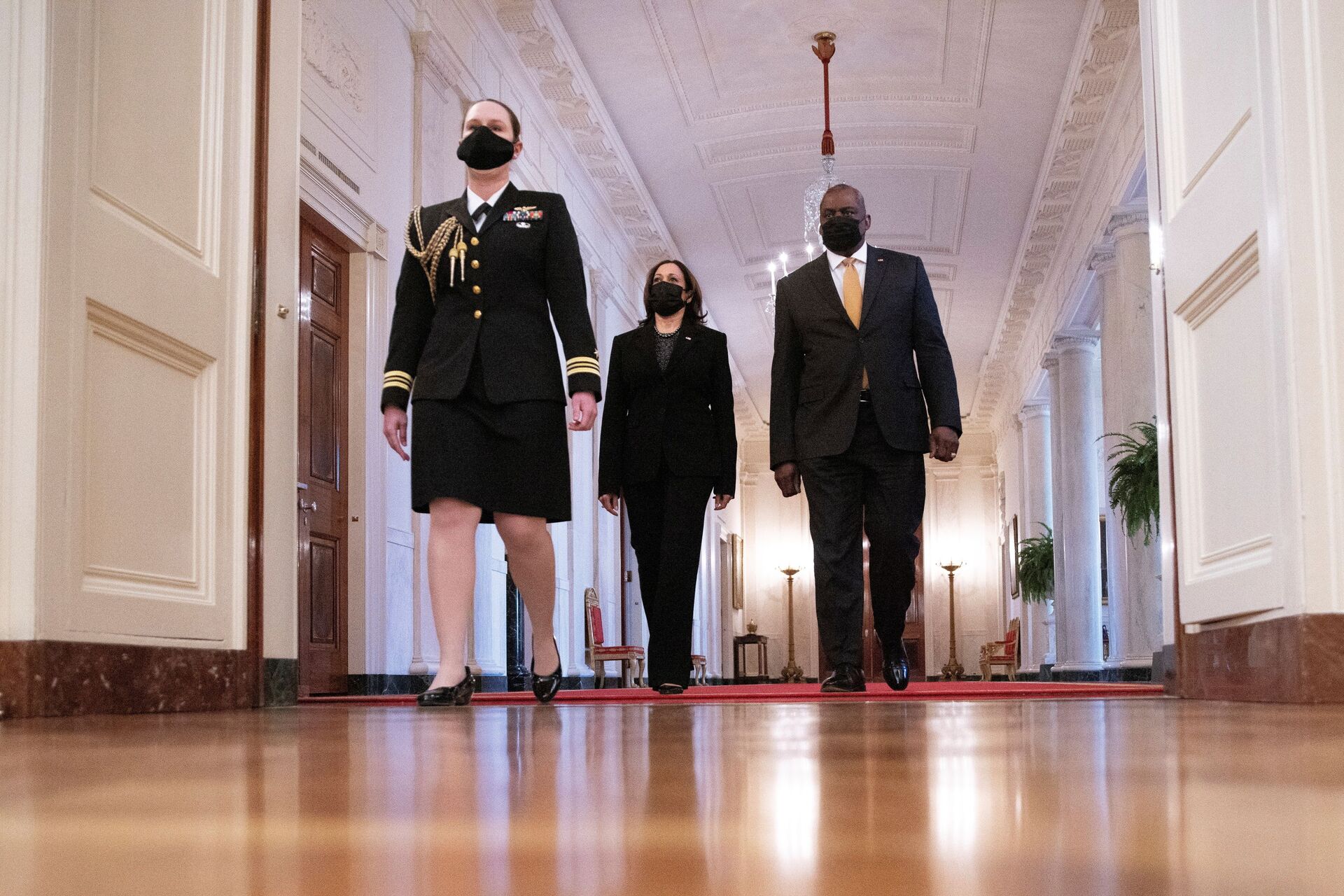 It took nearly two months for the US military to answer the senator's questionnaire. However, four of the answers were designated "controlled unclassified information" and one was provided in classified form.

While the Wyden office declined to provide Motherboard with details concerning the classified answer, a senator aide specified that the question was related to the Pentagon buying internet metadata.

The question read: "Are any DoD components buying and using without a court order internet metadata, including 'netflow' and Domain Name System (DNS) records, about:

·         domestic internet communications (where the sender and recipient are both US IP addresses);

·         Internet communications where one side of the communication is a US IP address and the other side is located abroad."

Commenting on the DoD decision to conceal the answer to this question from the general public, the senator cast doubt on the department's rationale to classify it in his letter to Lloyd J. Austin.

"The American people have a right to know the answers to these questions," Wyden's letter reads. "Accordingly, I request that you clear this information for release to the public by 15 June 2021."

Meanwhile, the US Congress is considering legislation, called "The Fourth Amendment Is Not For Sale Act," which is aimed at closing loopholes used by "shady" data brokers and their government customers. Sponsors of the bill include Sen. Rand Paul, R-Ky., Majority Leader Chuck Schumer, D-N.Y. Sen. Mike Lee, R-Utah, Sen. Steve Daines, R-Mont., and others.

Earlier, a FISA compliance review, written by FISA Court Presiding Judge James Boasberg in November 2020 and declassified on 26 April 2021 indicated that the FBI routinely uses NSA bases for warrantless searches of Americans. On 3 May, CNN revealed that the Biden administration is considering using private firms to surveil suspected domestic terrorists online, explaining that private entities would not need a warrant to spy on Americans.