'Civil War Has Erupted': Netanyahu Declares State of Emergency in City of Lod Amid Violent Riots 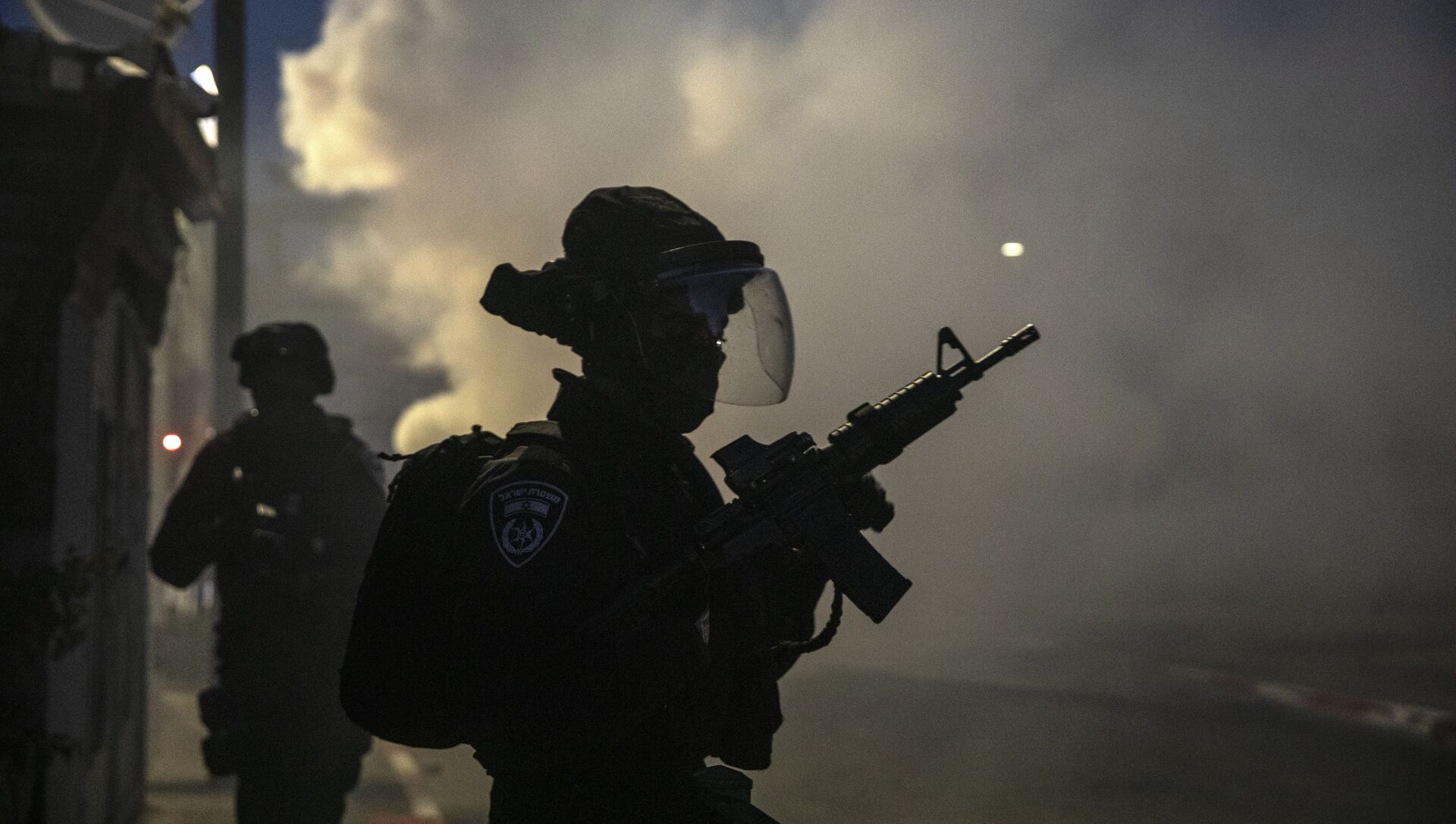 Kirill Kurevlev
Correspondent
All materialsWrite to the author
The use of emergency powers by Israel, caused by the ethnic violence over a new surge in Israel-Palestinian tensions, is the first time such measures have been used on the country's Arab community since the military administration over Israel's Arabs ended in 1966.

Israeli Prime Minister Benjamin Netanyahu has declared a state of emergency in Lod, a mixed Arab-Jewish city that has recently seen widespread and violent rioting.

The prime minister's office announced the decision after a special meeting of the nation's top security and legal officials. Amir Ohana, the police minister, has confirmed that he will use his authority to carry out the orders.

"During the discussion, Prime Minister Netanyahu agreed with the declaration of a special state of emergency in Lod, and Public Security Minister [Amir] Ohana announced that he will immediately begin to exercise his powers in this matter", the office said in a statement.

​According to the statement, Netanyahu called on law enforcement officials to ensure the restoration of public order and strengthen ground forces as soon as possible.

Earlier, Netanyahu and Gantz ordered Border Police battalions from the Judea and Samaria region to be "immediately" transferred to the area.

Local media and eyewitnesses reported that the country's police conducted an emergency evacuation of the city's Jewish residents amid violent unrest and clashes between Arabs and Israelis. According to videos shared on social media, shootings have since erupted in the city.

Situation getting out of hand in Lod. An Arab citizen shoots at Israeli police with an automatic weapon. #Israel pic.twitter.com/nxPfcAh14V

According to local media, a total of 12 people suffered injuries during Tuesday's clashes on the city's streets. The condition of two of the individuals remains serious. The police reportedly said that its forces deployed in the city had killed 13 Arab protesters.

This news comes after Lod Mayor Yair Revivo asked Netanyahu to declare a state of emergency in the central Israeli city as local authorities have "lost control" over the situation. He also called for the military to be stationed in the area, underscoring that the current developments are "too big for police".

"This is Kristallnacht in Lod", Revivo is quoted in a Tuesday Times of Israel report, apparently referencing the Nazi pogrom against German Jews in 1938.

#BREAKING 🇮🇱 Israel seems to have lost control of Lod. Some residents are being evacuated to the safety by the municipality. pic.twitter.com/W70XPbg8wS

"I have called on the prime minister to declare a state of emergency in Lod. To call in the IDF. To impose a curfew. To restore quiet… There is a failure of governance…", he added. "This is a giant incident — an Intifada of Arab Israelis. All the work we have done here for years [on coexistence] has gone down the drain".

The city's mayor reportedly feared that the street violence could end 70 years of peaceful coexistence. Revivo said that people are taking to the streets with weapons because they are afraid for their lives. He allegedly tried to calm the city's Arabs, saying "We haven't done anything to you", and begging them to remain calm.

The mayor of the troubled city called the situation a "civil war".

"All of Israel should know, this is a complete loss of control… This is unthinkable. Synagogues are being burned. Hundreds of cars set alight. Hundreds of Arab thugs are roaming the streets… Civil war has erupted in Lod… The Orthodox-nationalist community here has guns. I'm imploring them to go back home but they understandably want to protect their homes. Petrol bombs are being thrown into [Jewish] homes. The situation is incendiary".

Revivo emphasised that in his opinion "there has been nothing like this in the history of Israel".

"Every minute, a car or a synagogue or a school is going up in flames… Our new city hall was broken into and set alight. You don't understand what's happening here. This is worse than the missiles from Gaza", he explained.

Riots resumed in Israel on Tuesday in the Sheikh Jarrah area of East Jerusalem, where several Arab families received eviction orders from the Israeli authorities, who used special means to disperse the crowd, the Israeli police acknowledged.

On the Temple Mount, Israeli security forces actively used rubber bullets against Palestinians who came to the Al-Aqsa Mosque to pray. Throughout the country, unrest has broken out in cities with significant Arab communities, with the worst unrest taking place in Lod.

On Monday evening, the Gaza border saw the biggest escalation in recent years. During this time, militants in the Gaza Strip launched over 600 rockets at Israel, of which 200 were intercepted by the Israeli Iron Dome missile defence system. Israel has also carried out multiple attacks on the Gaza Strip in retaliation.