The Black Stone: Photos of Revered Islamic Relic Released for the First Time 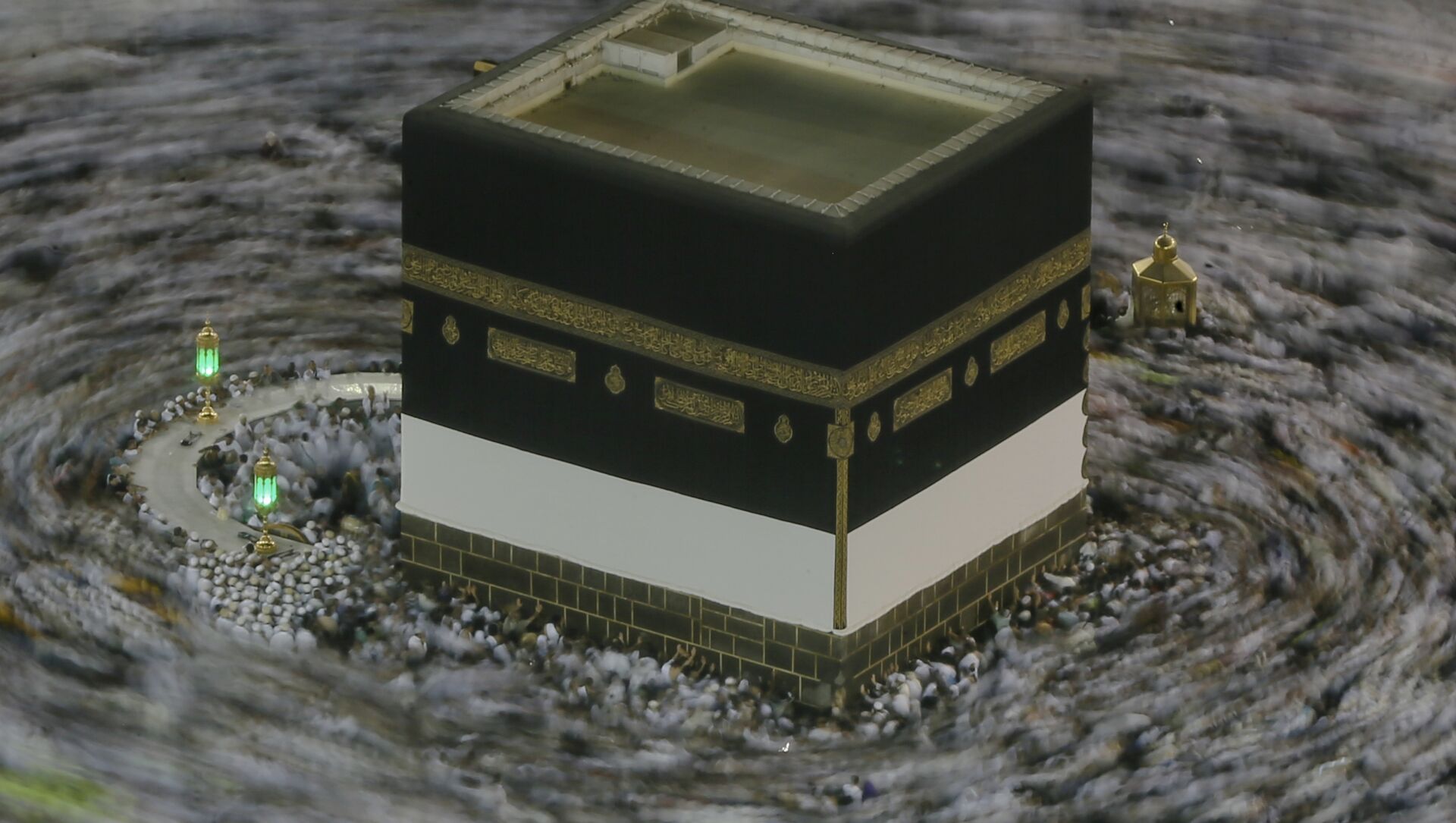 Andrei Dergalin
All materialsWrite to the author
The photos arrive as the daily attendance at the Grand Mosque in Mecca during this year’s Hajj was limited amid the ongoing coronavirus pandemic, with only those vaccinated reportedly being allowed to perform prayers at the Kaaba.

The General Presidency for the Affairs of the Saudi Grand Mosque and the Prophet’s Mosque has recently released pictures of the Islamic relic known as the Black Stone.

Set in the corner of the Kaaba, the ancient building located within the Grand Mosque in Mecca, the Black Stone is usually accessible to Muslim worshippers during the annual pilgrimage known as the Hajj.

This year’s Hajj, however, witnessed daily attendance inside the Grand Mosque being limited to just 50,000 pilgrims amid the restrictions imposed during the ongoing global COVID-19 pandemic, The Times of Israel notes.

Big Break through amazing Pic of Black Stone for the first time.
The General Presidency for the Affairs of the Two Holy Mosques has recently documented the Black Stone at the Holy Kaaba inside Grand Mosque using the technique of stacked panoramic focus.⁦@Falhamid2⁩ pic.twitter.com/TqUaDsotDt

Saudi Arabia released (never seen before)detailed images of the Maqam e Ibrahim, in Mecca’s Grand Mosque.This is the stone that bears the imprint of where the Prophet Ibrahim stood while building Kaaba.
Location: In front of the Kaaba Gate,
10-11 meters east of the Kaaba pic.twitter.com/1uXquy4AGE

With only those vaccinated being allowed to perform prayers at the Kaaba, the General Presidency has released the Black Stone’s photos "as part of a series showing a number of holy artefacts that play a role in the Hajj", the newspaper adds.

The General Presidency has reportedly announced that 1,050 high-resolution photographs of the Black Stone were taken, with some of the images being up to 49,000 megapixels in size.