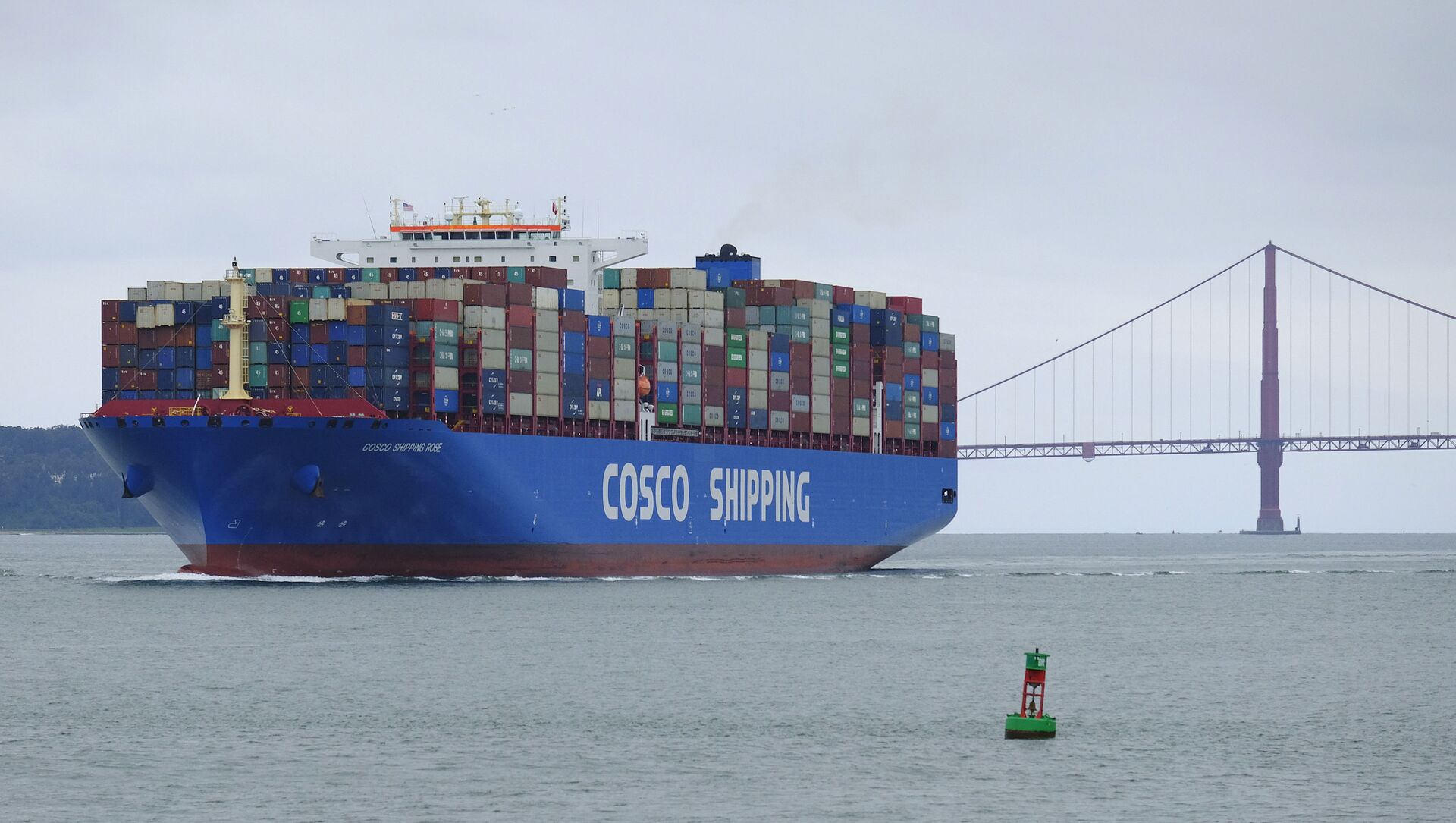 Morgan Artyukhina
All materialsWrite to the author
Just weeks after the US and China penned the first part of a trade deal intended to settle years of tariff wars, the COVID-19 pandemic hit and shut down the global economy, sending trade into a tailspin. The deal was heavily premised on pledges to buy a minimum volume of goods from the other country.

US Trade Representative Katherine Tai said Wednesday she expects to meet with her Chinese counterpart, vice-premier and head of the Communist Party of China’s Central Financial and Economic Affairs Commission, Liu He, “in the near term” to discuss implementation thus far of the January 2020 trade deal.

Tai made the comments during an event hosted by the London-based Financial Times, noting she respected the need for continuity in trade policy. The deal was penned by the prior administration of Donald Trump, from whom Biden has sought to distance himself, despite largely adhering to Trump’s strategic foreign policy orientation.

She added that she is “very much looking forward to formally meeting my Chinese counterparts and assessing their performance and measuring what they have to say, pressing our interests and backing up a path forward.”

While Tai was born and raised in the United States, her parents are from Taiwan and she is fluent in Mandarin.

By the terms of the deal, the two parties are supposed to meet every six months to reevaluate their progress and adherence, but no meeting has taken place since August 2020.

Phase 1 of the trade deal was signed in January 2020 and expires at the end of the year. In it, the two nations pledged to buy certain minimum amounts of products from the other side, spanning a variety of agricultural and manufactured goods. However, in March of that year, the COVID-19 novel coronavirus outbreak had reached the scale of a global pandemic and nations began curbing international trade in a bid to stop the spread of the highly infectious respiratory disease, putting fulfillment of the pact in danger.

In June of last year, the US and China rededicated themselves to the terms of the deal; however, according to data collected by the Peterson Institute for International Economics, a Washington, DC-based think tank, by March 2021 the US was still buying just 75% of the goods it had committed to, and China had bought just 61% of its committed purchases, as compared to 2017 levels before the two nations began trading trade tariffs.

While China’s lockdowns ended in the middle of 2020 and its economy had come roaring back by the end of the year, the pandemic has persisted in the United States, where the deadliest months came in late 2020 and early 2021, and daily new COVID-19 cases have still not declined below 40,000 per day.

Lu Xiang, a senior researcher on China-US relations with the Chinese Academy of Social Sciences, told the South China Morning Post that “bilateral trade has spiked so far this year, but there are still difficulties in fully making up for the shortfall last year. Both sides, especially the US, need to show the utmost sincerity in cooperation. We will be outspoken on problems but also stick to cooperation. The deal is not perfect for either side, and now it is time for the US to propose solutions.”