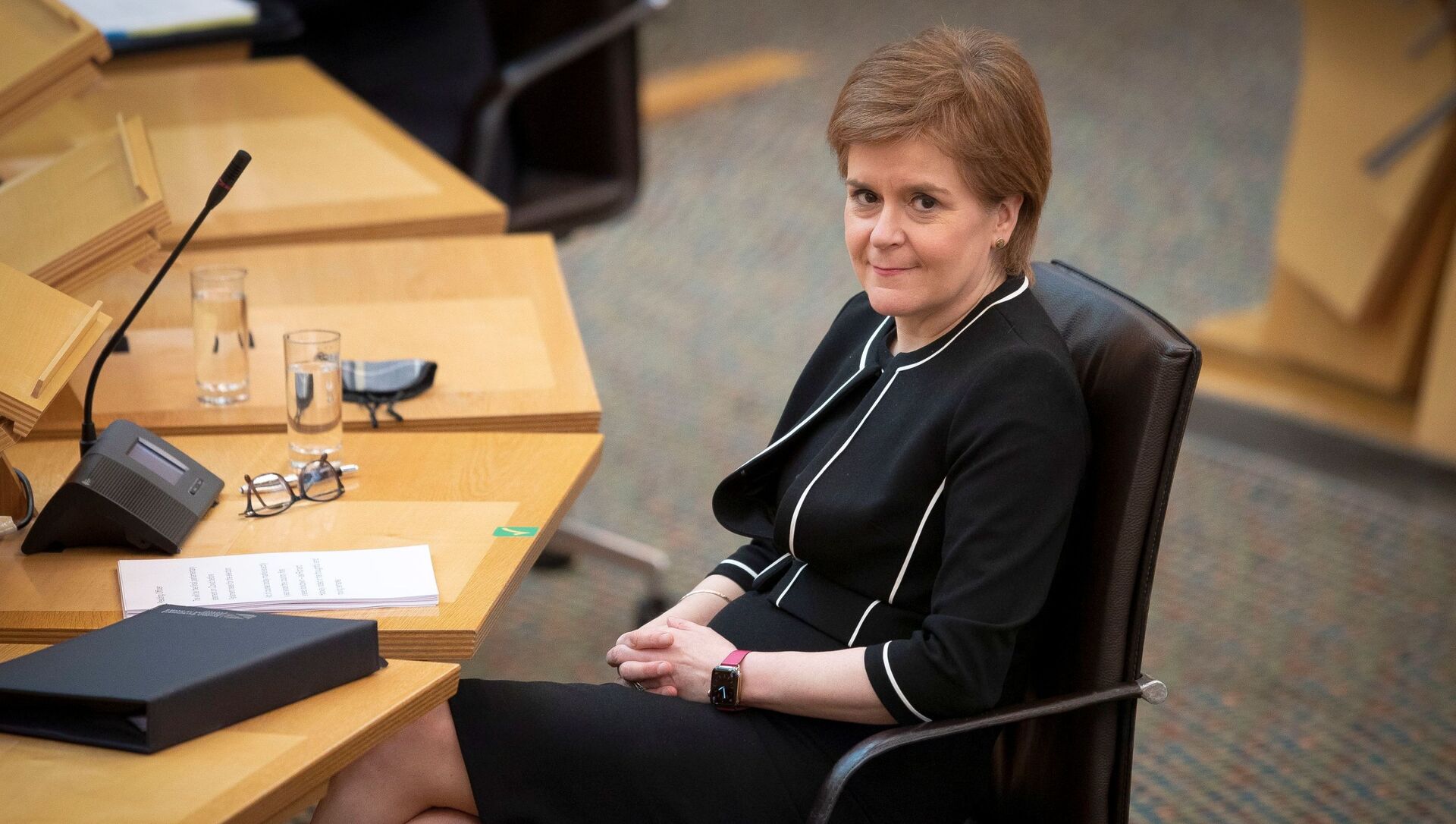 © REUTERS / POOL
Subscribe
International
India
Africa
Henry Batyaev
All materialsWrite to the author
According to the latest poll by Sky News among 1,015 Scottish voters, the region is now evenly divided about Scotland's sovereignty. In 2014, voters opted in favour of staying in the United Kingdom.

Scotland could legally hold an independence referendum without the consent of London and only a legal suit from the Westminster government could stop the vote, Scotland's First Minister Nicola Sturgeon told Sky News in an interview.

"If Boris Johnson didn't do that, by definition it would be a legal referendum. If he did do that, the courts would decide", the politician told political editor Beth Rigby.

Sturgeon's interview with Sky News echoes a similar statement in April, in which she said that the UK government could not "stand in the way" of another plebiscite on Scotland's sovereignty.

Boris Johnson Slams SNP 'Obsession' With Second Scottish Independence Referendum
Scottish citizens are heading to polling stations this Thursday to cast their votes in parliamentary elections that will decide whether Sturgeon will remain the region's head.

According to a YouGov poll, half of all respondents are ready to cast their votes for Sturgeon's Scottish National Party. If the prognosis is true, this will allow her to take a majority of parliamentary seats.

The northernmost part of the UK held a referendum in 2014 on whether the region wishes to gain sovereignty. At least 55 percent of Scots voted against independence. The Brexit referendum, however, showed that the majority of Scottish citizens were in favour of remaining in the European Union.