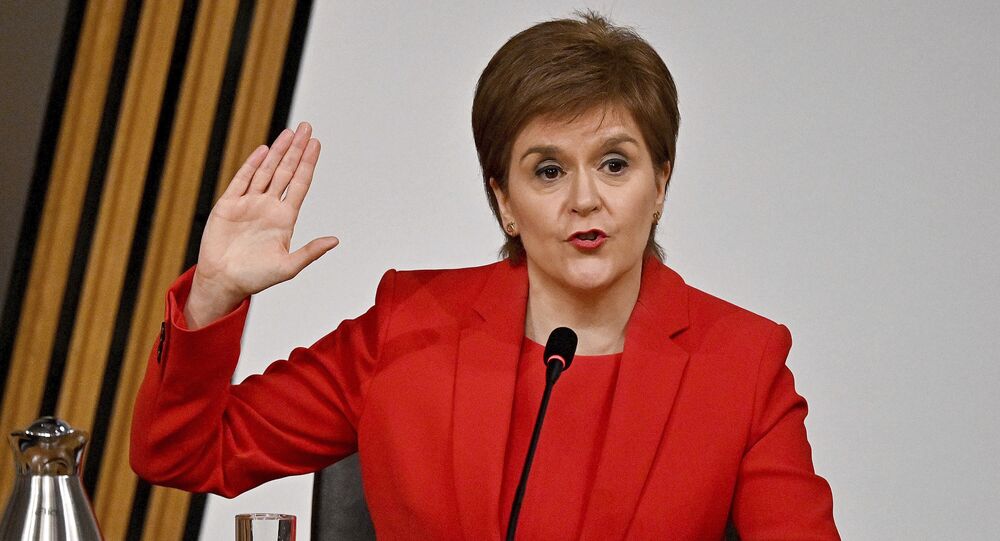 Scottish first minister Nicola Sturgeon has said that the UK government “can’t stand in the way” of another independence referendum in Scotland.

“If people in Scotland vote for a party saying, ‘when the time is right, there should be an independence referendum’, you cannot stand in the way of that – and I don’t think that is what will happen,” Sturgeon said.

She also said she believed that putting a referendum bill through the Scottish parliament would not be necessary: “I’m pretty confident that it won’t be. But you know, people will always challenge that because of what the supposed position of the UK government is.”

The discussion within the UK government had “moved away from ‘we can stop a referendum’ to ‘when would it happen, and on what basis would it happen’,” she said.

© AFP 2021 / ANDY BUCHANAN
SNP Reported to Police for Alleged Fraud Over 'Missing' £600k in Donations
The Scottish Parliament elections, which are usually held every four years, will take place on 6 May.

Last week, Ipsos MORI’s Scottish Political Monitor, run in partnership with STV News, has put SNP on course to the majority and a historic fourth term with 53% of voters planning to vote for the party. The poll also showed Scottish Conservatives getting 20% and Scottish Labour 18%.

The Sunday Times earlier reported that senior Tories believed that it would be hard to sustain the opposition to granting Holyrood the requisite powers to hold a legal referendum, should the SNP win on 6 May, and that Boris Johnson would be better off forcing a vote during the economic upheaval likely to follow the pandemic to underline the risks of Scotland leaving the UK.