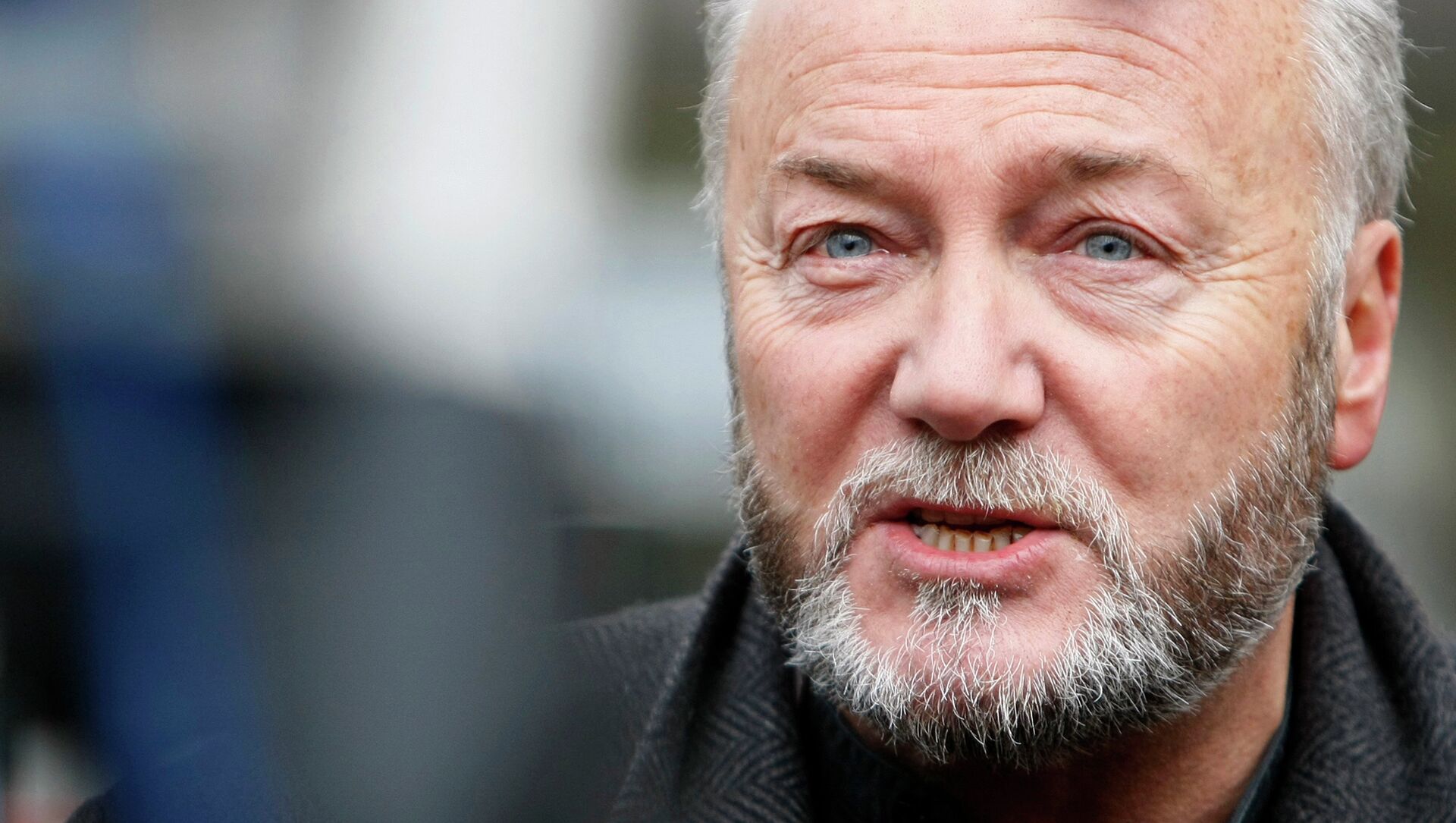 George Galloway has faced violent threats from "nationalists" during his campaign for election to the Scottish parliament. A man was arrested in March after threatening to shoot him and Scottish Tory leader Douglas Ross — but was bailed out of jail last week after pleading guilty.

Broadcaster and political veteran George Galloway has again suspended his election campaign after receiving threats from a Scottish "nationalist".

The leader of the new All for Unity party — standing in the regional list section of Thursday's Scottish parliament elections — was threatened on Twitter on Monday by a user named Kyle Forrest.

The former Glasgow Govan, Bethnal Green and Bow and Bradford West MP said he would halt street campaigning until the police had "dealt with" the threat.

​Forrest had previously posted images showing his support for the Scottish National Party (SNP), whose ruling coalition with the Scottish Greens in the Holyrood parliament All for Unity is trying to end.

​He even posted a selfie photo he took with SNP leader and Scottish First Minister Nicola Sturgeon.

He later tweeted that he had a meeting with police officers that evening.

​Just a week earlier another person, who had pled guilty to threatening to shoot Galloway and Scottish Conservative leader Douglas Ross "in the head", was released on bail awaiting sentencing. The talk show host suspended his campaign work, and he and his family vacated their home in Scotland for several days in late March until the culprit was apprehended.

Scotland's Lord Advocate James Wolffe, the country's chief prosecutor, is a member of Sturgeon's cabinet — unlike the English director of public prosecutions who is an independent official from the executive government.

A new poll showed support declining for the SNP and its flagship policy of Scottish separatism from the UK with just days to go until the election.