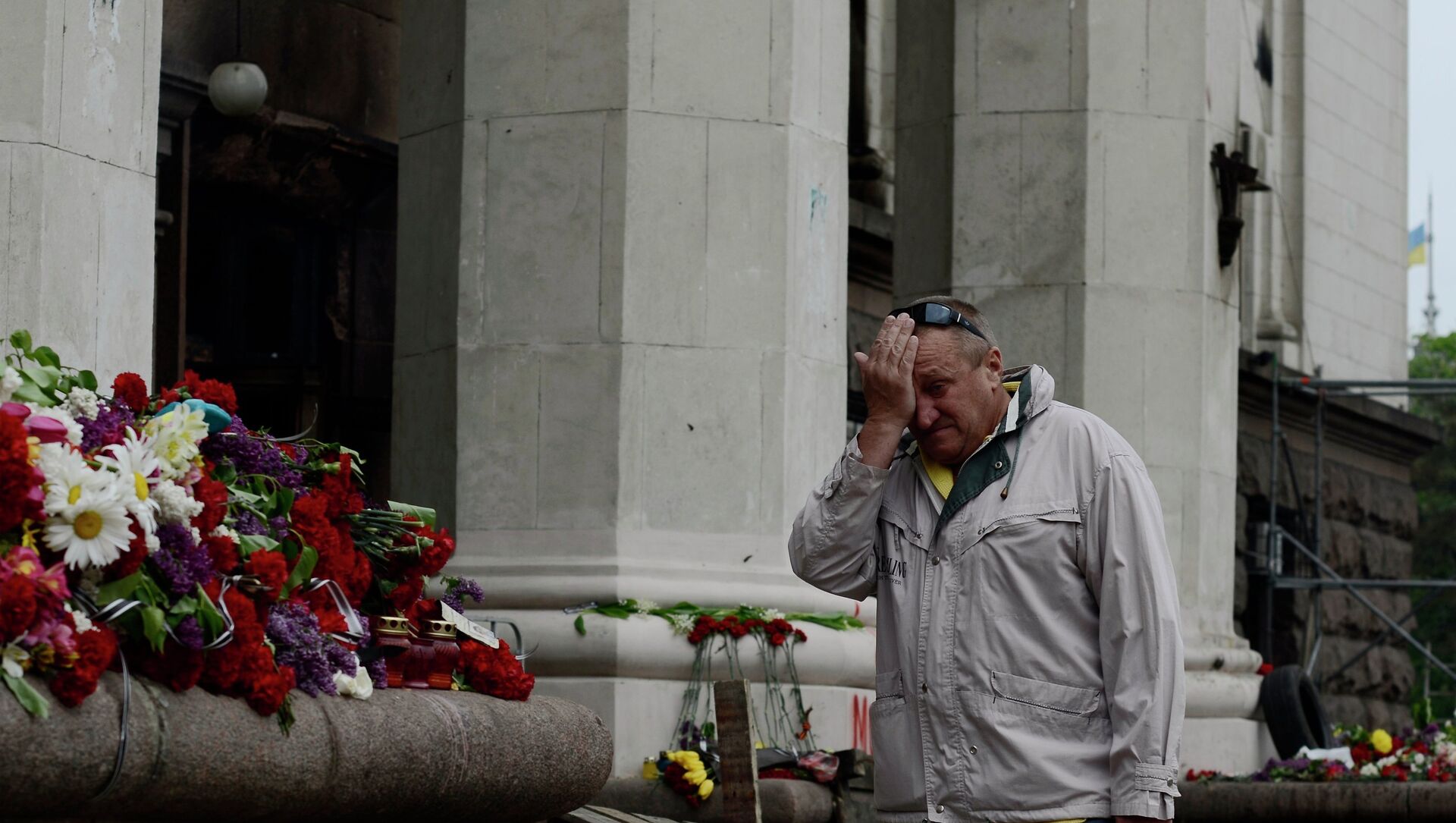 WASHINGTON (Sputnik) - A group of US activists has proclaimed May 2 to be an International Day of Solidarity with Odessa and is calling on anti-fascist organizations around the world to commemorate the massacre of dozens of people that took place in Odessa in 2014, the US-based Odessa Solidarity Campaign coordinator Phil Wilayto told Sputnik.

"The Odessa Solidarity Campaign, along with many other organizations, have called for an ‘International Day of Solidarity with Odessa and Anti-Fascists in Ukraine.’ We are asking anti-fascist organizations everywhere to hold events in their city to commemorate the 7th anniversary of the Odessa massacre and also to call for an international investigation of that atrocity, something the Ukrainian government has never agreed to," Wilayto said.

On May 2, 2014, Ukrainian national-chauvinists locked protesters in Odessa's House of Trade Unions and set the building on fire. Almost 50 people died and some 250 protesters were injured in clashes with the radicals, according to the United Nations.

The Odessa Solidarity Campaign plans to hold a vigil on Sunday in the city of Richmond, Virginia, outside of the federal courthouse.

The organizers said they are appealing to all progressive organizations everywhere to hold similar events on May 2 and to raise concerns about human rights in Ukraine. They have issued a statement urging the United States and other Western countries to stop supporting neo-Nazi groups in Ukraine and cease military support for the Ukrainian government in its conflict in Donbass.

They also called for an independent international investigation of the Odessa massacre of May 2.

"We are also asking organizations and individuals to endorse an International Solidarity Statement that we and other organizations are promoting," Wilayto said.

Similar event will take place in different parts of the world, including Odessa, the Lugansk Peoples’ Republic, Berlin, Budapest, New York City and in the Italian city of Cheriano Laghetto, the organizers said.

A vigil is scheduled in Moscow on May 3, they added.

Wilayto accuses the Ukrainian authorities of blocking an independent investigation into the Odessa massacre. 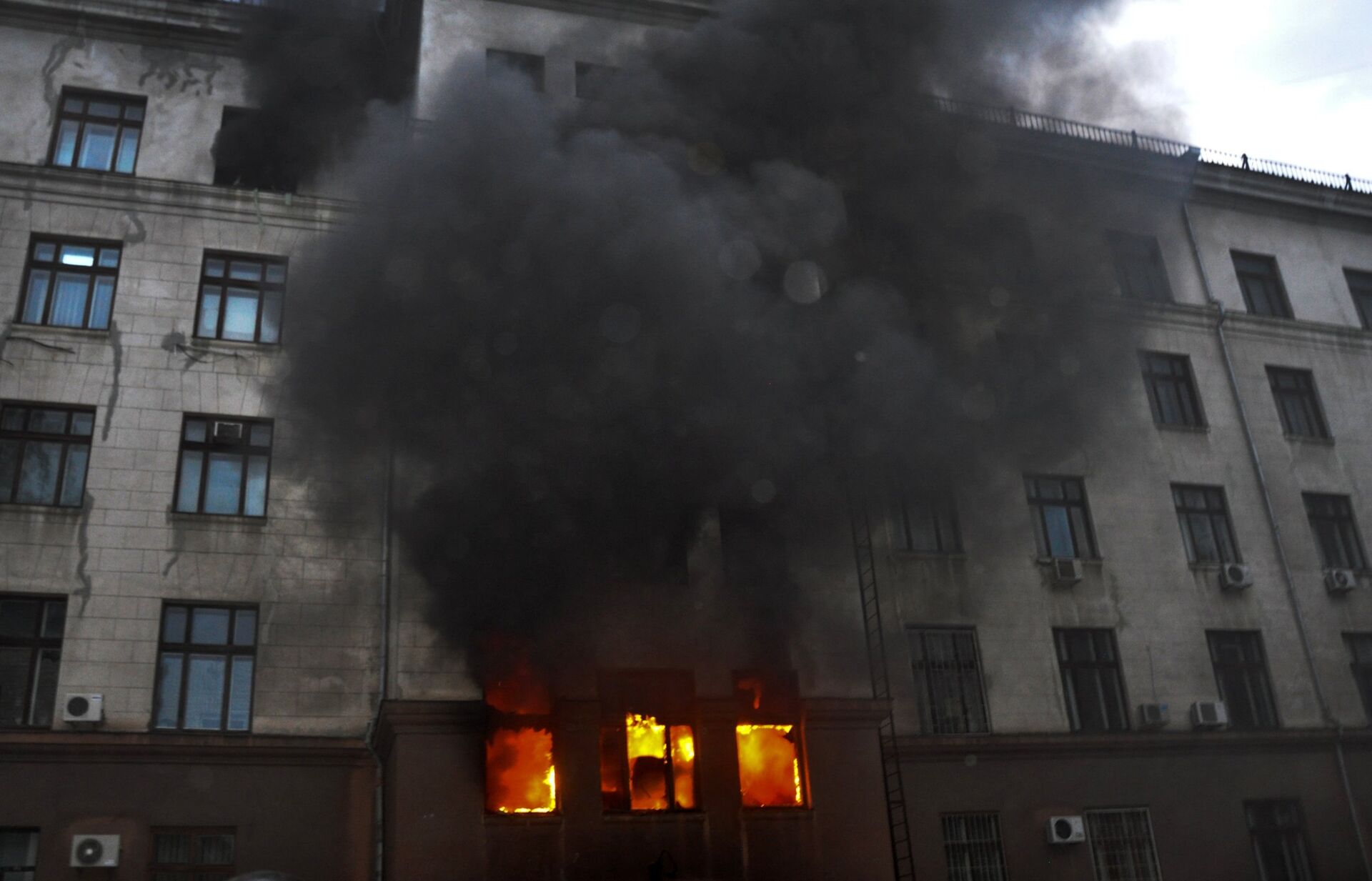 Fire at the Trade Union House in Odessa
© Photo : Odessa-media
/
Go to the photo bank

At the time of the massacre, the police did not intervene to prevent the crime and the scene was never secured for an investigation, Wilayto said.

"All of this points to the complicity of the government in the massacre, which we believe was meant to send a message to all coup opponents that any resistance would be met with severe repression. For this, more than 40 people died," Wilayto added.

World Will Be Outraged of Reality in Ukraine

Wilayto condemned the Ukrainian authorities for their acceptance of neo-Nazi groups in the country.

"Their marches take place on a regular basis in Ukraine. I saw one myself when I attended the second annual memorial in Odessa for the victims of the massacre," he said, commenting onthe recent rally in Kiev in commemoration of the anniversary of the foundation of the SS Galicia Division during World War II. In the past, such neo-Nazi parades were held in the city of Lviv. 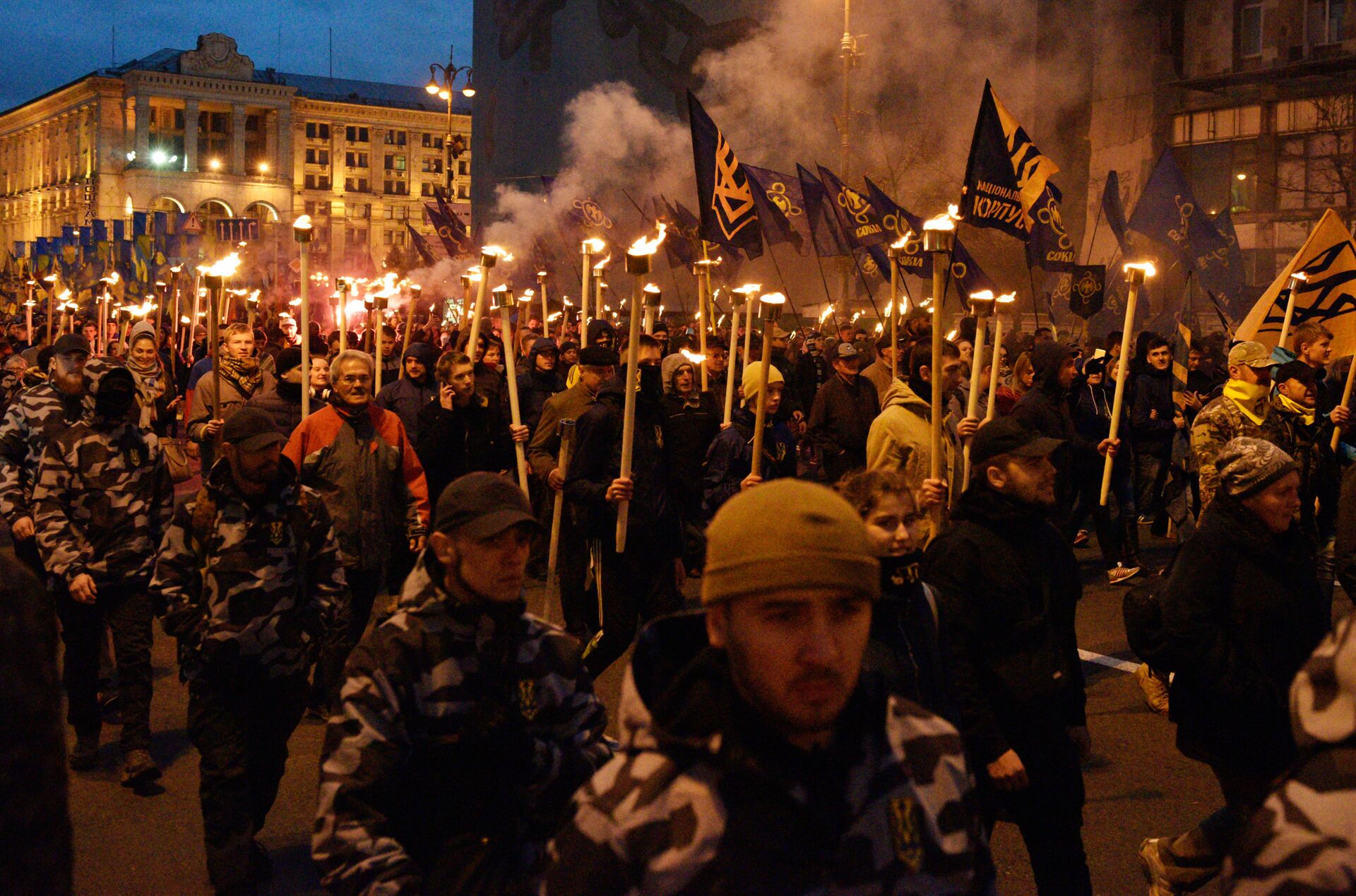 Wilayto accused nationalists organizations like the Right Sector and the Svoboda Party of participating in illegal activities and suppressing the opposition, effectively leading to the conflict in Donbas and the return of Crimea to Russia.

"I believe the world would be outraged if it knew the reality of today’s Ukraine," he said.

The SS Division Galicia - a military unit that included more than 80,000 volunteers from the Ukrainian region of Galicia - was established on April 28, 1943, to oppose the Soviet Union, which had begun to make major advances against Nazi Germany and its allies in the Great Patriotic War, the 1941-1945 segment of World War 2. The division committed numerous atrocities on the territory of the Soviet Union and Poland.

The division existed until mid-1944, when it suffered heavy losses in the Battle of Brody during a major Red Army offensive aimed at expelling the Nazi forces from Ukraine and eastern Poland.