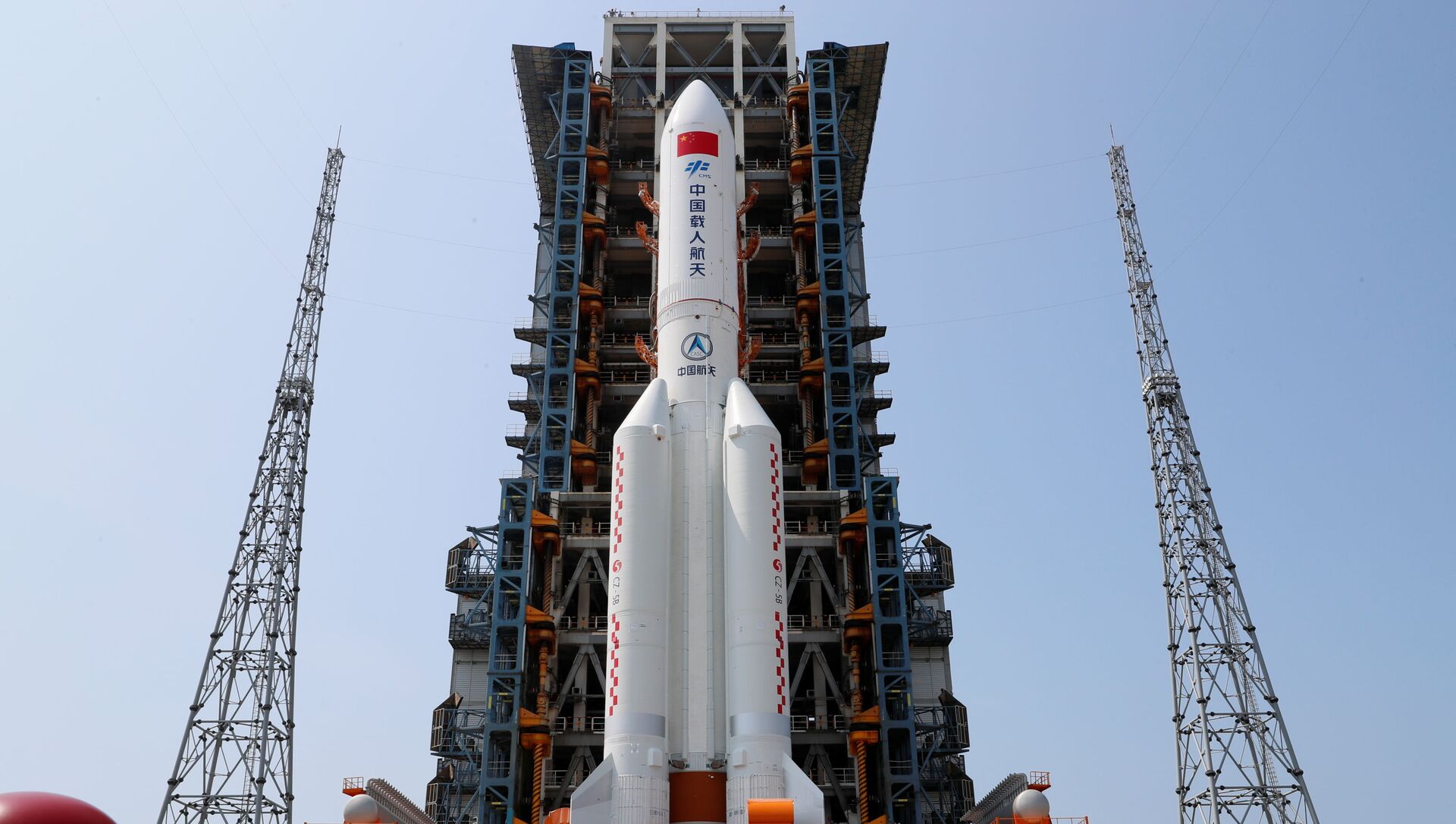 BEIJING (Sputnik) - The launch of the main module of China's future orbital station was successful, the China Central Television reported on Thursday.

According to the broadcaster, the module entered the target orbit after separating from the launch vehicle, the solar panels opened succesfully and operated in normal mode.

China launched the Long March 5B carrier rocket with the Tianhe module from the Wenchang launch site on Hainan Island at 11.23 p.m. local time (03:23 GMT).

In late February, a Long March 5B carrier rocket was transported to a launch site in southern China ahead of a mission set to lift the Tianhe core module of the Chinese space station into orbit. The spacecraft's launch was the first in a series of 12 missions to assemble China's first space outpost — Tiangong, or Heavenly Palace — in lower Earth orbit by 2022.