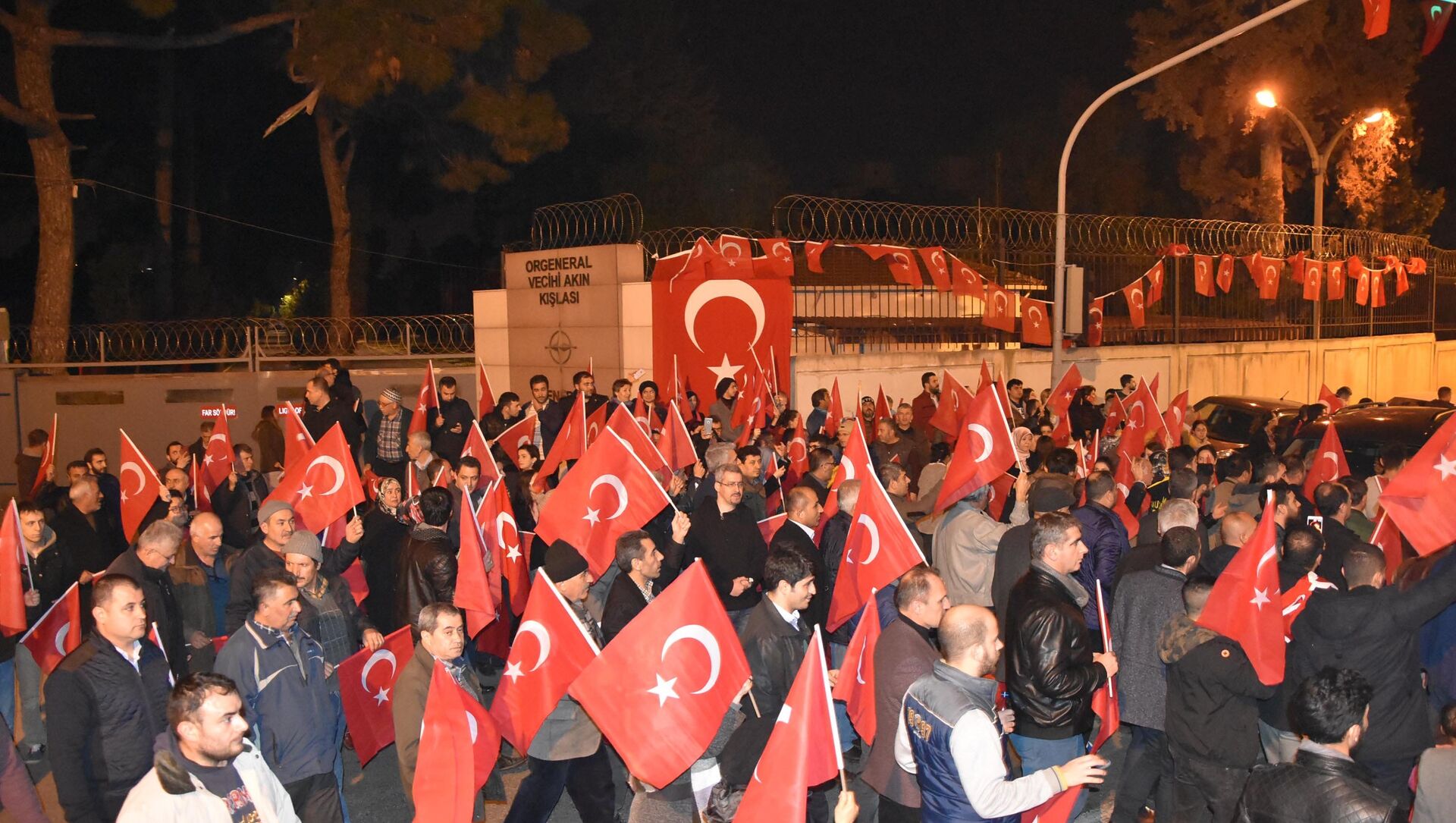 ANKARA (Sputnik) - Protesters gathered in front of the NATO headquarters in Turkey's Izmir to rally against US President Joe Biden's decision to recognise the fact of the Armenian genocide by the Ottoman Empire, Turkish left-wing nationalist party Vatan, which organised the rally, told Sputnik on Wednesday.

On Saturday, Biden used the word "genocide" to describe the persecution of the Armenian people by the Ottoman authorities in his Armenian Remembrance Day statement, prompting objections from Ankara. The Vatan party already held protests outside of the US embassy in Ankara, near the Consulate General in Istanbul, at the Incirlik airbase and in major Turkish cities, demanding that the US military bases be shut down and Crimea be recognized as Russian territory.

"The Incirlik and Kurecik bases should be immediately transferred under the full control of the Turkish armed forces, and the US troops should be sent home within 15 days. Diplomatic contacts with Russia, Iran and Azerbaijan should be initiated to recognize Crimea [as Russian] and Abkhazia [as independent], as well as the [self-proclaimed] Turkish Republic of Northern Cyprus," Rifat Mutlu, the party head in Izmir, said at the protest, as quoted in the statement for Sputnik.

The protesters also called on the Turkish authorities to immediately begin military cooperation with Syria to "put an end to the US-backed Kurdistan Workers' Party."

'Exit NATO!' Turks Protest US Troops at Incirlik Base Amid Armenian Genocide Row - Video
Armenians became a persecuted minority in the Ottoman Empire in the late 19th and early 20th centuries. In 1915, according to a number of historians, more than 1.5 million Armenians were killed. The events are recognized as a genocide by the governments and parliaments of over 30 countries.

Turkey firmly rejects the assertions of genocide and has repeatedly warned the Biden administration that such a move by the United States would hurt the already strained bilateral relations.